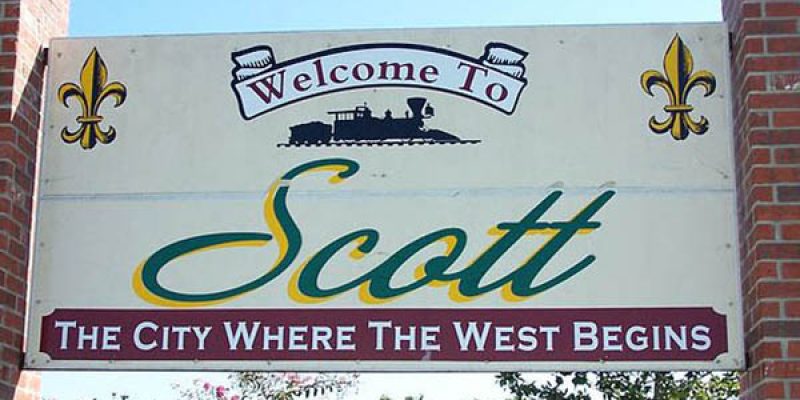 Acadiana was once a bastion for the Louisiana Democrat Party, but that is slowly but surely changing. Lafayette is one of the most Republican cities in Louisiana. The region has sent a Republican to Congress since 2004 and in the case of Congressman Clay Higgins, it now has a conservative rockstar representing them.

The region has also been growing redder on the state and local level. The majority of the Acadiana legislative delegation are Republicans. The region also has a conservative rock star in the making in State Rep. Julie Emerson (R-Carencro).

But the transition has been slower on the parish and local level. Many Democrats remain in office to provide Democrats some hope of life in the region. It is important for Republicans to win as many of these seats as possible in order to further decimate the Democrat bench.

Take for example the upcoming mayor’s race in Scott, which is in Lafayette Parish. Scott is currently run by Democrat Purvis Morrison. He’s up for reelection next year.

I am pleased and honored to announce my candidacy for Mayor of the City of Scott. Thank you in advance for your continued support, I’m looking forward to a positive campaign. #JanScottforScott #LIVEScott

Richard is a graduate of both Acadiana High School and Cardinal Stritch University in Milwaukee, WI. A proven small business owner, he is the owner of Cajan’s Eatery, LLC which has been open since 2007.

He has been Scott Mayor Pro Tem since 2010 and also serves as President of the Scott Volunteer Fire Board and the Scott Boudin Festival. He has been married to his wife Diana for 17 years and has two children.

Richard’s platform is expected to focus on economic development and growth. Scott has not grown as much as other cities in Lafayette Parish. In 2010 when Morrison took office, Scott was the largest city in Lafayette Parish, other than Lafayette itself. Now it is the fourth-largest out of five in the parish.

Here’s a comparison of how much Scott’s population has grown compared to the four other cities, other than Lafayette in the parish:

It’s even starker when you look at the number of building permits approved in Lafayette Parish in 2017. Obviously, Lafayette city and the unincorporated areas are leading with 601. Scott only approved 7 for that year which is 5th in the parish.

One person who has done very well is Mayor Purvis Morrison. He is the only part-time mayor in Lafayette Parish but he makes the most at $80,155 a year. The mayor of Carencro, who is full-time, makes just $74,778. When Morrison took office, the mayor of Scott only made $55,503.

In order to turn Louisiana into a conservative state, we must win these local and parish races. A change of leadership in Scott in November would be a small step forward towards that goal.