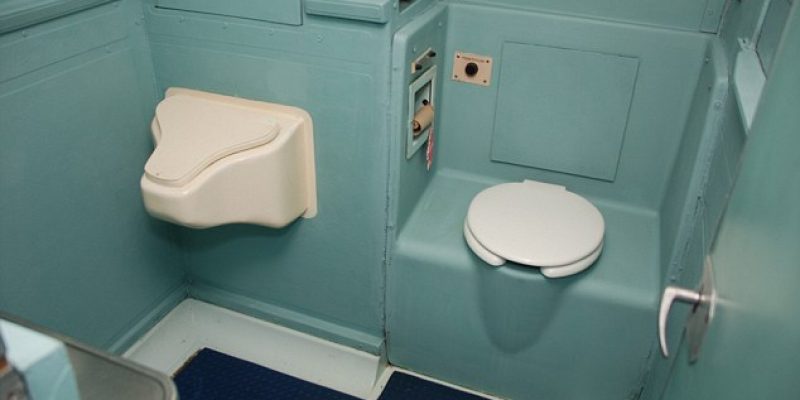 Sen. Chuck Grassley, R-Iowa, wants to know why the Pentagon spent $10,000 of taxpayer money for an airplane toilet seat.

He sent a letter last month after DefenseOne.com reported on aircraft carrier C-5 toilet covers. They can be printed in 3D for $300. Instead, the Department of Defense Department paid $10,000.

Sen. Grassley wrote: “It seems to me that there is no way to justify a $10,000 price tag for a toilet seat lid. It’s just not credible.”

He is asking the inspector general to investigate.

Will Roper, an Air Force assistant secretary involved in acquisitions, described why the toilet seat costs $10,000.

The Washington Times reports that the actual cost of the toilet seat is relatively low but it is not regularly manufactured. To produce it the company halts other production, which causes a loss of income– for which it charges the federal government. The U.S. government pays the costs of a company’s alleged production losses.

Mr. Grassley said the inspector general should have been on the case long ago, and he said he it “makes me wonder whether the DoD Office of the Inspector General (OIG) is asleep at the switch.”

The Air Force said the particular C-5 aircraft in question is old and has limited manufacturing resources. To produce a new toilet seat requires “reverse-engineering,” new drawings, and recasting a new mold. Since few replacements are needed, the amortized cost is high.

The Air Force says it no longer pays this much for toilet seats. Its spokesperson said, “We are reproducing those parts now, so we are no longer buying seats at that price.”

Apparently the Pentagon has always overpaid for toilet seats.

During the Reagan administration, the Times reports, a C-5 toilet seat cost $640 and a hammer cost $435.

Interested in more national news? We've got you covered! See More National News
Previous Article If you aren’t a U.S. citizen, this is how you can register to vote.
Next Article The Mayor’s Race In Scott Could Deal A Major Blow To Old School Acadiana Democrats