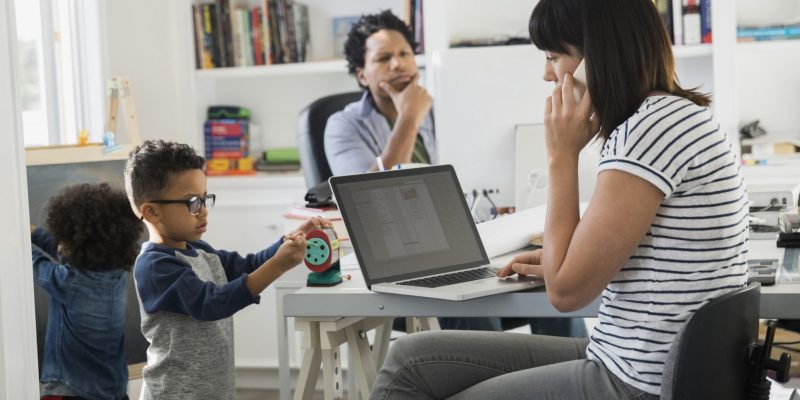 When my mother was diagnosed with Parkinson’s disease in 2013, it changed the course of not just her life, but our whole family. She had developed tremors in her hands several years earlier, followed by increasingly debilitating symptoms that left her unable to work and needing help at home, especially when she suffered surgical complications after a shoulder injury.

My mother raised five children, worked her whole life, and now is a grandmother to thirteen. It was tough for her to admit she needed help, but that was the reality we faced. My parents simply could not afford to hire a private nurse or in-home caregiver, so we researched any available resources: private, government, and charitable. But we kept running into obstacles at every turn.

Neither Medicare nor Mom’s private supplement would even partially cover the costs of in-home care. I had started nursing school and had been working for a caregiver agency, so we tried to see if we could qualify me as her caregiver, but that also failed.

We realized that the only way we could ensure Mom had the care she needed and deserved was for me to care for her. I moved in with my parents, quit my job, and delayed finishing nursing school. Thankfully she is more stable now, and so I’ll resume school in August.

The time off meant that I will have to start the program over from the beginning, but the most important thing is that Mom is still here with us, and we praise God for her doctors who have given her the best quality of life possible. Far too many families dealing with chronic medical issues like Parkinson’s are not nearly as lucky. Not everyone has a relative who can take the financial hit to quit their job or is able to delay their education.

Even medical situations that are far more passing in nature, like maternity leave after the birth of a child or a temporary illness of a child or spouse, can be financially devastating, forcing the choice between a paycheck or being there when your family needs you most.

That’s why access to paid family leave is essential to ensure stable employment and economic prosperity for Louisiana families.

Far from being a welfare handout, family leave allows workers to take care of their families without jeopardizing their employment. Even a short-term job loss can be devastating for a family living paycheck-to-paycheck, and maintaining job continuity is a key factor in allowing workers to earn raises and other career advancements.

This is especially true in Louisiana, where half of all children live in poverty. In 2015, 48% of Louisianan children in low-income families had at least one parent employed full-time, year-round, and an additional 29% of this group had at least one parent employed part-time or part-year. Helping those parents keep their jobs and continue to earn raises and career advancements is the best way to lift those families out of poverty.

Maternity leave benefits are of especially critical importance. In addition to improved psychological and emotional health for the mothers, paid leave is linked to a higher incidence of wellness pediatrician visits and infant vaccination rates. Mothers with paid leave are also more likely to breastfeed, and to do so for longer periods, which is well-documented as improving infant health.

These benefits all contribute to decreased infant mortality rates – another statistic where Louisiana is sadly one of the worst in the country, with an average 7.63 per 1,000 babies who die before they are 1 year old (the national average is 5.82 per 1,000).

Paid family leave programs are overwhelmingly popular with voters. A 2016 Fortune-Morning Consult poll showed that 74% of registered voters supported requiring paid leave for new parents, and that support carried across all categories: 70% of male respondents, 78% of women, 83% of Democrats, and 71% of Republicans all supported the idea — even 70% of respondents who identified as Tea Party supporters.

The United States is the only industrialized country that fails to guarantee new mothers paid leave, but we can change that. President Donald Trump campaigned on the idea of paid parental leave and included it in his 2019 budget, as a program to be run through the state unemployment system. Sen. Marco Rubio has a bill that would allow new parents to draw on their Social Security benefits. Other proposals have looked at spreading out the financial burden by targeting fraud, waste, and abuse in SSDI systems, investment accounts through social security funds, or a small increase in payroll taxes.

Regardless of the precise financial structure, Louisiana families desperately need reliable access to paid family leave programs, and the time to act is now. Earlier this month, the Senate Subcommittee on Social Security, Pensions, and Family Policy held a hearing on establishing a national paid family leave policy, and our Senator from Louisiana, Sen. Bill Cassidy, is the chair. I will be contacting Cassidy’s office and urging him to support a federal family medical leave policy, and would encourage your readers to do the same.

The time I took to care for my mother was a blessing in the truest sense of the word. Throughout this whole process, we have trusted in God and in each other, as we always have. But a little help to ease the way could do a lot of good for a lot of Louisiana families, and we sincerely hope Congress will give family leave the serious debate it deserves.

Interested in more national news? We've got you covered! See More National News
Previous Article Wake Forest coach in court after allegedly punching Florida tourist who fell and died
Next Article There are pedophiles in the UK Parliament and no one is doing anything about it [video]