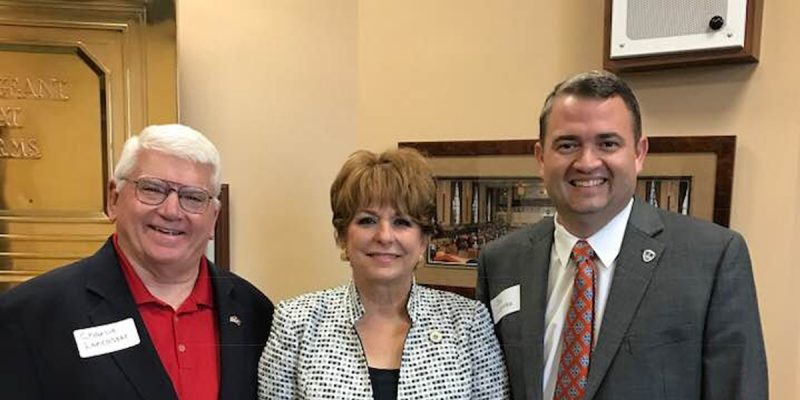 The Louisiana GOP lost another one of its early leaders with the passing of former State Representative Charlie Lancaster, the longest serving Republican legislator in state history.

When Lancaster entered the House of Representatives for the first time in 1972 the Metairie Republican was in a caucus that counted only three other members in the chamber and not a single Republican in the state senate.

If he and his colleagues held their breath, they could have literally convened in a phone booth.

When Charlie left office due to term limits in 2008, it was on the eve of something that may have seemed impossible in those lonely early days of his tenure- the election of a Republican speaker of the House of Representatives bolstered by a GOP caucus that counted 50 members.

Charlie laid the foundation for the future Republican majority in the Louisiana House of Representatives by recruiting conservative representatives who had been elected as Democrats into switching to a political party of little relevance.

I couldn’t imagine it being an easy sell for Lancaster especially with Edwin Edwards running the state.

Why would politicians willingly diminish their clout by formally affiliating with a party very much in its infancy?

Yet Charlie’s persuasion paid dividends, resulting in Jefferson Parish becoming a bastion of Republicanism, with more GOP legislators coming from the suburban New Orleans community than any other parish.

While quite a few Republican legislators confined their party activism to their own re-election bids, Charlie was truly committed to the election of Republicans and was personally involved in the campaigns of GOP candidates on all levels.

One day a guy entered the headquarters of a Republican judicial candidate promising to deliver “his people.” After the political hustler left, the candidate asked Lancaster his thoughts, with Charlie delivering an answer worthy of King Solomon- take out a c-note, cut it in half and give one part now and give the other half of the Franklin after the election only if he delivered.

Lancaster’s advice was in jest but it underscored his street wise political experience you don’t learn in a Civics 1001 classroom.

One of the best testaments to how greatly Lancaster was respected by his legislative colleagues on both sides of the aisle was that he was permitted to chair the influential House and Governmental Affairs committee even though Democratic Governor Kathleen Blanco’s allies controlled both chambers.

Charlie had joked it was more punishment than compliment because of the workload that came with running the committee, especially since the body was stacked with Democratic legislators.

While there will be a bevy of flowers delivered to Charlie’s service from the many people he worked with and mentored over the years, a trowel emblazoned with the GOP elephant logo may be the most appropriate tribute, symbolizing his decades of work successfully building up the Republican presence in the State Capitol from both the inside by convincing folks to switch and the outside by working for their election.