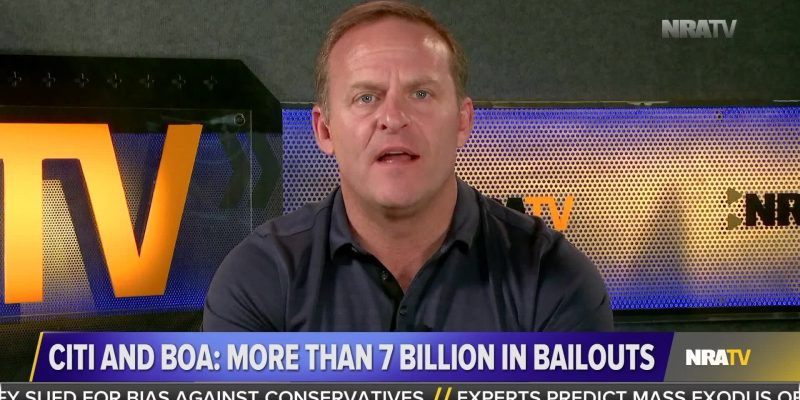 Louisiana officials have had to address state financing issues after Citibank and Bank of America implemented new policies restricting the Second Amendment rights of business owners and credit card partners with whom the companies do business nationwide.

U.S. Sen. John Kennedy, R-Louisiana, petitioned the General Services Administration to cancel Citigroup’s federal contract. And most recently, the State Bond Commission made national headlines by voting to disqualify the two banks as underwriters for a $600 million road financing plan.

The effort to ban the banks was led by commission members and Republicans, Attorney General Jeff Landry and Treasurer John Schroder, and opposed by Democratic Gov. John Bel Edwards’ administration.

In March, Citibank announced a company-wide policy impacting small businesses, commercial and institutional clients, and credit card partners nationwide, requiring them to not sell firearms unless they met the bank’s conditions, and prohibiting them from selling bump stocks and high-capacity magazines.

In April, Bank of America announced that it will no longer finance companies that manufacture “military-style firearms for civilian use.”

Kennedy sent a letter in April to Edwards and Treasurer John Schroder, saying, “I find it disturbing that these government-chartered banks may be profiting from taxpayer-funded contracts at the same time that they are severing ties with Louisiana businesses. During the financial crisis, Citigroup and Bank of America received taxpayer-funded bailouts worth $812.3 billion. These days, not only does Citigroup have a lucrative contract with the federal government, but it has come to my attention that Bank of America may supply purchasing card and credit card processing services to several state agencies in Louisiana.”

According to The (Baton Rouge) Advocate, Citigroup hasn’t contracted business with state government in the past three years. Bank of America handles $424 million in loans for the state, and has a processing contract with it. According to Schroder, Louisiana has 1,486 dealers, gunsmiths, and pawnbrokers who have federal licenses and are legally permitted by state law to sell firearms to 18-year-olds.

Edwards called Kennedy’s position “political posturing,” and his chief counsel, Matthew Block, proposed a resolution for the State Bond Commission in April, which passed by a vote of 8 to 6. Commission members reversed that decision this month, however.

Speaking before the Bond Commission, representatives from both banks defended their policies, arguing that they do not infringe on Second Amendment rights. They argued that their policies don’t “restrict or infringe on Louisiana citizens’ constitutional right to bear arms.” Landry objected, saying they were “disingenuous at best.”

“I personally believe that these policies are an infringement,” of Louisiana citizens’ constitutional right to purchase guns, Schroder said.

Senate President John Alario Jr., R-Westwego, said that he was “worried about the bottom line to the state of Louisiana. It puts us in an awkward position.”

The $600 million borrowing plan at issue was designed to fund widening Interstate 10 in Baton Rouge, create a new exit on Interstate 20 into Barksdale Air Force Base, and an I-10 interchange to feed into a new terminal at the New Orleans airport. Funding would come from the sale of federal construction bonds that would be repaid over 12 years with federal highway dollars.

Citibank and Bank of America were among 19 financial institutions that issued solicitations for the plan.

“We have a very capable group of underwriters including some of the biggest banks in America who want to participate in this deal,” Schroder said. “No one can convince me that keeping these two banks in this competitive process is worth giving up our rights.”