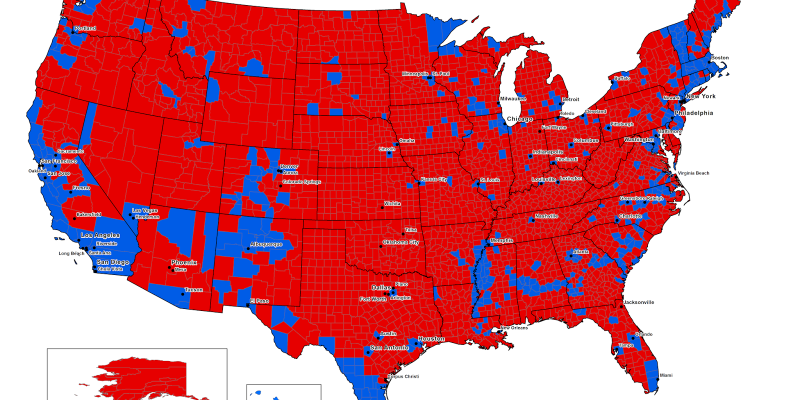 The 2020 census holds significant power over the future of elected representation in America. Whether or not the census methods remain unchanged makes no difference when considering the extent of its influence.

Currently, millions of illegals and citizens are being accounted for indiscriminately in the census. The presence of illegals in the U.S. is therefore being represented in local, state and federal elections when it comes to the representative power given to places with high illegal population density. Their inability to vote does not restrict representatives from these regions being more plentiful. Thus, counties, districts and states with a surplus of illegals are benefiting from this foreign presence.

To understand the extent to which this affects electoral politics, one can look at impact that would result from a simple change in the census. If non-citizens were cut from official population totals, 11 states would shuffle around representatives. Those with a high quantity of illegals would naturally be donating congressional seats over to states that do not harbor this class of residents.

Considering the relative impact this might play on the 2020 election, the 2016 electoral map is a good reference point since the incumbent President will likely once again resonate with similar regions of the country from the first go around. Based on the 2016 election, 7 red states and 4 blue states would be affected by the redistribution of representatives. The red states include Texas, Florida, Louisiana, Missouri, Montana, Michigan and Pennsylvania. The blue states include California, Colorado, Minnesota and New York.

The impact for red areas would see Texas and Florida each lose 1 seat, while the five other red states would gain 1 seat, for a net gain of +3 seats in the House and therefore +3 electoral college votes. Impacted blue areas would see California lose 4 seats, New York lose 1, while Colorado and Minnesota each gain 1 seat, for a net loss of -3 seats. Altogether this would result in a +6 advantage for 2016 red states.

A shift of 6 electoral college votes going one direction can play a decisive role in a close race. Past the presidential election, a +6 Representative swing in the House can make all the difference when it comes to passing legislation. Strategically, the 2020 census means a good deal to both parties. Democrats would benefit from keeping the status quo, while Republicans would be smart to push for only counting citizens along with the reapportionment of Congress in response.

The above hypothesized shift in representation may also be understating the quantity of illegals that reside within the country. A real census count of citizens vs non-citizens would do well to clarify this murky number. A delineation between the two types of U.S. residents in the 2020 census could hypothetically end up resulting in an even further impact than just the already substantial 6 House seats mentioned.

Interested in more national news? We've got you covered! See More National News
Previous Article Why you should use DuckDuckGo, not Google
Next Article Over state treasurer’s objection, Louisiana Bond Commission OKs $654 million in lines of credit for capital projects