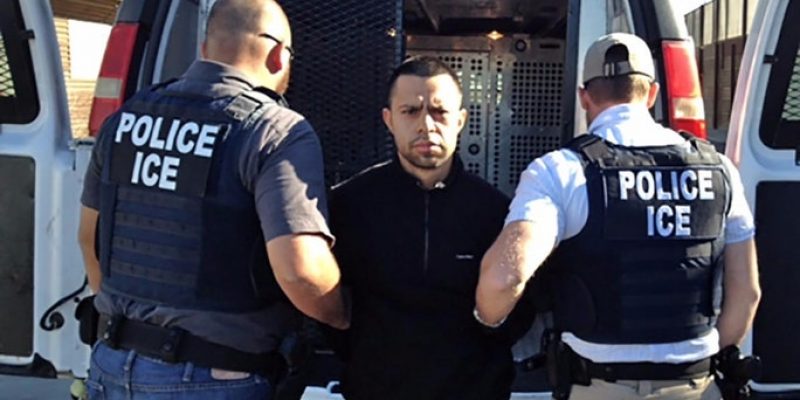 If there is a real debate about how many illegals reside within the country, one can safely presume the number is quite high. A proposed 11 million has been touted for years as if statisticians just fell asleep at the drawing board. Dubious algorithms are instead used to justify this stagnation. The more X’s and O’s that make up an equation, the less likely Americans are to question these supposed experts. At least that is how the thought process goes.

Yet numbers keep coming in that simply can’t be explained away. The Department of Homeland Security recently released the 2017 Entry/Exit Overstay Report. The report, “provides data on departures and overstays, by country, for foreign visitors to the United States who entered as nonimmigrants through an air or sea Port of Entry (POE) and were expected to depart in FY 2017.” It was discovered in this one year time frame there were over 600,000 overstay events.

This number alone would transfer into a 6.4% increase to America’s static 11 million strong illegal population. Yet, this report from the DHS, “represents only travel through air and sea POE’s and does not include data on land border crossings.” It is unaccounted for in this study how much larger the overstay number would be if land crossings were tallied. That number is surely not insignificant. To better understand this undocumented category, “DHS is currently working to improve its monitoring capability for land POEs.”

More remains to be considered past those who became violators of immigration law some date after legal entry. An additional 300,000 were apprehended illegally crossing the southern border in 2017. To be clear, this does not include those who evaded contact with border security.

Still, this was one of America’s better years, as the emergence of Trump into the White House is believed to have deterred many from attempting the journey. Apprehensions in 2017 were down 23.7% from 2016, making 2016 much closer to a total of 400,000. The ora of Trump has since died down though, and it is becoming understood that the system remains just as porous as before. The current year is likely to see a substantial jump from 2017 numbers.

Now, even the U.S. northern border is under siege. In the first six months of 2018, there has been a 142% increase in illegal border crossings from Canada. Efforts have thus far proven to be lacking on the southern border. If there becomes a real demand for policing the Canadian border, a test of America’s will to sovereignty may soon dial up a level of difficulty.

Nevertheless, Americans are assured the number of illegals will remain perpetually fixed at 11 million. Any suggestion otherwise is not worthy of a genuine discussion. The additional million or so illegals every year are supposedly just falling through the soil into the ether. Who are Americans to question the physics of reality?

Interested in more national news? We've got you covered! See More National News
Previous Article CROUERE: The NFL’s Kneeling Millionaires Are Still At It
Next Article Why you should use DuckDuckGo, not Google