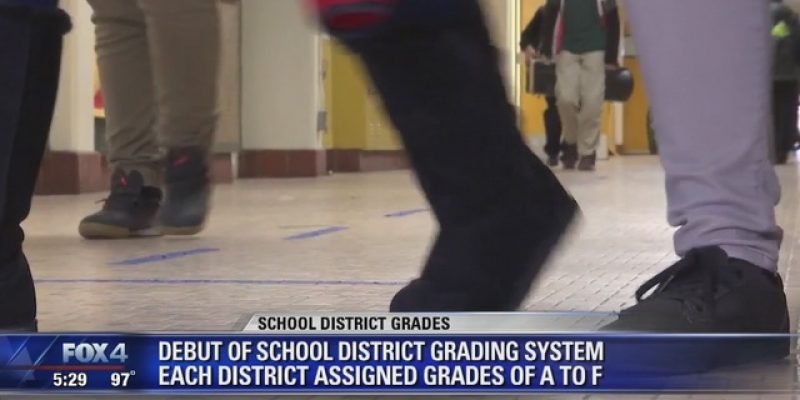 In January, the Texas Education Agency (TEA) published preliminary ratings under its new A-F rating system, by which school districts were graded.

This week, school districts were graded according to an A-F rating system, which was designed to “help parents determine the best options for their children,” the Texas Tribune reports. 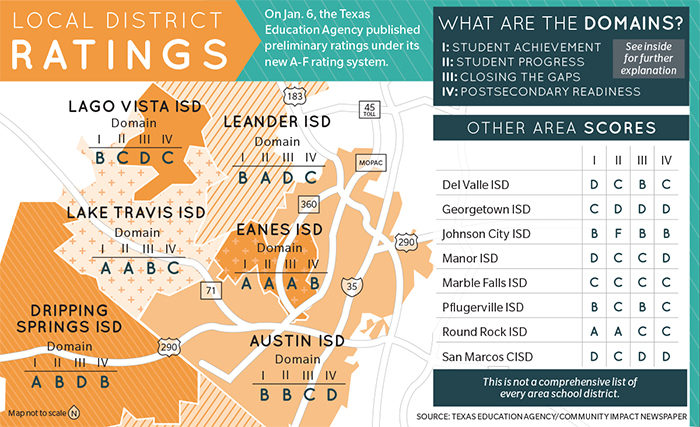 State officials argue that the new grading system for school districts is more transparent but the issue has caused a political firestorm over the last year.

TEA  created a website for parents to look up school districts’ and schools’ grades, and review the data points and calculations used to determine the grades.

“There’s some level of understanding about what A-F means, and that’s part of the reason of what makes this easy for families,” said Penny Schwinn, TEA deputy commissioner, at a briefing for business and legislative officials Tuesday, the Tribune reported.

Former Texas Education Commissioner Michael Williams said in a statement that the rating system would “kickstart the conversation around school quality.” Williams is now chairman of the board of Texas Aspires, an advocacy group focused on holding students and schools accountable for better grades and education outcomes.

School superintendents and educator advocates have expressed vehement opposition to the ratings. They argue state officials “are stuffing numerous important metrics into a single, simplified letter grade, ultimately misleading parents about how a single school or district will serve their children,” the Tribune reports.

As a result, and in opposition, more than 50 school districts created their own “community-based accountability” systems. These systems take into account parent survey results, student clubs and other measures than just looking at state standardized test scores.

“This system is designed to make parents angry at schools and districts when their fury should be directed at elected and appointed officials who pushed this system designed to shame public education.”

Florida was the first state to adopt an A-F accountability system in 1999. Since then, other states have followed suit—sparking similar debates about whether or not the graded system is fair or accurate. Each state grades its districts according to different metrics.

This is how it works: school districts receive a letter grade of A-F for each category:

Each category receives a grade but then the overall grade is weighted. The first two categories account for 70 percent of the total grade, with the state only counting the better score of the two categories. Then the third category accounts for 30 percent.

Schools will not receive official grades until August 2019.

The rating system heavy relies on state test scores as a measure of student performance. The legislature argues that standardized tests, tailored to Texas curriculum standards, provide one of the only consistent statewide metrics.