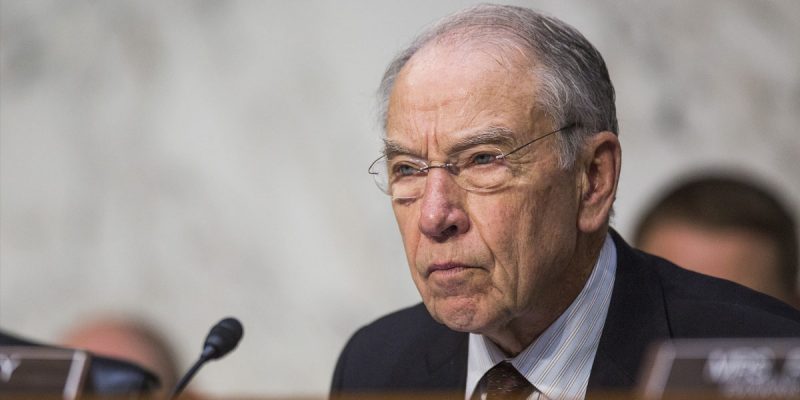 This week it’s been pretty obvious that the supposed bombshell allegation made by Dr. Christine Blasey Ford, a psychology professor at a small graduate school in California and a committed Hard Left activist, that Supreme Court nominee Brett Kavanaugh groped her when both were in high school in 1982 (or perhaps 1981), is essentially a setup aimed at delaying Kavanaugh’s confirmation until after the midterm elections the Democrats believe they’re going to win – and at that point a Democrat-majority Senate can derail his nomination entirely.

Why do we know this? Well, the telltale sign of it came yesterday, when after Senate Judiciary Committee chairman Chuck Grassley offered Ford the opportunity to testify at a special hearing on her allegations, with the committee members and staff having an opportunity to vet them based on her testimony and that of Kavanaugh, who any good-faith person would agree should have the right to face his accuser, Ford resisted. Through her attorney, she demanded that an FBI investigation be conducted into her charges.

This was a bizarre request, and one clearly designed to gum up the confirmation process. First of all, what has been alleged is not a federal crime. Second of all, it isn’t a crime at all – not after 36 years, when clearly any applicable statutes of limitations would have long since run. Even the local police wouldn’t undertake such an investigation, much less the FBI.

The FBI does do vetting of nominees to be selected by the White House for federal positions, and has done so no less than six times with respect to Kavanaugh as he’s ascended through the governmental ranks in various positions before his current seat on the DC Circuit Court of Appeals.

But as Grassley noted in a letter today to Debra Katz, the Soros-funded leftist activist lawyer representing Ford who had arrogantly denied any responsibility to corroborate the allegations, this ain’t the FBI’s business now. It’s the Senate Judiciary Committee’s business, and the Senate Judiciary Committee – not Christine Ford or Debra Katz – gets to decided how business gets done.

How this plays out will be quite interesting. Ford might outright refuse to testify under the conditions Grassley presents, in which case Grassley is going to be under some pressure to just hold the committee vote and move the nomination forward, likely on a party-line 11-10 tally (Arizona Republican Jeff Flake, who has quite lived up to his name this week, has refused to commit to the Kavanaugh confirmation so far; the bet is he would do so when put to the question).

Regardless, there is no reason to wait past next week on the confirmation. These allegations were presented to the ranking Democrat Dianne Feinstein back in July and she refused to put them forward to the committee when they had a chance to review them as part of the normal course of business. Feinstein’s actions were a bright-line example of bad faith and have probably done permanent damage to the judicial confirmation process, and the allegations themselves – which lack the flavor of truth based on a failure of corroboration, zero pattern of similar behavior on Kavanaugh’s part, two separate denials it ever happened from other supposed witnesses Ford named (Kavanaugh and his high school friend Mark Judge have both said the alleged incident is not a case of a misunderstanding but an outright lie) and even Feinstein has admitted she can’t vouch for the truth of the allegations – will forever taint someone whose life history is one of honorable behavior and respect towards women.

One senses Grassley is furious at the breach of protocol here and won’t tolerate much in the way of delaying tactics. He laid down the law to Katz in that letter and we wouldn’t expect him to brook much more in the way of dirty tricks on his watch.

Interested in more national news? We've got you covered! See More National News
Previous Article AG Landry To JBE: You’ve Got To Back Down On The Carolyn Prator Matter
Next Article APPEL: The Stats Don’t Support Governor Edwards’ Demands For A Teacher Pay Raise