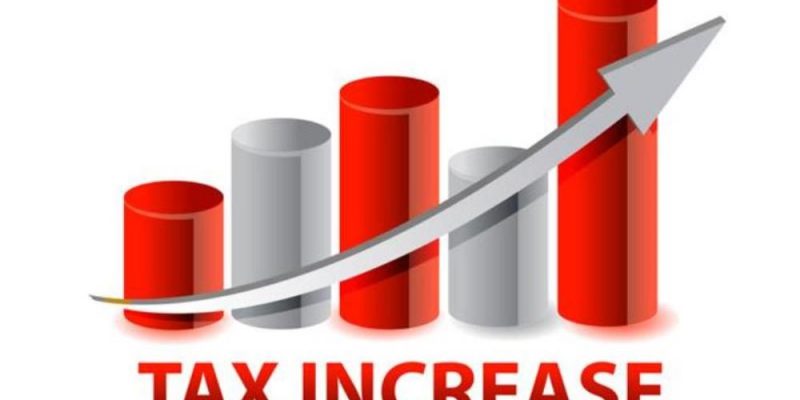 One primary message from Democrats this election is that if they win the majority in the U.S. House, or win their respective governors’ seats, they will do everything they can to increase taxes.

Bloomberg News notes that, depending on election outcomes, Congressional Democrats will target the corporate income tax rate and capital gains at the federal level.

House Minority Whip Steny H. Hoyer this week called for lawmakers to bring back earmarks if Democrats were to win the House. Earmarks are federal funds directed to specific projects in congressional districts. They often created incentives for legislators to pass a particular bill; touting federal funds for a district project was often popular with voters and donors, politicians claimed in press announcements. However, in the mid-2000s, bribery and corruption scandals became more publicized, as did public criticism about wasteful government spending, and Republicans ended the practice.

Congressional Republican leaders like Rep. Kevin McCarthy and Jim Jordan continue to express their strong opposition to earmarks, which they argue will continue after House Speaker Paul Ryan’s retirement. Tom Schatz, president of Citizens Against Government Waste, warned in a news release that, “All members need to be reminded of the consequences of earmarks,” describing them as “corrupt, inequitable and wasteful.”

But in a speech at the Columbus Club at Union Station, Hoyer said, “Republicans eliminated earmarks altogether, and the result has been an abdication of Congress’ power of the purse.”

Democrats in the Senate and House have suggested increasing the corporate tax rate to the mid- to high-20 percent range. On the campaign trail, many are claiming that the Tax Cuts and Job Act (TCJA) signed into law by President Donald Trump in December, which decreased the corporate tax rate from 35 to 21 percent, benefits only the extremely wealthy. They point to estimates from the nonpartisan Joint Committee on Taxation that the reduction will cost $1.3 trillion over the next decade.

Democratic U.S. Sen. Ron Wyden of Oregon, who sits on the Senate Finance Committee, has suggested raising the rate, although he hasn’t specified by how much. In Florida, Democratic gubernatorial candidate Andrew Gillum said if elected, he would increase Florida’s corporate tax rate to 7.75 percent, an increase of 40 percent.

The Tax Foundation argues that the newly lowered corporate rate will help grow the economy in the long run and boost wages. Raising the rate would “dismantle the most significant pro-growth provision in the TCJA and carry significant economic consequences,” the Tax Foundation’s Erica York argues. “A corporate tax rate that is more in line with our competitors reduces the incentives for firms to realize their profits in lower-tax jurisdictions and encourages companies to invest in the United States.”

She calculates that even an increase of one percent, a number far lower than Democrats are suggesting, would reduce long-term GDP by more than $56 billion. A smaller economy, she argues, “would result in a 0.5 percent decrease in capital stock, 0.18 percent decrease in wages, and 44,500 fewer full-time equivalent jobs. Raising the rate to 25 percent would reduce GDP by more than $220 billion and result in 175,700 fewer jobs.”

Democratic candidates have also announced their intent to increase property and income taxes, tax stock and bond trades, and limit the SALT cap.

Both Sens. Bernie Sanders, an independent, and Kirsten Gillibrand have expressed support for taxing stock and bond trades.

In Nevada, before he won the Democratic Primary, gubernatorial candidate Steve Sisolak said of raising taxes, “everything is on the table.” After he won the primary, he said, “The property tax caps that were introduced and implemented over a decade ago are not working.” Sisolak supports a technical change that would circumvent the cap, thereby increasing the taxable amount.

In Illinois, Democratic gubernatorial candidate J.B. Pritzker supports changing the state’s constitution to allow for a graduated income tax to raise more revenue. He has refused to say what rates he’d set at what income levels.

Congressional Democrats are considering eliminating the SALT cap, which limits the amount of state and local taxes an individual can write off at $10,000. Repealing or increasing the cap on that deduction is a high priority primarily for Democrats who represent a handful of high-tax states, Bloomberg News notes.

If Democrats were to win the majority of the House and not the Senate, any tax legislation House Democrats might pass most likely would not pass in the Senate. If it did, it would mostly likely be vetoed by President Trump. Political analysts suggest that proposing a range of tax increases is part of a greater strategy beyond the midterm election as a way to gauge priorities if it were to win the Senate majority or the White House in 2020.