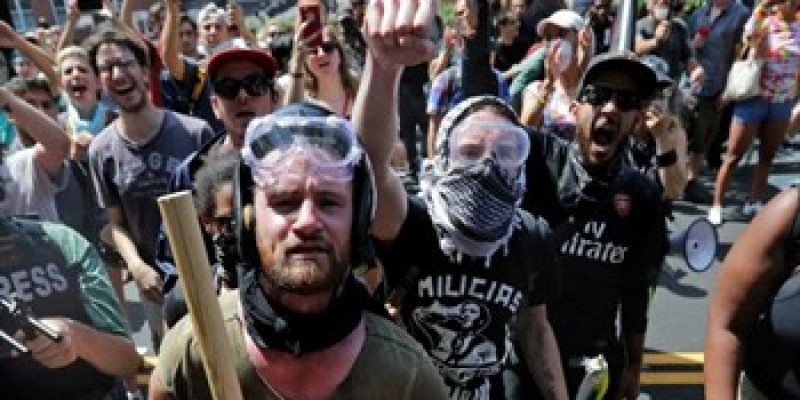 A faith rooted in millennia old bible teachings no longer has a secure place in society with the emergence of 21st century sexual and gender liberalism. Celebration Church in Austin, Texas was recently targeted for traditional Christian values and views on sexuality and marriage. Protesters from LGBT and Antifa gathered together the weekend of September 15-16 in attempt to shut down the church for the teaching of traditional Christian values.

“Militant and Marxist protesters from LGBT and Antifa groups gathered to shut down a Christian megachurch in Austin, Texas,” reports Keep the Faith news. The protestors were, “reportedly demanding that its members renounce their biblical views on sexuality while condemning the church’s support of biblical marriage between one man and one woman.”

Masked protesters marched into the church’s auditorium waving rainbow flags and yelling chants. Seeing the church as a beacon of intolerance, the protesters denounced the church’s biblical stance on homosexuality. “These kids that are gay, lesbian or trans – they end up hating themselves because of the beliefs y’all are spreading!” one masked protester shouted.

According to the protesters, this belief system is “anti-immigrant and anti-LGBT! They should be run out of this city!” One protesters yelled through a megaphone, “We are not going to give!” and “We won’t stop until this bigoted church leaves Austin!”

Pastor Kuykendall knows that their belief system is different from the protesters, but suggested that neither himself or his church promotes hostility towards anyone like the protesters were suggesting. His church has open doors to anyone and everyone, and wishes to promote the message of Jesus to all who are willing to hear it.

The Church’s online mission statement further defends the pastor’s depiction of the church as being a friendly environment, and welcoming to people of all walks of life. “We welcome all people – regardless of age, race, sexual orientation, religion or political beliefs. We also believe that every person must be afforded compassion, love, kindness, respect and dignity. Hateful and harassing behavior or attitudes directed toward any individual are to be repudiated and are not in accord with the doctrines of the church. Anyone seeking God and wanting to learn more of the teachings of Christ is welcome and will not be excluded from attending Celebration Church. We welcome all people.”