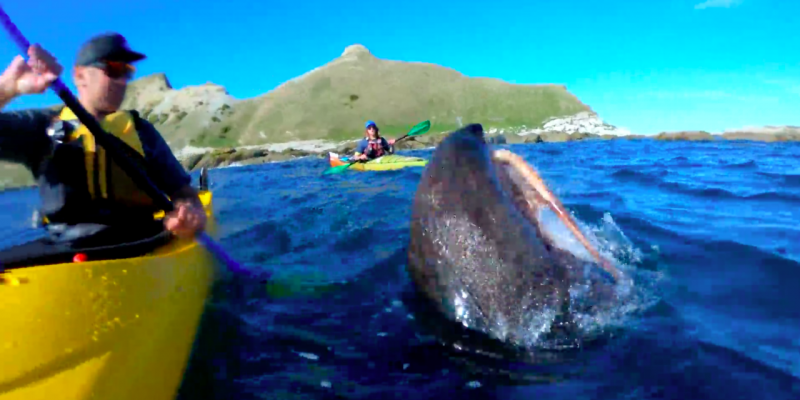 Real life kayaking in New Zealand: a seal may swim up to you and hit you with an octopus. The best part about it is that it was caught on camera.

Kayaker Kyle Mulinder was with a group off the coast of New Zealand’s South Island. Mulinder, a GoPro content creator, told Yahoo7 News, “My face happened to be in the wrong place at the wrong time.”

Fellow kayaker and GoPro user, Taiyo Masuda, writes in the video’s description that he filmed the seal slap on the new GoPro Hero 7 Black.

In all fairness to the seal, it was trying to eat the octopus and in the process was trying to free itself from its tentacle. In case you’re wondering, seals eat octopuses.

The seal that was filmed is a New Zealand fur seal, Laura Boren, marine science advisor for the New Zealand Department of Conservation, told The Verge. A large population lives off the coast of Kaikōura on the South Island, Boren explained.