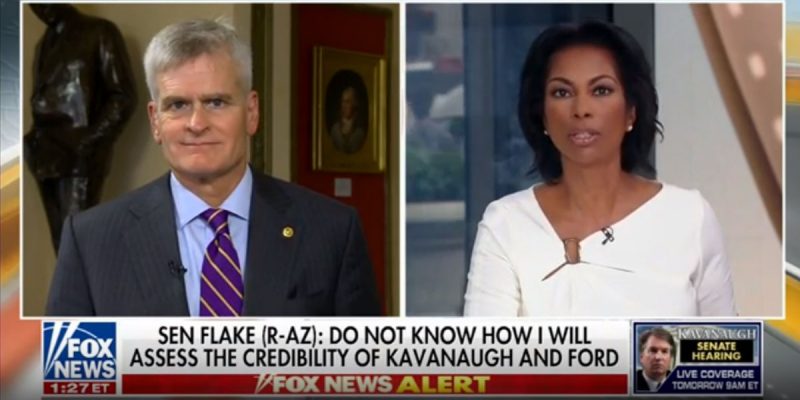 Today, the Senate Judiciary Committee is holding its hearing for Dr. Christine Blasey Ford and Judge Brett Kavanaugh, a case that has dominated the media cycle for weeks now. Many claim that this incident is a political ploy, noting the coincidence that everyone President Trump nominates or endorses happens to be a sexual predator of exclusively left-wing women. The addition to this argument is that this sets a terrible precedent for innocent men as well as women that have actually experienced sexual assault and need to be believed. The other side of this argument is that women deserve to be believed unconditionally, and failure to appease this thought process is why so many women are too afraid to speak up about their experiences.

Earlier this week, the attorney locked his twitter account from public view after announcing he would be representing a third anonymous accuser. Rumors circulated that he had been duped by a user on popular message board site 4chan, and that the third accuser was actually a prankster that lured Avenatti to go public about the accuser prematurely, leading many to believe there was no accuser, until he produced someone to peg Kavanaugh as a rapist. Needless to say, his credibility took quite a hit this week. Avenatti promptly issued the statement that he has “never, ever had to retract a statement.”

“Now, I have to judge it as I am told, and we are being told that a woman went to 10 different parties where women were being gang raped, and never reported it until, again, two days before this hearing. Now, that just doesn’t seem right to me. Why would she continue to go to parties where this would occur? We’ve not heard more from her, but we have to have a filter. Clearly the game plan of the left is to come out with a accusation, accusation, accusation, which can never be disproved but which are meant to taint, and that’s unfortunate,” Cassidy expresses.

The Louisiana senator also points out that Avenatti is “all about publicity.” The lawyer is notably pompous in his media presence, which could lead to his doing whatever is necessary to save face when caught in a lie—such as producing a false rape accuser if need be. Cassidy continues by focusing on Kavanaugh’s credibility, citing that the FBI ran six background checks on the judge, with nothing damaging found, a true testament to Kavanaugh’s genuine character. “If I judge Kavanaugh’s life work against Avenatti’s, I’ll go with Kavanaugh.”

Cassidy goes on to write this off as a tactic, nothing more than a means to delay the vote and even deny the appointment altogether. “I think we should go ahead with the vote,” he states. Upon being asked if he’s worried about republicans voting against Kavanaugh after the verdict in today’s hearings, he says “I hope they make the [decision] that attests to the man’s character.”

Interested in more news from Louisiana? We've got you covered! See More Louisiana News
Previous Article Politico: Kavanaugh accuser had restraining order against her
Next Article VIDEO: Lindsey Graham GOES OFF On Democrats For Their Handling Of The Ford Allegations