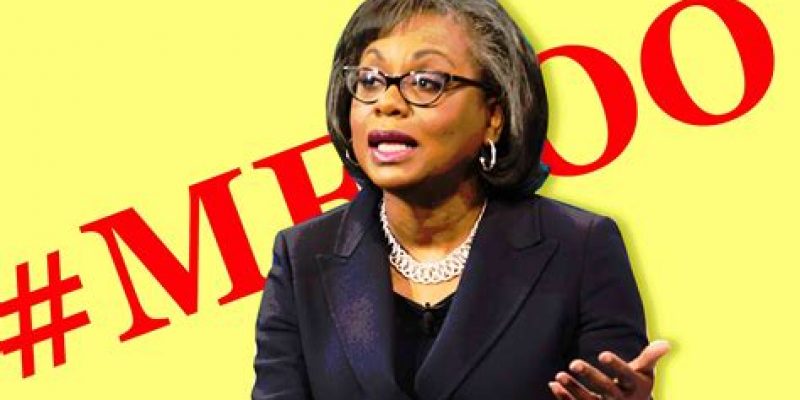 Anita Hill chastised the Senate Judiciary Committee Friday morning while giving remarks at the Grace Hopper Celebration in Houston, the Associated Press (AP) reports. The event catered to women technologists and was held at the Marriott Marquis one day after after Christine Blasey Ford testified that Judge Brett Kavanaugh sexually assaulted her while the two were teenagers at a house party.

Twenty-seven years ago, Hill sat before the Senate Judiciary Committee and testified that then-U.S. Supreme Court nominee Clarence Thomas had sexually harassed her.

Thomas was confirmed to the U.S. Senate, and Hill assumes that Kavanaugh will also be confirmed.

“He will be confirmed,” Hill said, “and it will take the Supreme Court in a very, very conservative direction that will impact the work of diversity inclusion that all of us are doing.”

She stated that in the wake of the #MeToo movement, the scope of  legal protections at the federal level could be narrowed in the current fight against discrimination and for diversity and inclusiveness.

Hill asked the audience how they would respond if Kavanaugh was confirmed to the Supreme Court, the AP reports. “Would they give up?”, she asked.

“That’s a natural response,” Hill said. “I had a choice to make 27 years ago. And I can tell you I wanted to do nothing more than to retreat back to my normal life leave all of that behind and say nasty things about the U.S. Senate.”

Hill received her J.D. from Yale Law School in 1980. She began her career in private practice in Washington, D.C. and worked at the U.S. Education Department and Equal Employment Opportunity Commission.

In 1989, Hill became the first African-American to be tenured at the University of Oklahoma, College of Law, where she taught contracts and commercial law.

Hill joined the law firm Cohen Milstein in 2011. As counsel and a member of the firm’s Civil Rights & Employment Practice Group, she advises on class action workplace discrimination cases.

Interested in more news from Texas? We've got you covered! See More Texas News
Previous Article One Billion Dollars In Grants Issued To Fight Opioid Crisis
Next Article SCHMIDT: The Budding Love Affair Between The Golden Band From Tigerland And The Cast Of The Office