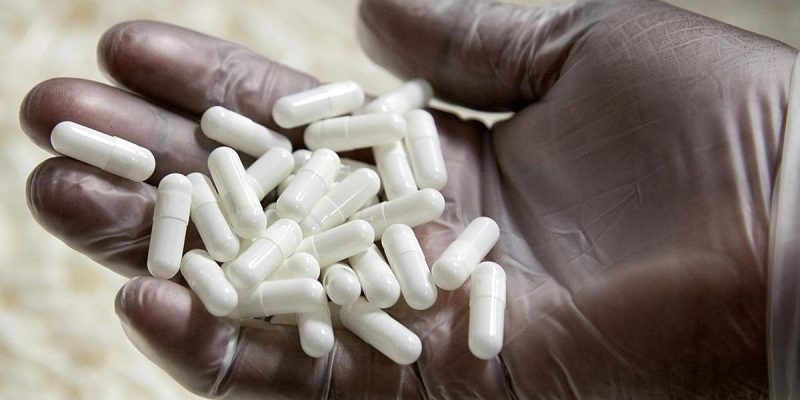 The opioid crisis has earned the attention of the current administration. A new round of grants have been approved to attempt to curb the growing use and addiction of opioids across the country. “Secretary of Health and Human Services Alex Azar announced one billion dollars in grants Wednesday to help combat the opioid epidemic,” Free Beacon reports.

The new investment will spread out through a number of different initiatives. The largest category of investment will go into medication that is aimed to help those currently suffering from opioid overuse and addiction.

“Through state-level programs, $900 million will be used to support medication-assisted treatment with methadone, buprenorphine, and vivitrol, all drugs which curb opioid cravings,” Free Beacon notes. “The funds will also be used to provide prevention, treatment, and recovery activities aimed at opioid disorder.”

Thus, the majority of the funds are going towards a pharmaceutical treatment for those already inflicted by the epidemic. Funds have been provided for prevention, however it is difficult to assess how effective prevention methods will be while easy access to opioids remains.

Still, the current administration has seen positive results by their efforts so far. Last year, the epidemic grew at slower rates than years prior. Whether or not a further increase in treatment and awareness will show even more encouraging results shall be discovered in due time.

“An additional $400 million will be disbursed to help community health centers, schools, and rural organizations expand their opioid abuse treatment programs,” according to Free Beacon. “$150 million will come from the CDC, focused on improving knowledge of the epidemic through more timely delivery of local-level public health data.

Alex Azar of HSS wrote in a USA Today op-ed, “These are part of HHS’s comprehensive strategy for the crisis, which is grounded in the best science and evidence we have.”

Altogether, the funds will be distributed to states based off of the severity of of epidemic. Those that have the highest drug overdose mortality rates will receive a disproportionately higher percentage of the funds.

The progress seen in 2017 has likely spurred the interest of this new investment. “HHS noted that the recently-released National Survey on Drug Use and Health showed that in 2017 fewer Americans initiated heroin use and abused opioids than the preceding year,” Free Beacon reports. “The department pointed to this as a sign that its initiatives to combat the epidemic are working.”

Much work remains to be done, even with the optimistic data of 2017. Perhaps the most optimistic metric is for the most at risk group, adults between 18 and 25 years of age, which saw heroin use drop to 2010 levels. However, despite this bit of optimism, the total number of deaths by drug overdose continues to rise.