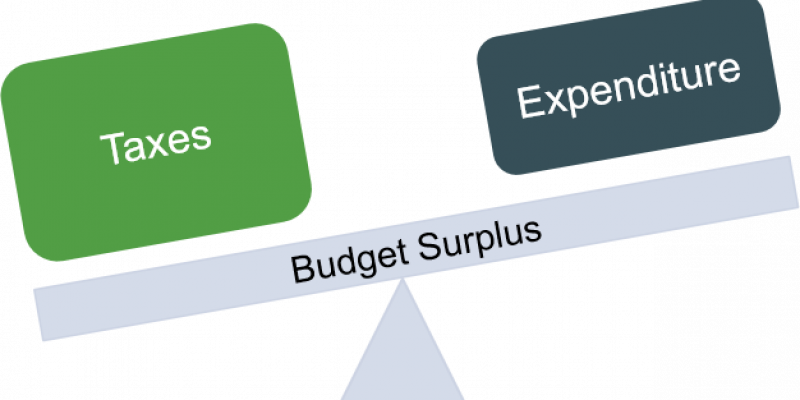 Louisiana Treasurer John M. Schroder Sr. announced that the state will have at least $300 million in surplus from its 2018 fiscal year budget.

“We don’t really have a whole lot of details on that,” Schroeder told Watchdog.org. “What we do know is we have extra money in our account.”

Schroder said the state ended the fiscal year on June 30 with a cash balance of around $400 million, but that includes unpaid obligations and “carry-forwards” that can extend for months into the new fiscal year.

Gov. John Bel Edwards’ office confirmed Friday that Louisiana has a surplus, but cautioned how much it will be won’t be certain until mid-October.

Henry told Watchdog.org that if it the surplus “is sales tax-driven,” then Democratic Gov. Edwards’ administration most likely “had a pretty good idea” about it and withheld those projections while lobbying for a half-cent extension of an expiring 1 cent sales tax to bridge what was billed as a $648 million fiscal 2019 revenue shortfall.

Ultimately, after three special sessions, lawmakers agreed to a .45 extension of the 1 cent retiring sales tax for seven years to generate a projected $463 million in annual supplemental revenues.

So why the tax extension for seven years if the state had a surplus?

Henry said if the surplus was generated by unanticipated increases in corporate and income taxes, “we have to take a different tone” because that would be good news for the state’s economic outlook, Watchdog News reported.

House Republican Caucus Chairman Rep. Lance Harris, R-Alexandria, told Watchdog.org that he is waiting for more details about what the surplus means, noting, “it’s all just speculation until we get the final numbers.”

The State Legislature held special sessions to address what Gov. Edwards’ warned was a “fiscal cliff” and revenue shortfall of $1.5 billion.

“What this tells me is the conservative House Republicans were very much right to question the governor’s need for more taxes,” Harris told Watchdog News. “This bears out what we were saying, that there wasn’t a $1.5 billion deficit.”

“It becomes frustrating for (legislative) members to have to wait and see” what that surplus will be and where it will come from, Henry said, especially since they don’t have access to all the information they need during the budget process.

“I have always said that the biggest debate is not Republicans versus Democrats, it is about the information and about who controls the information,” he said.

The executive branch has information legislators don’t have access to, Henry added, and it is a source of enduring frustration – and friction – between the executive and legislative branches.

Schroder, a Republican who served as a state representative from Covington for a decade before defeating Democratic New Orleans lawyer Derrick Edwards in a 2017 election to fill the remaining two years of now-U.S. Sen. John Kennedy’s term as state treasurer, said he opposed extending the sales tax.

“Having a surplus is a good thing, but not if it comes on the backs of taxpayers,” he said. “This is another reason why we should have never raised taxes.”

Louisiana’s Constitution stipulates that surplus dollars from previous budgets can only be spent on one-time expenses, like debt payments, construction work and “rainy day” fund deposits.

Schroder said a significant percentage of the surplus should be used to replenish the state’s “rainy day” fund, which is money set aside to be used when additional revenues are needed to fund state operations.

In 2017, lawmakers extracted $99 million for the fund to help plug a $300 million mid-year revenue shortfall. Most of that money has not been returned, Schroder said.

“It is like making your house payment with a credit card,” he said. “If you take $99 million out, you need to put $99 million back in.”

What Schroder fears, however, is that much of the surplus will be absorbed with little oversight into construction projects as part of the “capital overlay process.”

The projects are already essentially approved each year with the adoption of House Bill 2 but not all are funded or fully funded. If money comes available, it is then up to the Division of Administration, whose leader is chosen by the governor, to allocate monies to whatever proposals are ranked the highest, without input from lawmakers.

“I don’t trust the capital outlay process,” Schroder said. “What we really, really need is to build our rainy day account.”

Interested in more national news? We've got you covered! See More National News
Previous Article Here’s a list of taxes Democrats want to increase if they win the majority in November
Next Article HILARIOUS: The LSU Coach’s Hot Seat For Sale Video