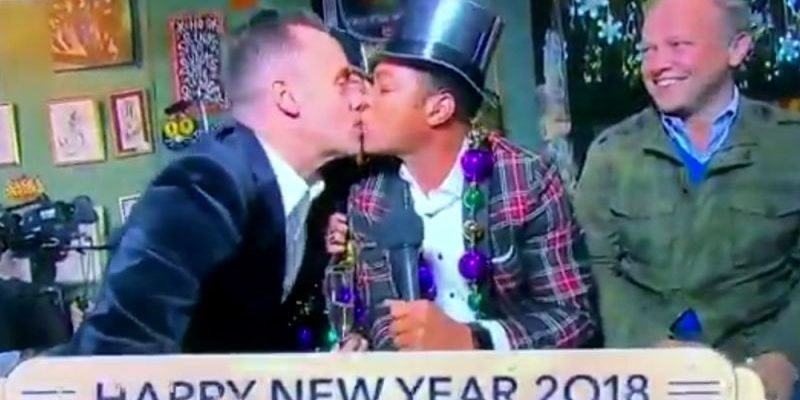 Football legend Herschel Walker is calling for CNN to fire Don Lemon after he led a panel and was laughing at rapper Kanye West. West, for his support for Trump, was called “the token negro of the Trump administration.”

Lemon, who is a homosexual in a relationship with a white man, asked the nearly all-black panel if  President Donald Trump was “using Kanye as a prop to win over black voters before the midterms.”

Herschel Walker was also mocked by the panel– which prompted him to respond on Twitter, and then on TV.

Went to bed appalled over @donlemon despicable behavior laughing at @TaraSetmayer and @Bakari_Sellers awful remarks about Kanye West’s visit with @realDonaldTrump!! Woke up wondering why @CNN doesn’t take all three off the air?#SHAMEFUL #CNN https://t.co/MwGWIfh8so

Setmayer then jabbed back at Walker to which Herschel replied:

No …@TaraSetmayer, anyone that is African American with an opinion different than yours, you want to call them out by using the N-word and @donlemon is laughing?? To me that’s bullying and shameful!! https://t.co/pbdFMQZIeE

Fox News contributor Deroy Murdock said, “These reprehensible, racist comments on CNN are typical of the Trump-hating left” that exists in the mainstream media.

“Black Americans who think for ourselves are mocked and degraded with words we last saw under Jim Crow. If President Trump had no black supporters, they would call his circle ‘lily white,’” Murdock said. “Now, one of America’s most prominent black entertainers praises and visits the president, and he is trivialized as a ‘token’ who ‘doesn’t read.’”

Murdock added that the “only silver lining in this vile cloud is that the supposedly bigoted Trump presidency has delivered the lowest black unemployment in American history.”

.@Bakari_Sellers: "My issue with Kanye West is quite simple — is that anti-intellectualism simply isn't cool." https://t.co/FVeCRODqXl pic.twitter.com/rhH5nWSubZ

He added, “Why is free thought and expression so dangerous and scary to liberals?”

Turning Point USA’s Candace Owens told Fox News host Laura Ingraham that the CNN segment was “not only racist, it was absolutely despicable.”

“I cannot believe it would be allowed on any network, least of all having a host that’s laughing as if it’s funny,” Owens said.