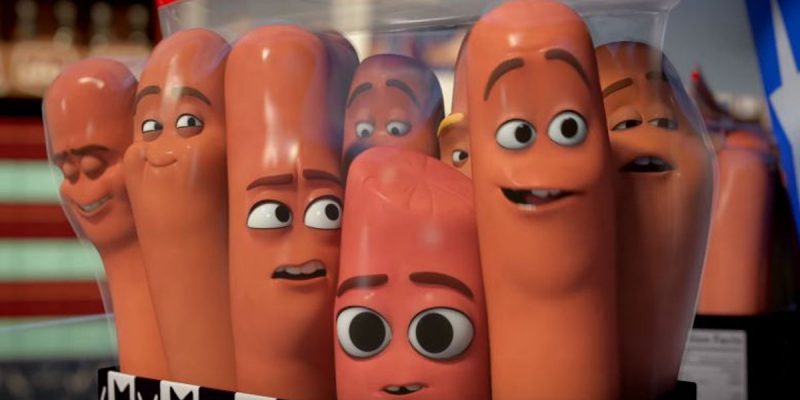 Y’all been followin’ this controversy up in Shreveport over that Red River Waterway Commission? It sure is somethin’.

We did a post or two about it last month, but last week there was a lawsuit filed by our gator-huntin’ attorney general sayin’ that because that cat in the governor’s mansion busted the law makin’ appointments to the Commission – which he did because he got mad at Carolyn Prator’s husband who’s the sheriff up in Caddo Parish for sayin’ mean things about his criminal justice reform package, and took it out on Mrs. Prator by blockin’ her for the seat on the RRWC that he legally hadda give her – nothin’ the Red River Waterway Commission does anymore is legal.

In other words, John Bel done fouled this up by the numbers.

NATCHITOCHES, LA – Fighting for fairness and the rule of law, Attorney General Jeff Landry today filed a lawsuit against the Red River Waterway Commission and its two unlawful office holders.

“Today’s legal action was done to ensure proper representation on the Red River Waterway Commission as dictated by law,” said General Landry. “The law commands every region has a voice on this Commission; so my office and I are fighting for fairness to Northwest Louisiana.”

The lawsuit, filed in Natchitoches Parish, details how Governor John Bel Edwards upset the Commission’s balance when he unlawfully filled the vacancy created by the death of Mickey Prestridge. Despite the unanimous nomination of Carolyn Prator by the applicable nominating entities for the Caddo Parish vacancy – the Governor appointed Michael DeVille, a resident of Rapides Parish, as a member-at-large of the Commission; even though there was no at-large vacancy to which DeVille could be appointed.

General Landry brings this action in the name of the State of Louisiana as authorized and mandated by La. R.S. 42:76. Also named as an interested party is Prator, a long-time officer of the Caddo Levee Board who oversaw flood control during two floods of the Red River and the sole nominee submitted by the three nominating entities for the aforementioned vacancy. La. R.S. 42:79 requires that, when the suit is brought by the Attorney General under La. R.S. 42:76, the name of the person (Prator) shall be joined with the State as a plaintiff.

“While many have made this issue political, I remain consistent that this is solely about fairness and the rule of law,” concluded General Landry. “Northwest Louisiana must be treated fairly and the law must be followed.”

Additionally, the lawsuit requests the court direct the Red River Waterway Commission to take all actions necessary and advisable to secure Prator’s appointment to the Commission as the Caddo Parish member.

John Bel’s response to this here donnybrook is that the Michael Deville guy who got appointed to the Red River Waterway Commission is a black dude, and because he’s a black dude what John Bel did was promote some diversity on that commission, and all.

Except there’s like four black dudes on the Red River Waterway Commission.

And everybody on the Red River Waterway Commission is a dude. They got black dudes and white dudes, but what they got is dudes.

No dudettes. It’s a sausage party up in there.

Seriously. Here’s the membership of that commission…

Lotsa dudes. No dudettes. Not a lotta diversity there.

At some point John Bel’s gonna have to give in on this deal, because he’s gonna lose this lawsuit – yeah, I know he’s not actually the defendant in it, but he’s still involved, and he’s gonna lose.

Wonder if the feminists are gonna get all up in arms over this thing. Think that’ll happen?

Nah, me neither. But it’s still kinda interestin’ that John Bel broke the law so he could keep that sausage party goin’.

Interested in more news from Louisiana? We've got you covered! See More Louisiana News
Previous Article WAGUESPACK: It’s Time For Some 1-800-LEGAL-REFORM
Next Article SCHMIDT: The “Duplication Of Benefits” Issue Has Been Resolved On Capitol Hill, And Flood Victims Can Celebrate