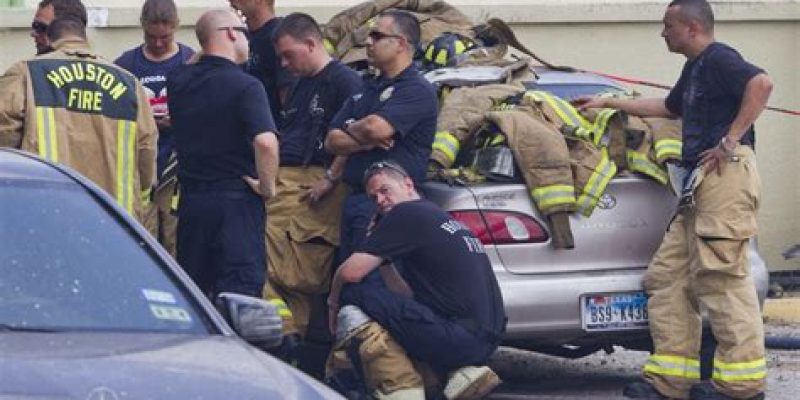 For once, I agree with Houston Mayor Sylvester Turner, Houston voters should vote NO on Proposition B. Turner explains why in the Houston Chronicle:

I believe in equal pay for equal work, especially for city employees who put their lives at risk to save yours and mine.

Proposition B — a city charter amendment proposal on the Nov. 6 city ballot as a result of a firefighters petition drive — wouldn’t achieve equal pay. In fact it would do the opposite.

Just as troubling: Approval would have frightening consequences for Houston because the petition was wrongly written.

Proposition B would cost taxpayers $98 million every year, initially giving firefighters a pay increase of at least 25 percent, and smaller raises the following years if/when police get raises. And– this is after the Council Council approved giving them a 9.5 percent raise– which they rejected. Instead they want the taxpayers to fund a 25 percent increase.

Turner goes on to explain the disparity the proposition creates between police and firefighters who are tasked with different roles, responsibilities, and requirements. His argument is valid.

AgainstPropB.com tells more of the back story:

In January 2018, the Houston firefighters’ union turned down and walked away from the City Council’s offer of a 9.5 percent pay increase over three years — valued at $69 million.

They decided instead to ask voters to approve Proposition B on this fall’s ballot for a stunning 25 percent pay increase.

Blowing an additional $100 million hole in the city budget — every year — would force police and fire layoffs, slash other services, and bust the revenue cap to raise taxes and fees.

Turner explains that the proposition does not do what the city needs most: fire station modernization and health and safety program improvements.

The referendum excludes funding for both and does not replace or upgrade failing firefighting vehicles.

“Keep in mind that more than 80 percent of fire department costs go to providing emergency medical services rather than putting out fires,” Turner writes. “What’s needed is a restructuring of the department to meet these demands, which Proposition B does not do.”

Interested in more news from Texas? We've got you covered! See More Texas News
Previous Article BAYHAM: Louisiana Political Legend Bob Livingston Kicks Off Book Tour
Next Article Why Houstonians should vote NO on Proposition A