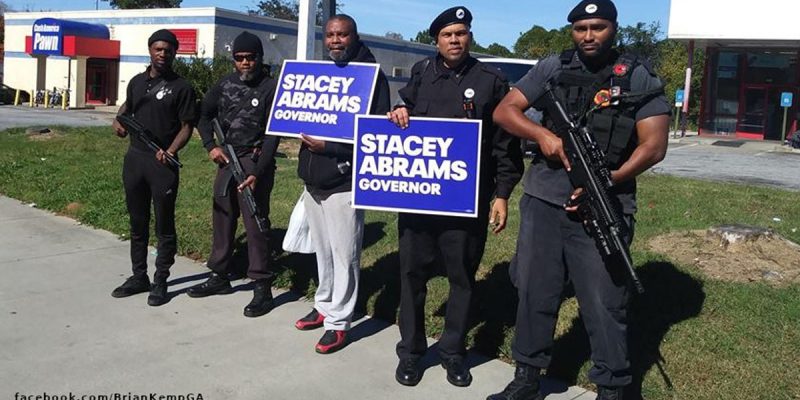 We could definitely believe this, because while Georgia is beginning to turn a bit more purple with the large number of Northerners moving to the Atlanta area Abrams is anything but the kind of Democrat who wins a gubernatorial election in a purple state.

Abrams has pretty much every symptom of Unelectable Democrat Syndrome, including the comically atrocious financial history, the Soros connection, the history of far-left issue advocacy and the inability to position oneself as a centrist the average voter shouldn’t fear. And when Trafalgar Group polled the race last week and over the weekend, they found Georgians simply aren’t buying her. 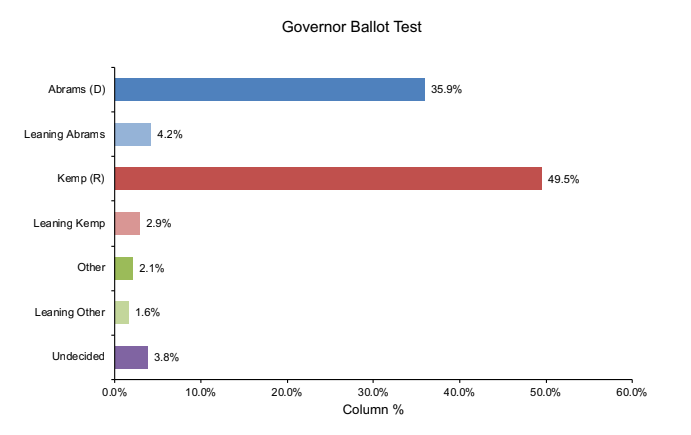 Who, by the way, announced over the weekend that his office was investigating what appears to be an attempt by the Georgia Democrat Party to hack the voter rolls. This following an attempt to stuff the ballot boxes with absentee ballots that Kemp is resisting, unsuccessfully in the courts.

And the latest is that, in the wake of a pretty transparent attempt to turn out the dead vote, some of Abrams’ more vociferous supporters are now in the streets…

This comes on the heels of Oprah Winfrey’s visit to the state on Abrams behalf where she said the Democrat refuses to allow the sacrifices of those who were “lynched” and “oppressed” to be “in vain.”

The photos show the men, dressed all in black, with the Black Panther logo on their clothing and holding weapons.

The Black Panthers even realized what a mess they were making for Abrams, in their Facebook post which included all those pictures of their members cavorting with rifles in the streets…

And relax, before you make any assumptions we are not working for & we did not plan this event with either campaign, and we have members with different political views both here in Atlanta as well as nationwide and even right here in this post. We did this on our own accord in response to the voter registration issue we’re still dealing with here in Georgia in 2018 (53 thousand registered voters voices won’t be heard this election).

Trafalgar’s poll is, for certain, an outlier. Most of the polling in the race has it incredibly close – the RealClear Politics average has Kemp ahead by only 1.1 percent.

But we’re going to say Trafalgar is on to something. There have just been too many red flags on Stacey Abrams for the voters not to turn against her late, and the pollster might be capturing it.