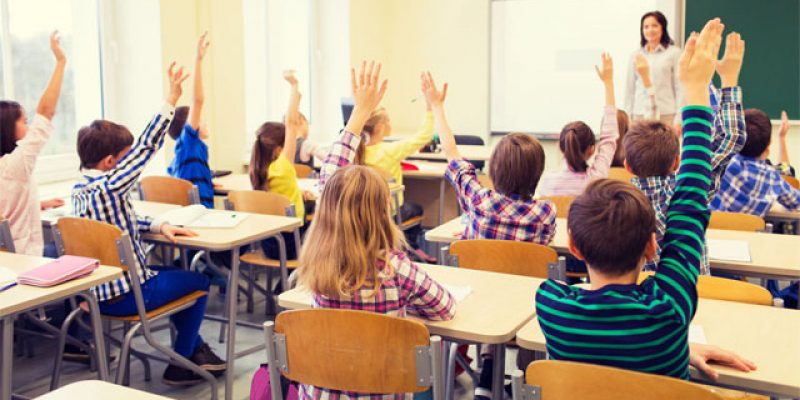 Traditionally in Louisiana, a lack of courageous leadership at the top has meant that old ways die hard. Our state suffers because a wall of monuments to the protected political class surrounds us and blocks us from reaching a level of prosperity that so many other states have achieved. This week we saw a huge victory for the future of our state as one of those monuments came down.

I entered the Senate ten years ago and was immediately assigned to the Education Committee. This was one of the two committees that no one else wanted because it was always very controversial and it did not provide a platform from which to raise campaign funds. But to me this is exactly where I wanted to be, a committee that would have the potential to make Louisiana a better place. To me this was a stairway to heaven, not a sentence to purgatory.

But reality didn’t take long to raise its ugly head. The very first thing that I learned was that Louisiana graded our students on a two hundred point scale. That is, if a student was graded an 80 on a test in fact they really only got 40% correct. And to make it worse, the reporting system that ranked school performance was a convoluted mix of stars arrows and all kinds of nonsense that only a PhD could understand. Clearly there was absolutely no way to compare how Louisiana kids performed against children in any other states and that was accepted as the way it should be. To me it became obvious that confusion was the strategy.

But how could this be, did this phony scoring method somehow help children? Did parents even know that their kids were failing? The answer to both was a resounding “NO.” The reality was that this subterfuge had been cobbled in place over the years not to protect students, but to insulate school boards, superintendents, and the unions from scrutiny. This “education status quo” was quite literally using their overwhelming political influence to assure that no one would question why our kids were doing so poorly. After all how could the people question the performance of our schools when that performance had been hidden from them. In effect the unspoken goal seemed “if the people did not understand how bad we were then they wouldn’t demand change.”

To the accolade of a dedicated few, Louisiana has finally overcome the status quo and has pulled down these monuments to absurdity and failure. It took ten years of constant pressure to overcome an obstacle to prosperity for our people, albeit a only the first obstacle in a vast wall of self-imposed obstacles that we call the “Louisiana Way,” but it is a start.

The first hint of measurable success emerged a few years ago when, in place of the amazingly confusing star rating system that had been in place for decades, we were able to institute an A,B,C school rating system. To have listened to the status quo’ers one would have thought that pivoting to a reporting system that parents could actually understand would have brought on a great disaster, but that did not happen. Instead parents finally could get past the politics and understand how successful or not their schools really were. Taxpayers could evaluate what their taxes were paying for. Voters could make a fair decision on who they wanted on school boards.

Last week the last vestige of this education status quo’s defensive façade fell when, after years of stall tactics, Louisiana finally got to see accurate school performance scores based upon expectations of what true education success really looks like. Gone are the days (I hope forever, but politics being what they are maybe not) when results were curved so that it always appeared that our schools were doing just fine. Out went that phony process that was long standing cover for the status quo who always claimed success even as students suffered through failure. Now voters could fairly evaluate performance based upon accurate data that was not veiled by ersatz statistics.

Our education outcomes are still near the bottom among the states, none of this changes that. But now, finally the bright light of public scrutiny shines on what has been a highly guarded secret, an inconvenient truth guarded by those who benefited from secrecy. Now we can accept our failures, the first step toward correcting them. The people can evaluate the performance of those who they have entrusted with a position of trust built upon promises to help future generations. Democracy cannot work in darkness; though understated, this success is a huge step forward for Louisiana.

Most significantly, perhaps for the first time Louisiana’s citizens have finally breached the “Louisiana Way”, that collection of obstacles that has made for a good life for politicians, bureaucrats, and hangers on even as it has held the people back. One of the monuments to the old ways has fallen, one small victory for our people. The important lesson from this revolution in political action extends far beyond education issues. The takeaway is that when we strive for a strong vision the inertia of years of protectionism can be overcome. We now recognize that we don’t have to be last in everything simply because we keep doing failed things over and over. Those things that suit a self-interested few but have left us mostly last in almost all measures of success.

The way to prosperity beckons us through the breach that we have created in the bulwark of political intransigence. That opportunity is achievable but only if we double down on efforts to fully break down our self-imposed barriers to prosperity. With bold leadership, utilizing the experience that we have learned as we put an end to the use of phony education statistics, we can move forward exponentially.