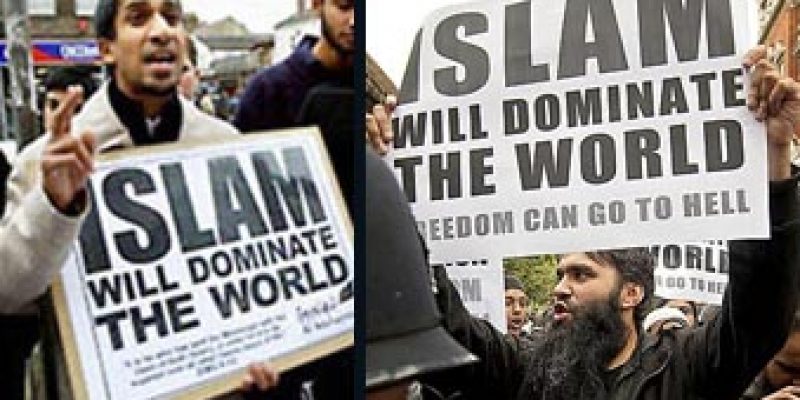 This 14-min. video, “Muslim Leaders Declare Aim Of World Domination: Rome, London, Spain, Paris, America,” is worth watching by every American who cares about protecting the rights and liberties afforded to us by the U.S. Constitution.

It compiles segments of recordings of many Islamic leaders in the west and worldwide, translated by MEMRI, the Middle East Media Research Institute, which is perhaps one of the most credible organizations translating and monitoring public remarks made by Islamists worldwide.

The remarks help explain what I have been advocating for years: Islam is not a religion. It is an all-encompassing political and totalitarian ideology. And it is not protected by the First Amendment.

“Migration” is a political act of invasion, as they state in their own words, which is an act of war against all non-Islamic countries. The Islamic goal is take over the western European continent to “reclaim” land Islamists believe are occupied by invaders.

In the video, they are referring to land invaded by Islamists beginning in the late 7th century, which later became countries after empires dissipated. (Spain, Poland, Austria, France, the Crimea, Romania, Bulgaria, parts of Russia, Poland, Italy, Sicily, etc.) Islamist invaders were defeated in major battles by French and Polish kings, which ultimately ended in the 17th century at the gates of Vienna.

Today, instead of armies, Islamists invade by bringing in able-bodied men to rape women. Rape, sex-trafficking through grooming gangs, inter-marriage and Islamic procreation is the method used to overtake existing populations. It has already been successfully implemented in parts of Scandinavia, Germany, Holland, Belgium, France and the UK.

These men are not extremists. They are following the teachings of the Qur’an, which is the basis for Islamic jurisprudence regardless of which five schools of thought they follow. They are teachers, political leaders, men in law enforcement, elected and appointed, in western and middle eastern countries.

Now, after the 2018 U.S. election, add to this list two congresswomen, one each from Minnesota and Michigan, and the newest Attorney General in Minnesota. Also included are U.S. federal judges who rule in favor of FGM, wife beating and murder. And numerous local officials, especially in our public school systems.

In 2019 the U.S. will have more judges and members of law enforcement and now the U.S. Congress who will do everything in their power to destroy the U.S. Constitution and the rights it protects because of their allegiance and submission to the law of the Qur’an.

We must stand firm to speak truth to error, defend the U.S. Constitution and support organizations committed to protecting it.