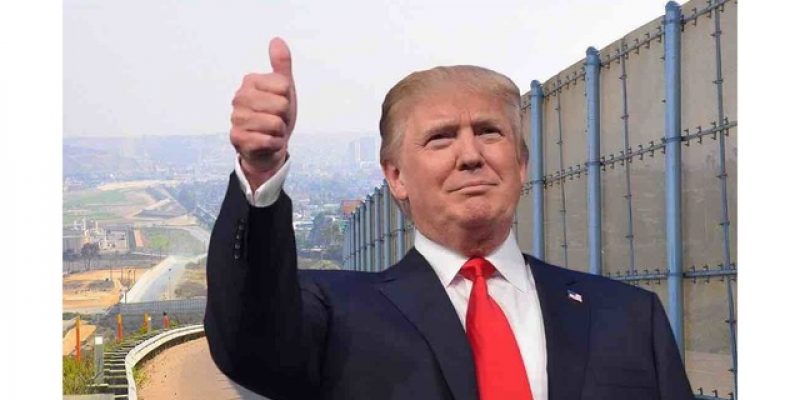 (Washington D.C.) – The US House of Representatives passed a short-term funding bill that includes $5.7 billion toward the border wall requested by President Trump.

In a Thursday evening vote of 217 to 185, House Republicans passed a bill that would avoid a government shutdown while funding Trump’s border wall. Only 8 Republicans voted against the bill.

“Nancy Pelosi said we don’t have the votes to pass it and we’re going to prove her wrong.. It’s a straight up vote, you are either for border security or you are against border security.” – House Majority Whip Steve Scalise (R-LA)

If the bill can pass the Senate, it would be another big victory for the Trump White House on the heels of the criminal justice reform success with the First Step Act.

“I’ve made my position very clear: any measure that funds the government has to include border security — not for political purposes, but for our country,” President Trump said.

Meanwhile, there will be hurdles in the Senate where a funding bill was passed that did not include any funding for the border wall; a bill which the President said he will not sign.

“The president’s been clear from the beginning: He wants something that gives border security, and he’s not going to sign something that doesn’t have that.” – White House Press Secretary Sarah Huckabee Sanders

President Trump and Democrat leaders have made their differences clear and with the incoming Congress being a couple shades bluer, it is now or never for the wall.

“Democrats are not budging on the wall. We favor smart, effective border security, not a medieval wall.” – Senate Minority Leader Chuck Schumer (D-NY)

Senate Majority Leader Mitch McConnell (R-KY) cautioned Senators leaving town that they may need to return for a vote on the measure at some time on Friday.

Trump tweeted, “I was promised the Wall and Border Security by leadership would be done by end of year (NOW). It didn’t happen! We foolishly fight for Border Security for other countries – but not for our beloved U.S.A. Not good!”

The fate of Trump’s border wall funding, at least by conventional means, will likely be decided in the next 24 hours. Win or lose, Trump’s hard stance in the final hour will bode well for his re-election chances as he publicly fights to the end for the wall he promised the people.