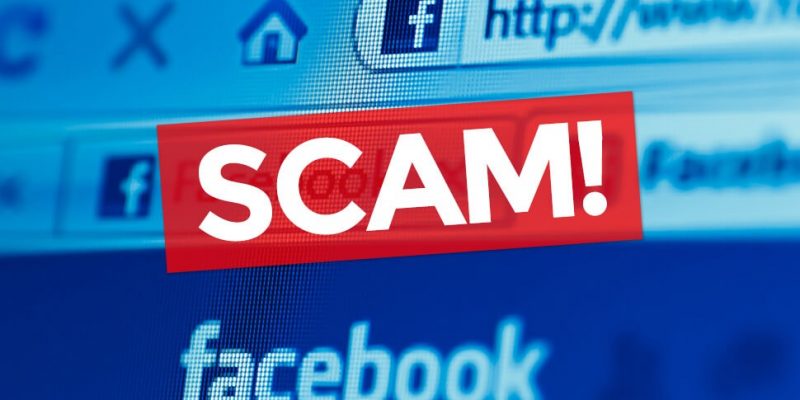 Tech billionaire Reid Hoffman helped fund a series of ads that ran on Facebook to mislead voters prior to the 2018 midterm elections, The Daily Caller News Foundation reported. And he did it with the help of an Obama crony, Mikey Dickerson.

The pages appear to be created by frustrated conservatives– not Democratic operatives. They told conservatives to stay home or vote for Democrats to punish RINOs.

Some of the posts said: “Some Trump supporters see midterm losses for congressional republicans [sic] as a wake-up call to get serious on the wall,” the Democratic operatives wrote in another post.

One included a link to an article about frustrated Republicans who need to “send a message” because “Trump is failing us.”

TheDCNF review of the archives found that the fake conservative pages received millions of impressions on Facebook.

“Hoffman, a co-founder of LinkedIn and an early investor in Facebook, previously acknowledged funding AET after both he and the group came under fire for running a self-described “false flag” campaign during the 2017 Alabama special election. That misinformation campaign was intended to falsely link Republican senatorial candidate Roy Moore to Russian influence operations.”

Here are some of their deceptive ads: 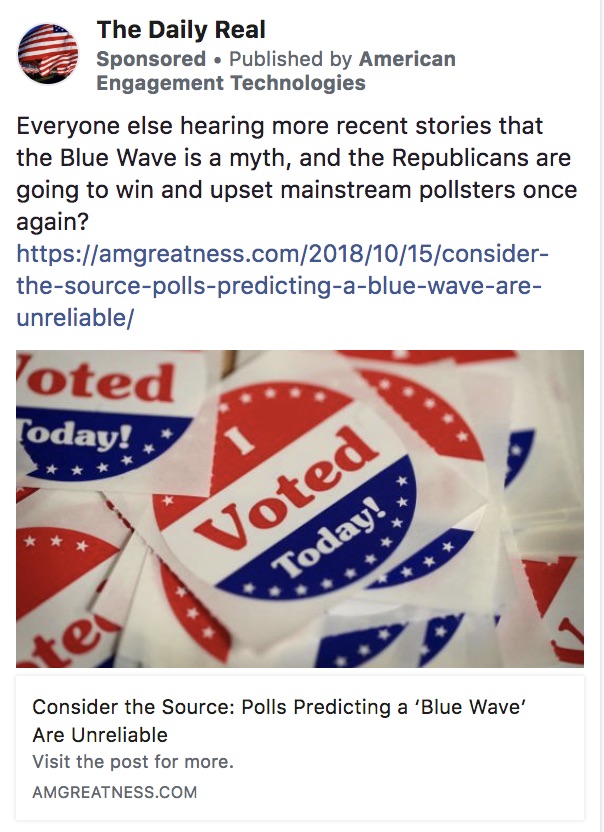 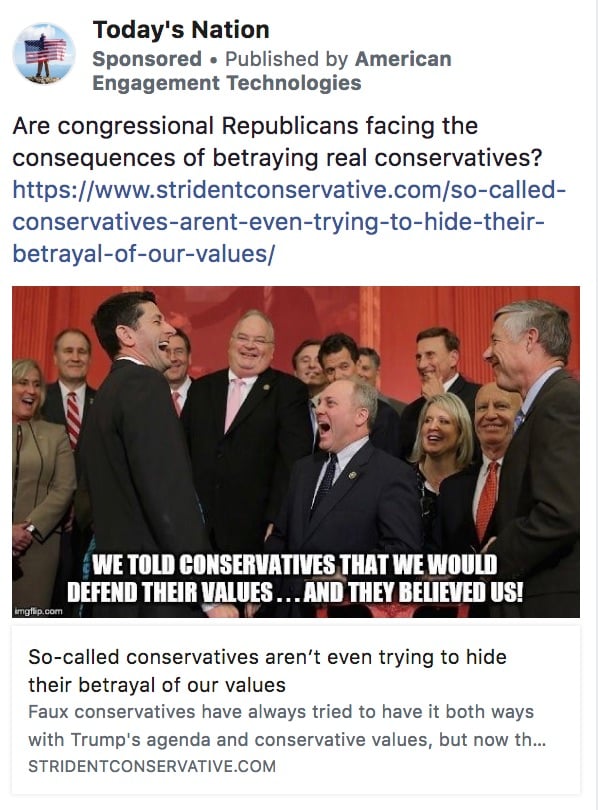 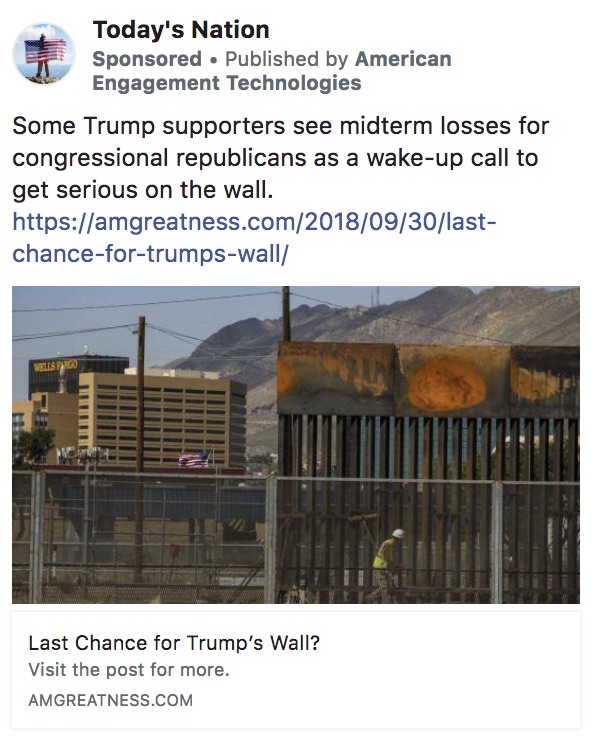 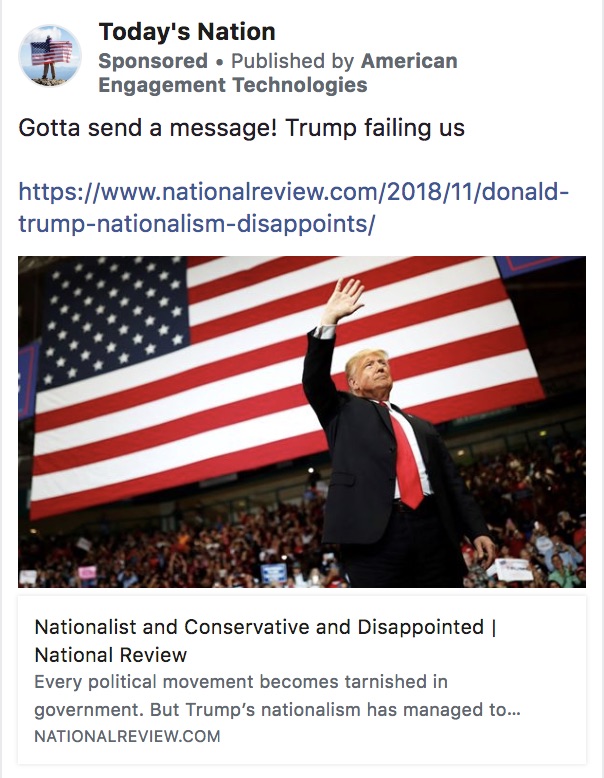 Another page, referring to the midterm elections, stated “none of this even matters;” another that “both sides are a mess.” 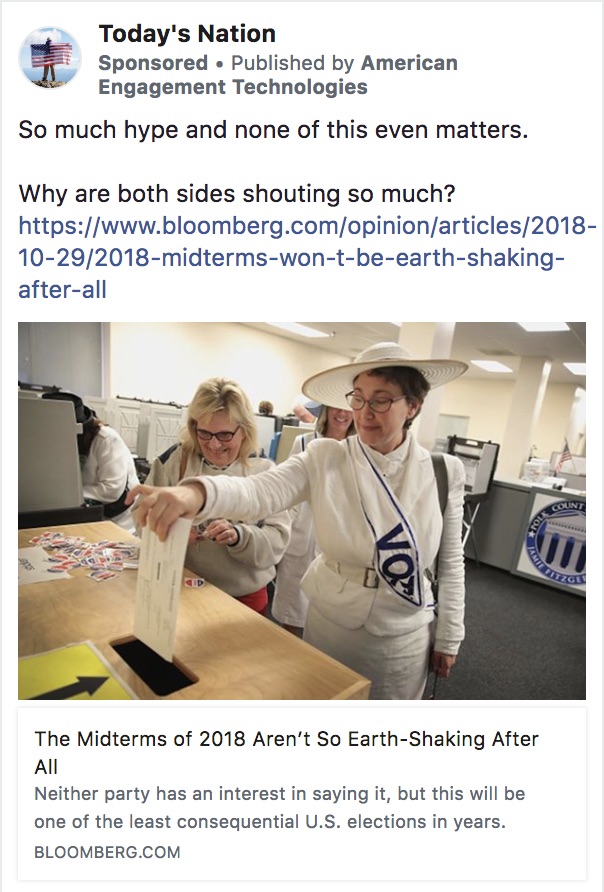 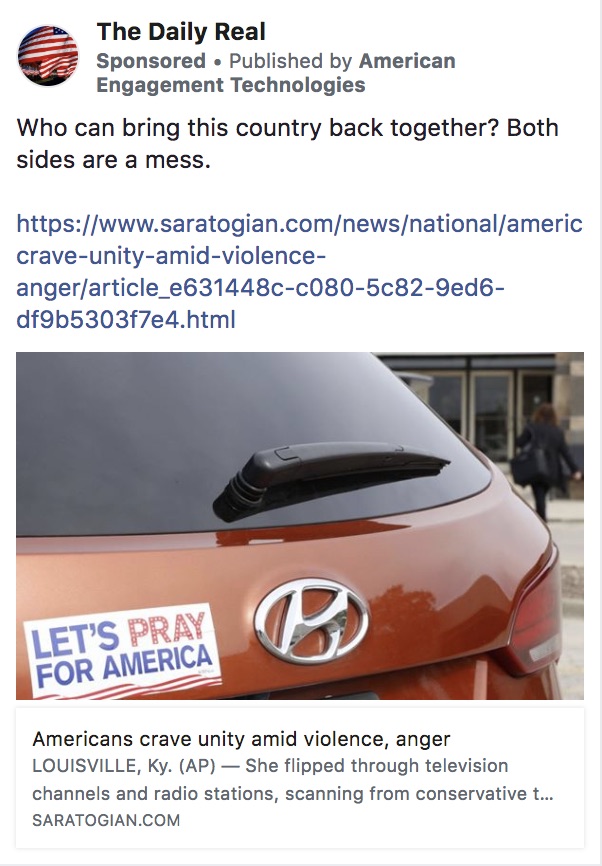 Another that there were “no good choices”  but voting for Democrats would send a message that “feels like the best option.”

Another linked to an article urging “semi-Trumpers” to cross party lines, vote third-party, or stay home in November, rather than vote Republican. “Even more true in light of the recent violence,” read the caption. “If you aren’t helping, don’t show up.”

Still others linked to yet another article calling for Republicans to boycott the GOP. The post was captioned: “I hope folks go for this. Seems like the only thing that can save true conservatives.” 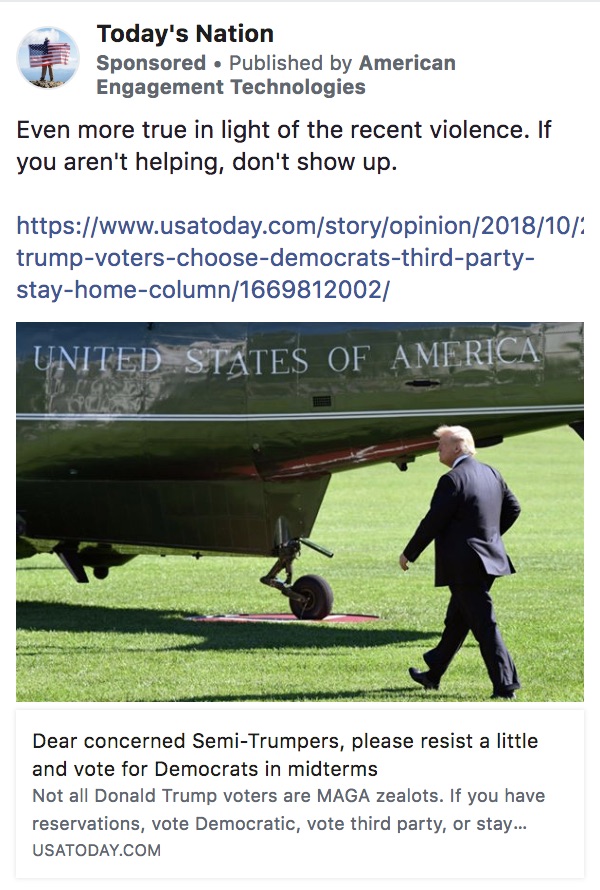 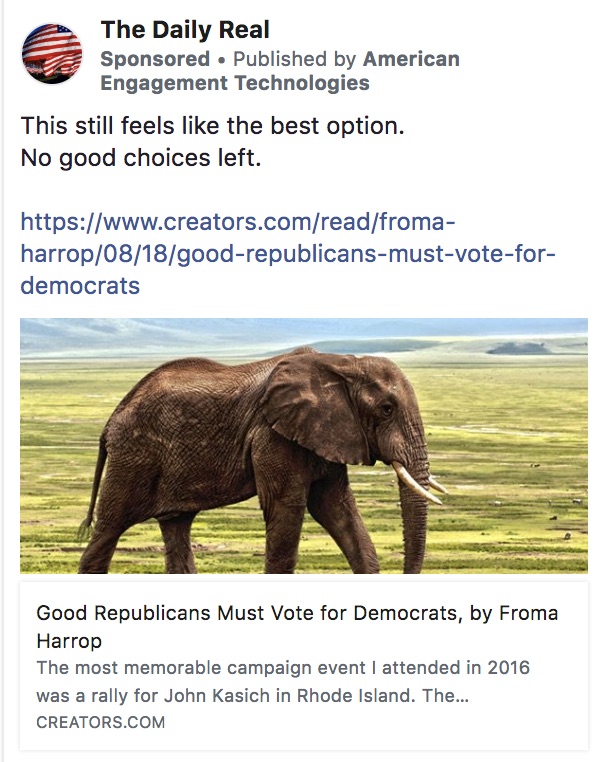 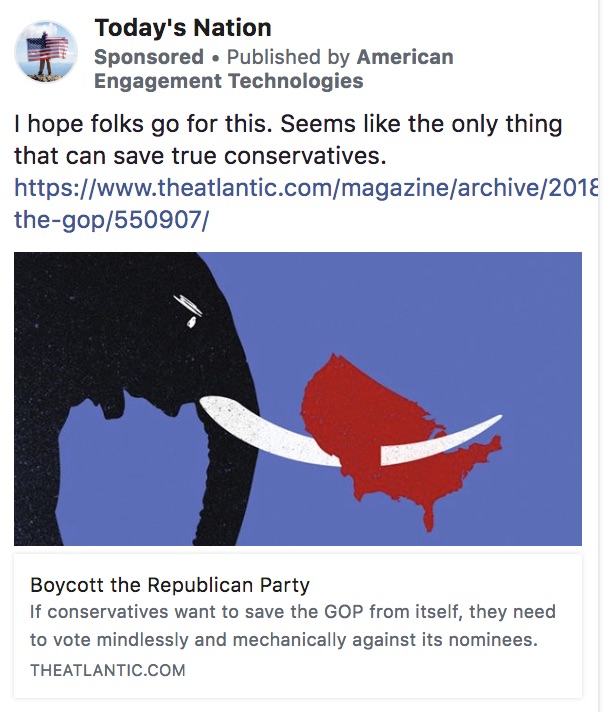 The Washington Post also reported that another Hoffman-funded group, News for Democracy, created a patriotic-themed page called “Our Flag Our Country” to push anti-Trump messaging in the midterms.

By the way– by creating these pages and paying Facebook tons of money and making them even more money through advertising, the pages violate Facebook rules that prohibit misleading political advertising.