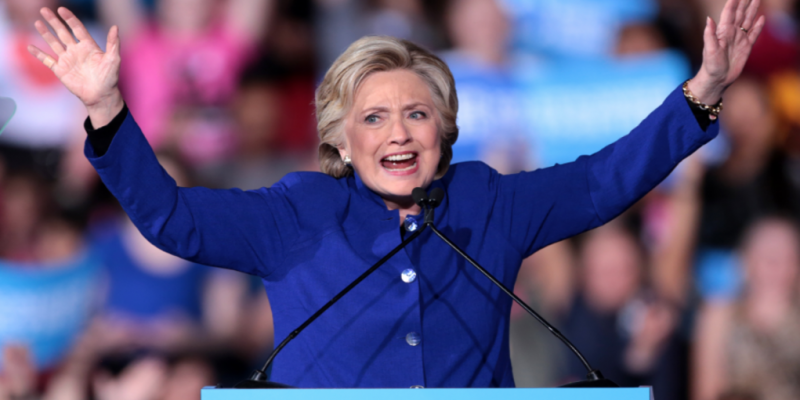 Hillary Clinton is not ready to “hang it up” according to a top New York Democrat and former adviser to President Bill Clinton.

The former first lady will seek the Democratic presidential nomination for the third time according to Mark Penn, a pollster and former White House senior adviser.

Penn co-authored a column in The Wall Street Journal with a former New York City Councilman. The two claimed that Hillary would not allow “two stunning defeats stand in the way of her claim to the White House.”

“Mrs. Clinton has come unbound. She will not allow this humiliating loss at the hands of an amateur to end the story of her career.. You can expect her to run for president once again. Maybe not at first, when the legions of Senate Democrats make their announcements, but definitely by the time the primaries are in full swing.”

“Mrs. Clinton has a 75% approval rating among Democrats, an unfinished mission to be the first female president, and a personal grievance against Mr. Trump, whose supporters pilloried her with chants of ‘Lock her up!’ This must be avenged.”

The duo provided in interesting glimpse into the mind of one of America’s most famous, and notorious, political figures of the past half century. They argued that the former chief diplomat could repackage herself as a more liberal primary candidate.

While the Clinton dynasty weighs its options, several democratic candidates have announced interest in making a run with several courting the former Senator for her support.

“Well I’d like to be president. I think, hopefully, when we have a Democrat in the Oval Office in January of 2021, there’s going to be so much work to be done,” Clinton said in an October interview.

The consensus on the right is that Hillary will deliver “four more years” for President Trump.

It will be interesting to see if party-rival Bernie Sanders will re-emerge as the grassroots choice and whether or not the DNC will repeat its heavy-handed approach to re-nominate Hillary Clinton.

Interested in more national news? We've got you covered! See More National News
Previous Article Congressman Steve Scalise Starts The New Year Ready To Take On The Democratic Majority In The House
Next Article GLORIOSO: Yes, Trump Can Build The Wall, And No, The Dems Can’t Stop Him In Court