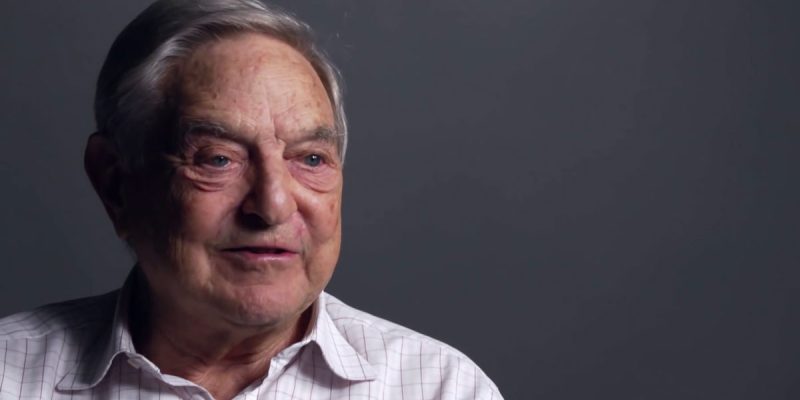 On June 1st 2009, terrorism literally hit home in Little Rock, Arkansas when a terrorist, Abdulhakim Mujahid Muhammad (formerly known as Carlos Bledsoe) shot two US Army soldiers outside a recruiting office in a shopping mall. Killed in that attack was Private William “Andy” Long. Private Quinton I. Ezeagwula was wounded.

This incident was documented in the movie Losing Our Sons, a condensed version of which can be seen here:

To fully comprehend the true nature of the threat of terrorism, one must understand that, though Abdulhakim Mujahid Muhammad had been labeled a “lone wolf,” such terrorism does not happen in a vacuum.

Before he became Abdulhakim Mujahid Muhammad, Carlos Bledsoe was recruited. He was indoctrinated. He was selected to receive training in the far off land of Yemen and, after that training, he committed horrible acts of terrorism in what he himself termed “Jihad.”

Terrorism doesn’t just happen. Terrorism is committed and terrorist acts are perpetrated by individuals who are motivated and trained. In some cases they are funded directly, but all of the activities involving recruitment, indoctrination, training and funding constitute material support for terrorism.

Not only did Abdulhakim Mujahid Muhammad commit dastardly acts of terrorism, but others provided support that eventually led to his act of terrorism. For that those people should have been made to pay. Unfortunately, there has been no specific mechanism to see to it that they should pay.

That is starting to change with the passage of legislation known as “Andy’s Law” in Arkansas, Louisiana, Kansas, North Carolina , Tennessee and Florida.

An example of Andy’s Law can be viewed here.

Some might believe that terrorism and the material support of terrorism are crimes that are and should be dealt with strictly on the federal level. This thinking is flawed. The federal government has repeatedly declined to pursue terrorism charges over the years in cases that were clearly terrorism:

Andy’s Law equips law enforcement and criminal justice personnel on the state and local level with the tools they need to aggressively prosecute terrorists and their supporters.

More importantly, Andy’s Law protects the rights of victims of terrorism by empowering them to take civil action against those who commit these heinous crimes against them and their loved ones.

Andy’s Law allows for seizure of the assets including money, used in the course of, intended for use in the course of, derived from, or realized through terrorism. This would empower law enforcement to prevent terrorists, or attempted terrorists, and those who support them, from keeping their assets.

Andy’s Law also creates a civil cause of action against terrorists by victims that allows victims to recover actual damages, treble damages and attorneys fees. This would allow victims of terrorism to sue those who committed the terrorist act and, most importantly, those who provided material support for the terrorist act. Current law in most states does not clearly establish such a cause of action, nor does current law provide for attorney’s fees, costs, or treble damages against those who commit, or materially support, acts of terror.

Andy’s Law empowers state and local law enforcement, as well as victims of terrorism, to not just prosecute the perpetrators of acts of terrorism but also those who provide material support—funding, recruitment, indoctrination, training and other forms of support–which lead up to those acts.

This common sense legislation has received broad, bipartisan support in the states in which it has been passed into law, usually passing unanimously. There was no known opposition to Andy’s Law outside of Muslim Brotherhood organizations and the beleaguered, discredited Southern Poverty Law Center…until very recently when a George Soros-funded NGO (the Center for Public Integrity) masquerading as a news organization, began contacting legislators around the country who have sponsored Andy’s Law essentially accusing them of authoring legislation that unfairly targets Muslims.

[NOTE: It’s worth noting as an aside that the SPLC and the ACLU have even gone so far as to oppose legislation to prohibit female genital mutilation (FGM) in Alabama and Maine, respectively—all based on the theory that such legislation is harmful to Muslims. Just the opposite is the case; the majority of FGM victims in the West are in fact Muslim girls.]

The Center for Public Integrity seems to be a home for former journalists funded by the Soros syndicate, providing a non-profit outlet from which displaced reporters from the dying, dinosaur media can pursue agenda-driven stories. Their minions claim to be from the “news room,” but in fact even the Washington Post has questioned the Center for Public Integrity’s credentials as a news organization.

The Soros funding is obviously a huge red flag. And this is not the first time that a Soros-funded NGO has waged information warfare on state level legislative initiatives related to Andy’s Law.

The idea that Andy’s Law somehow unfairly targets any particular protected class, group or segment of society is ludicrous. In each state in which it has been passed, the law is completely facially neutral. There is absolutely no mention whatsoever of race, religion or political viewpoint. It is strictly aimed at those who commit violent acts of terrorism and those who may have helped them.

Andy’s Law can just as easily be applied to groups like the KKK or Antifa as it could be applied to Jihadis. There is absolutely nothing in the language that singles out any sector.

Andy’s Law is not redundant either, one of the bogus criticism’s raised by the SPLC. Andy’s Law provides remedies for victims of terrorist acts that are not provided in current law. These remedies include treble damages for personal injury and wrongful death, attorneys’ fees and costs, and extended statutes of limitations. These remedies are not provided in the general tort law of the several states, nor in federal terrorism or racketeering statutes, nor in state racketeering statutes.

Therefore, without Andy’s Law, victims of terrorism will be denied key remedies that would assist them in recovery of their losses.

Andy’s Law CANNOT be used to target people who were not involved in a terrorist act.

Andy’s Law only provides remedies against persons who either committed an act of terrorism or materially supported an act of terrorism. The U.S. Congress and many state legislatures have defined some form of material support of, or aiding others in committing, terrorism as a crime. Although these definitions do vary, these definitions draw from long-standing concepts of criminal liability for acting as an accessory before or after the fact, aiding or abetting, soliciting, furthering, facilitating, conspiring, harboring a fugitive, or obstructing justice. All of these statutes require, as does Andy’s Law by incorporating these statutes, that the act be intentional and not inadvertent or even just negligent. Andy’s Law therefore cannot be used to target people who were not involved in a terrorist act. Further, if Andy’s Law could do so, then the criminal statutes that versions of Andy’s Law incorporate could also do so, and persons not involved in terrorist acts would be facing prosecution for material support of terrorism. There is no evidence of any such prosecutions. There is no veracity to any claim that Andy’s Law could be used to target anyone not involved in a terrorist act.

To oppose Andy’s Law is truly to side with the terrorists over victims of terrorism.

This latest effort to attack legitimate legal efforts to protect the safety and security of Americans is reminiscent of a similar Soros-backed effort a few years back when the Center for American Progress and its news arm, ThinkProgress took aim at American Laws for American Courts legislation on the state level.

American Laws for American Courts, which has passed into law in a dozen states thus far in one form or another, is specifically focused on protecting the individual fundamental constitutional rights of Americans against foreign laws and foreign legal doctrines. Like Andy’s Law, it too has been attacked by the Muslim Brotherhood and radical-left groups. It has been dubbed the “anti-sharia” law simply because so many of the cases in which foreign laws and foreign legal doctrines show up in our courts and violate individual fundamental constitutional rights are cases in which sharia has been applied to trample the rights of women.

It comes as no surprise, in retrospect, that it turned out that the Center for American Progress/Think Progress, who waged the disinformation campaign against American Laws for American Courts, wasn’t just funded by the Soros syndicate. They were also largely funded by the United Arab Emirates, a totalitarian country whose own constitution is subordinated to none other than sharia.

The final refuge of those who attack efforts to protect individual fundamental constitutional rights and empower victims of terrorism has been to label those who support these efforts as “Islamophobic.” Those in the Muslim Brotherhood who wield this bogus term are actually not particularly fond of our constitution and often have been implicated in the largest terrorism financing prosecution in U.S. history.

The term itself was conceived by the International Institute of Islamic Thought (IIIT), the Muslim Brotherhood’s U.S.-based think tank. The term was designed from the start as a weapon with which to stifle dissent and criticism of Islamic doctrine and Muslim Brotherhood organizations. In other words, “Islamophobia” was made up to suppress free speech, one of our fundamental constitutional rights. We know this because one of the members who took part in the meetings that established the term later broke with the organization and revealed the nefarious nature of the term and those who use it.

It is most unfortunate that radical left organizations masquerading as news organizations and watchdog groups have decided to ally themselves with the enemies of our constitution in the Muslim Brotherhood in the use of the term “Islamophobia” to attempt to ridicule and shame Americans with legitimate concerns about both violent and civilization jihad.

The reason they do so is because they cannot enter into legitimate debate to oppose common-sense legislation such as Andy’s Law and American Laws for American Courts.