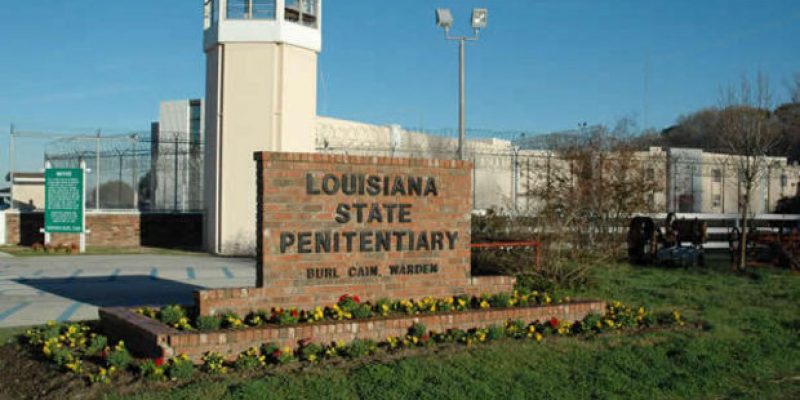 The Louisiana Department of Public Safety and Corrections (DPSC) received a two-year, $750,000 grant this year to participate in the federal Second Chance Act, which is part of federal prison reform known as the First Step Act signed into law by President Donald Trump last year.

The First Step Act “paves a new pathway for our federal justice system” and reforms decades of policies that “have failed Americans,” Trump said.

According to the White House, about 77 percent of state inmates and 38 percent of federal inmates are rearrested within five years of their release. The aim of the bill is to provide “low-risk” inmates with new incentives to learn the “skills they need to find employment, avoid old habits and follow the law” when they are released from prison.

Incentives include funding for participation in vocational training, educational coursework and faith-based programs that Trump says will help “reduce their chances of recidivism.”

Following no federal funding for the Second Chance Act for the previous two years, the state of Louisiana will now have funding for a two-year period.

The money will allow the DPSC to help prisoners suffering from mental illness and substance abuse primarily in the Baton Rouge and St. Tammany areas while they are incarcerated and up to eight months after their release.

The department says the Second Chance program is one of many initiatives the DPSC is involved in to reduce recidivism in Louisiana.

After the federal grant expires, it could continue to fund the program through continued savings from the state’s 2017 criminal justice reform package, it said.

This fiscal year, after implementing changes to sentencing and release guidelines, the DPSC’s budget directs $8.54 million toward certain prison efforts including reducing recidivism.

“Justice reinvestment is a data-driven approach to criminal justice reform that decreases incarceration, saves taxpayer money on corrections, and reinvests those dollars into initiatives that reduce crime,” an advocacy organization supporting the measure, Louisianans for Prison Alternatives, explains.

“Louisiana is the incarceration capital of the world,” it argues, which is in continued need of reform. “Our taxpayers spend hundreds of millions of dollars each year on the criminal justice system, with little return on our investment.”

The bills enable Louisiana to reinvest 70 percent of its cost savings into local programs designed to prevent crime, provide re-entry services, and improve crime survivor support. It also focuses on strengthening community supervision for those on probation and parole to help prevent the likelihood of re-offending.

The Pelican Institute supports continued state funding for the program in addition to “expand[ing] proven programs for these formerly incarcerated individuals to ensure they have the skills, support, and training needed to secure a job and re-enter society productively and safely,” Erspamer said.

As a result of the state’s prison reform package, recidivism is expected to decrease by at least 10 percent over the next 10 years and save taxpayers at least $262 million over the same time period.

However, Republican U.S. Sen. John Kennedy still maintains his “zero confidence in the ability of the Louisiana Department of Public Safety and Corrections to administer it in a way that protects the people of Louisiana from violent criminals.” He sent a letter to Trump citing a long list of violations and abuse committed by the agency.

Kennedy joined Sen. Tom Cotton, R-Ark., in introducing an amendment to the First Step Act that would have prevented violent criminals and sex-offenders from qualifying for early release programs, among other measures. The amendment was supported in large part by the law enforcement community, but was opposed by many organizations and many of their colleagues who defeated the amendment.

Interested in more national news? We've got you covered! See More National News
Previous Article Thanks to Trump, U.S. in second-longest economic expansion in history, tax revenue in 36 states higher than pre-recession
Next Article Louisiana not on track to tax online sales