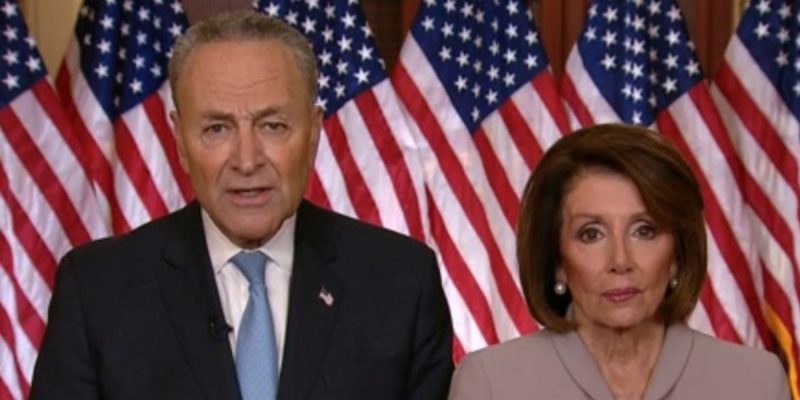 Responding to a president on primetime is always a difficult challenge. But Democrat congressional leaders Chuck Schumer and Nancy Pelosi gave it their best shot.

The internet responded to Schumer and Pelosi. First, this story from the Huffington Post that originally tweeted out.

The image of Nancy Pelosi and Chuck Schumer standing stoically together schooling the president was an instant hit on Twitter. https://t.co/NaVl4ahzgY

Except that was not the case. Instead, the internet was mocking them. The two who were as stiff as a robot and gave out a formaldehyde scent through the television became memes. 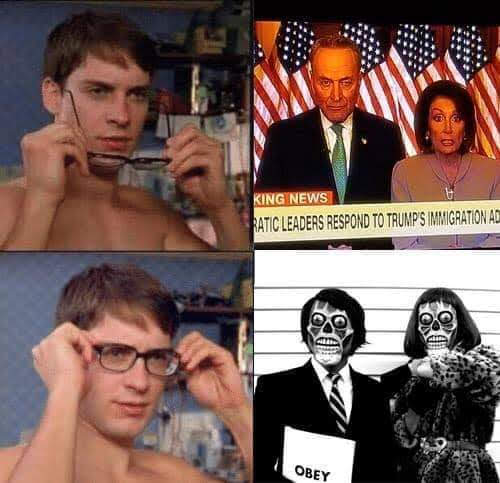 Pop culture references were a favorite way to mock the two leading Democrats. 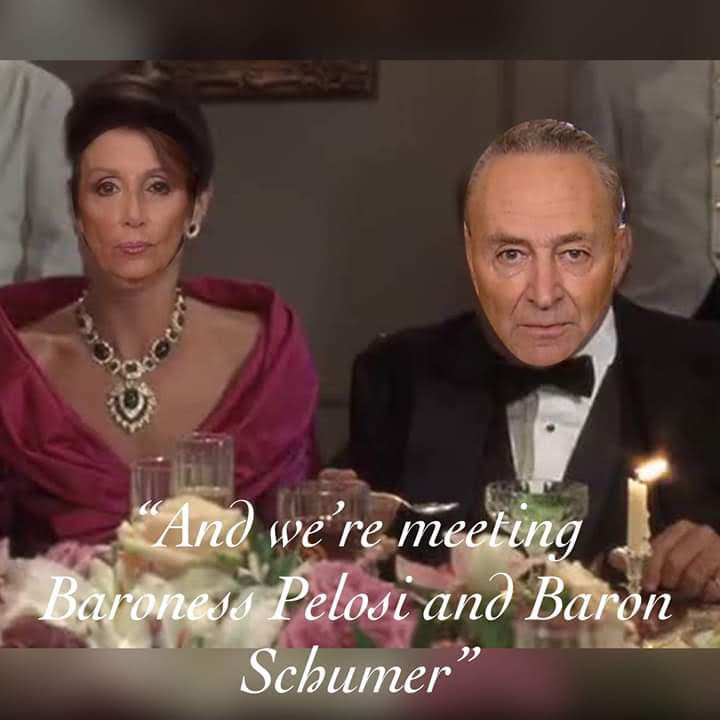 Someone ever made a video of Schumer and Pelosi talking to the “Green Acres” theme song.

Of course the NPC meme made an appearance. 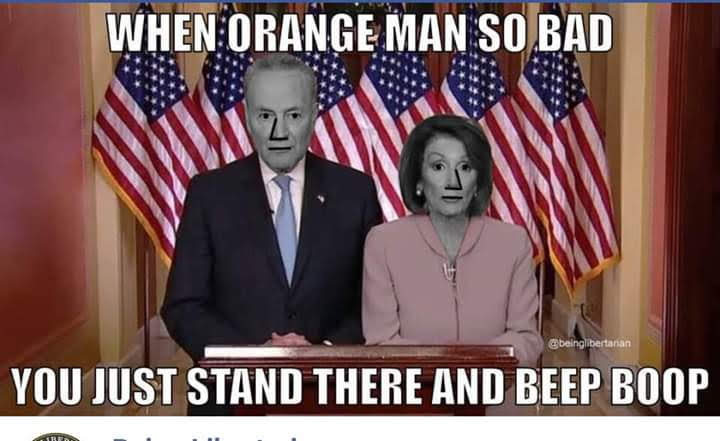 There were also memes about Schumer and Pelosi being strict parents. 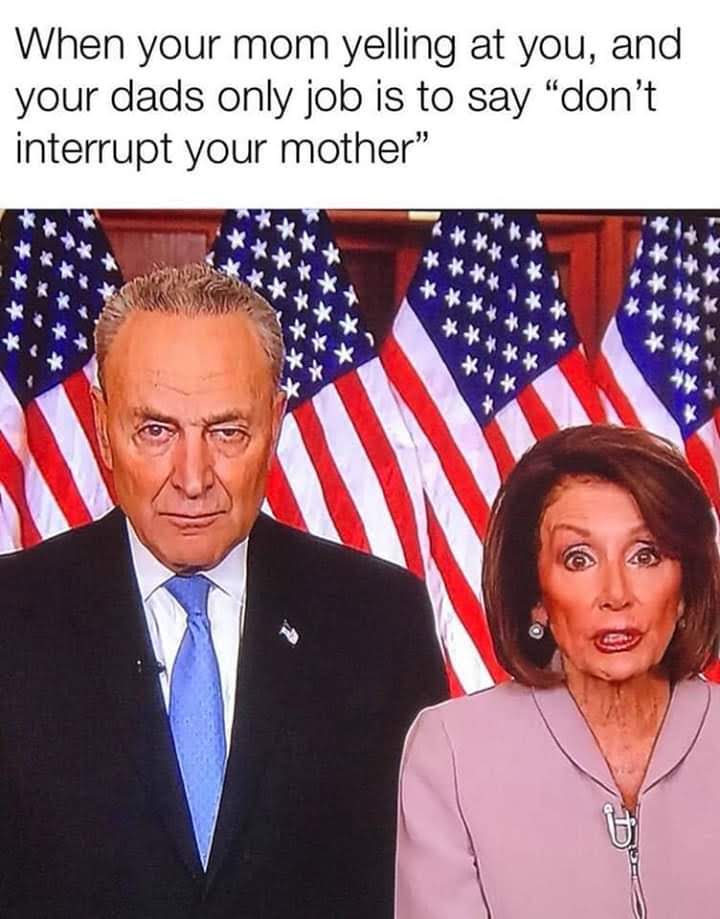 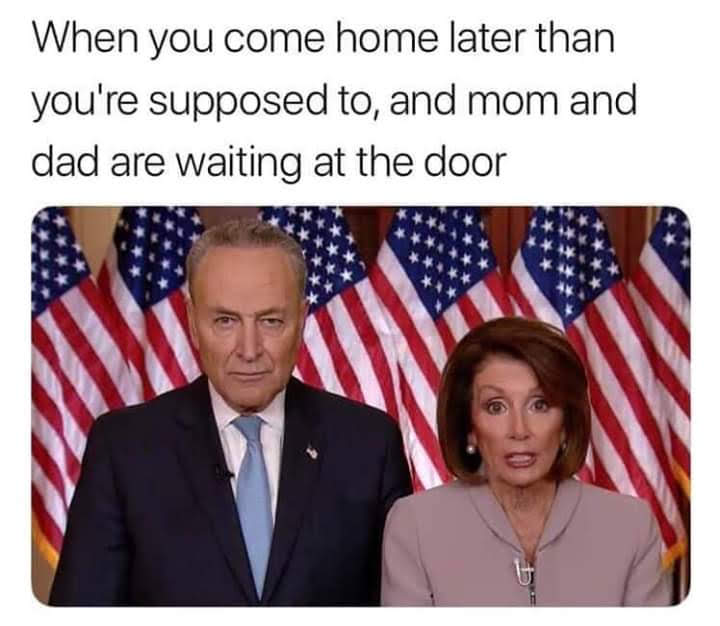 Finally, this explains why Schumer and Pelosi became a meme. 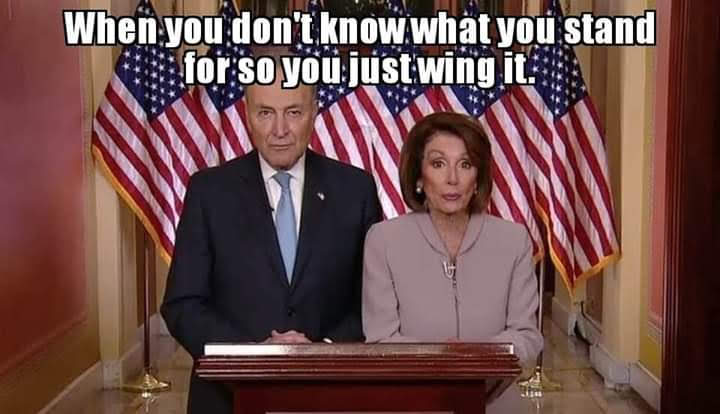 Of course, there were many, many more memes. There were a ton of them that replied to this tweet:

Does this mean that Trump will win the shutdown? Of course not. There are many, many other factors in play than just the robotic-like personalities of Chuck Schumer and Nancy Pelosi. But portraying the two Democratic leaders badly could help shape the public opinion battle over the shutdown.

The shutdown is going into its third week and eventually it will begin to impact ordinary Americans. Eventually, one side will have to break and give completely in to the other side. There will be no compromise on this issue. The side that will win will likely have to have public opinion on its side.

Perhaps the meme war will help Trump and his supporters gain the upper hand in this shutdown. After all, Trump’s online supporters like to believe they helped meme Trump into the White House.