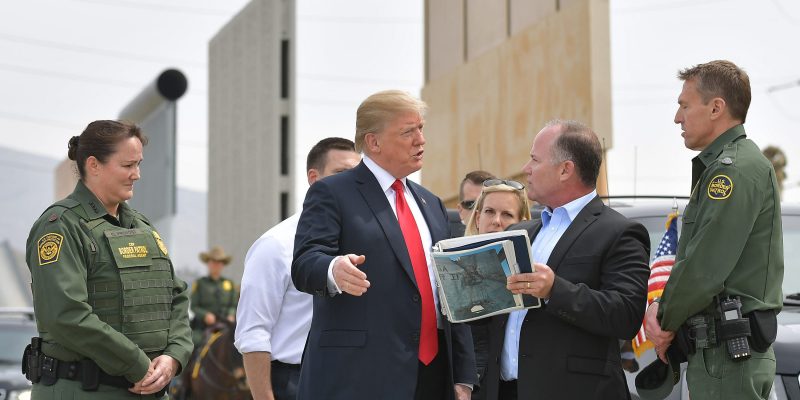 Internal documents reveal that the Trump White House is preparing a draft emergency declaration with the intent of re-designating more than $7 billion in federal dollars to build the border wall.

CNN is reporting that the draft declaration reads in part,

“Now, therefore, I, Donald J. Trump, by the authority vested in me by the Constitution and the laws of the United States of America, including the National Emergencies Act (50 U.S.C 1601, et seq.), hereby declare that a national emergency exists at the southern border of the United States.”

The Trump administration plans to obtain most of the money needed through military construction and civil works funds.

Legal analysts argue that such a move would almost certainly be challenged legally and tied up in the court system for an undetermined amount of time.

President Trump has recently threatened to take unilateral action if a bi-partisan compromise that includes wall funding is not made in Congress.

President Trump has previously stated, “I can do it if I want” regarding his ability to declare a national emergency in order to build the wall. He continued,

Prior to the Democrat majority taking over, House Republicans successfully passed $5 billion of wall funding in December only to see the measure blocked by Senate Democrats.