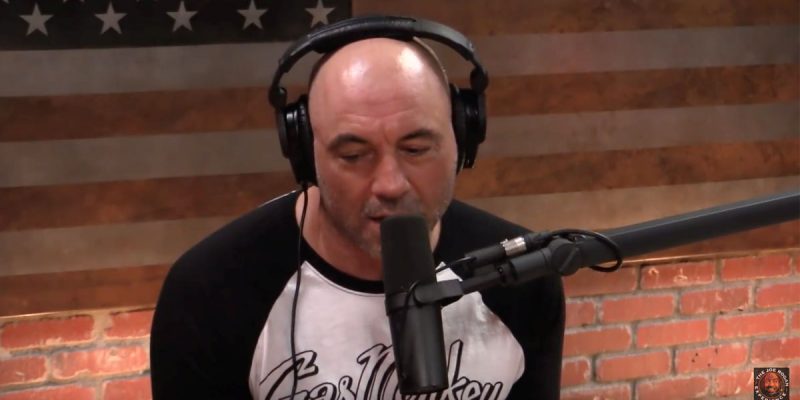 One of the many knocks on Millennials is the length of their attention spans, which prevents their hyperactive brains from sticking with anything for more than three minutes, unless it’s on fire and is doing back flips.

Joe Rogan has proven that to be at least somewhat fallacious with the popularity of his PowerfulJRE YouTube channel. As far as production quality goes, PowerfulJRE is the most mundane, hideously boring content on the medium. Each episode shows a head-phoned Rogan and his equally adorned guest in a studio talking past microphones to each other over a constantly cluttered table.

That’s as sexy as it gets, and yet, PowerfulJRE has 4.4 million subscribers, and that doesn’t count other channels, like Joe Rogan and JRE Clips, that also feature Rogan’s content.

It’s nothing for a new PowerfulJRE video to get a million views in a week, even though the video’s duration may be two hours or more.

That makes Joe Rogan one of the most popular political and social commentators in the country.

And yet, the man may have really stepped in it in a video released over the weekend.

In it, Rogan interviews Jack Dorsey, the controversial co-founder and current CEO of Twitter.

Scoring Dorsey as a guest seemed to be a major coup, since Twitter has been criticized by conservatives and free-speech advocates for its inconsistent policies regarding what’s acceptable and what isn’t on the platform.

Rightwing provocateurs Gavin McInnis and Alex Jones, among others, have been banned from the platform for bodies of work Twitter found objectionable, but few leftwing commentators have received Twitter’s death sentence, even after tweeting some pretty despicable stuff.

In October, the platform declined to suspend Nation of Islam leader Louis Farrakhan’s account, even though he tweeted a video clip of himself comparing Jews to termites.

The tweet even drew a strong rebuke from Chelsea Clinton, but Twitter deemed it to be acceptable.

More recently, on Jan. 20, Kathy Griffin, the same comedienne who posed with a severed head of the president, asked for names of the Covington Catholic boys who smiled while native American Nathan Phillips pounded a drum.

“Name these kids. I want NAMES,” she tweeted. “Shame them. If you think these fuckers wouldn’t dox you in a heartbeat, think again.”

These were children, who Griffin wanted to make into public pariahs.

What did Twitter do in response? Not a whole lot, or at least not publicly.

Still, though, Griffin was a veritable school nurse compared to former CNN contributor Reza Aslan, who tweeted a photo of Covington High student Nick Sandmann, 16, and asked, “Honest question: Have you ever seen a more punchable face than this kid’s?”

Who could hate any kid so much that they’d publicly call for them to punched in the face? Reza Aslan, apparently.

Surely such a tweet would draw a Twitter ban, right? Nope. The platform was apparently fine with a grown man lusting over punching a child in the face.

Viewers were surely hoping Rogan, whose political viewpoints fall on the libertarian side of the scale, would hurl questions about these decisions and others to Dorsey. A former kickboxing competitor and color commentator for the UFC, Rogan surely isn’t afraid of a fight.

But those viewers were sorely disappointed. A sampling of some of the questions Rogan asked in what could only be described as a friendly interview:

“When you started Twitter, there’s no way you could have any idea what it would be now. … What did you think it was going to be when you first did it?”

“How are you going to get people to be more considerate?”

In the course of one of his answers, Dorsey discussed the company’s terms of service, and mentioned physical threats and doxing as the most egregious offenses. That would seem to be a great time to ask about Griffin’s call to dox a child, and Rogan sorta did, but when Dorsey gave a word-salad answer, Rogan didn’t press further.

The interview was so unpopular that Rogan’s subscribers came after him with pitchforks. As of Tuesday morning, the video had received 61,000 thumbs-downs and fewer than 10,000 thumbs-ups, and Rogan was positively raked over the coals in the comments section.

“I didn’t know what more to ask him,” Rogan says. “People felt like I didn’t press him hard enough.

“My problem is: I don’t spend enough time reading this stuff. I don’t know.

“I didn’t think the podcast would create such a controversy, but that’s probably poor prior planning on my part.”

But in the apology video, Rogan also defends Dorsey: “In my dealings with Jack in person, he seems like a very nice guy … and a very empathetic guy.”

Rogan said since the original video aired, viewers have helped him become more educated on the gross inconsistencies in Twitter’s decisions about whom to ban and whom to allow.

“There’s some crazy things people have said and not gotten in trouble for, whereas other people said things that really weren’t that bad, and got in trouble for it,” he says. “Why is that?”

In the apology video, Rogan says Dorsey has committed to returning and answering the more pointed questions. PowerfulJRE viewers will surely be watching.