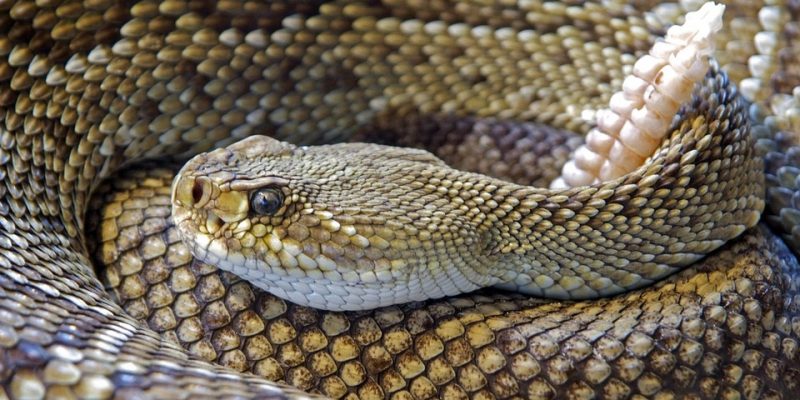 As previously reported, there have been some questions as to whether the 95,000 some odd non-citizens on Texas voter rolls is an accurate count. According to this analysis from the Texas Secretary of State’s office, 58,000 of these non-citizens voted in at least one election since 1996.

Democrats were at first defensive, scraping together every instance of a non-citizen becoming a legalized citizen, clerical errors, or other mistakes in the paperwork as a way of chiseling down that figure and discrediting the accusation that there is indeed voter fraud in Texas. They’re calling the numbers flawed, even while the SOS office has admitted that much work and analysis still has yet to be done.

Now it seems they are on the offensive. Though unable to win any statewide elections, Texas Democrats have an opportunity to use this still-unfolding saga as a means of taking down an un-elected statewide GOP official.

Recently appointed as Texas Secretary of State David Whitley, who released the non-citizen voter roll figure in January, and must be confirmed by the Texas Senate to be officially installed. While Gov. Greg Abbott is standing by his appointee, Democrats on the Texas Senate Nominations committee are striking, hoping to stop Whitley from becoming the permanent SOS thereby forcing Abbott to recast the role.

Adam Cahn, an Austin-based blogger who testified to the committee, put the questions over the tally of non-citizen voters into perspective:

… Even if one were to interpret the Secretary of State’s numbers in the most unfriendly way possible, there are still enough questionable registrations to matter. Elections in Travis County are routinely decided by fewer than 5000 votes. We also noted, tongue somewhat in cheek, that we agreed with Senator [Kirk] Watson‘s assessment that Texas had serious issues with minority voting rights during the century of Democrat control.

That being said, this nomination’s in trouble. The Texas constitution requires a two thirds vote to confirm gubernatorial appointees. That means 21 votes. There are only 19 Republicans. That means, even if you hold [Kel] Seliger, you still need two Democrats. Unfortunately, we think its a lot easier to find 12 votes “against” than it is to find 21 votes “for.” We hope there’s a backup plan.

For more about the tight squeeze state Senate Republicans are feeling this session read here.

Below is a chart from political data analyst Derek Ryan listing several close races from District Attorney up to Texas Senate over the past five years. As one can easily tell, even if Whitley’s total was greatly reduced, illegally submitted votes could still easily swing a squeaker of an election: 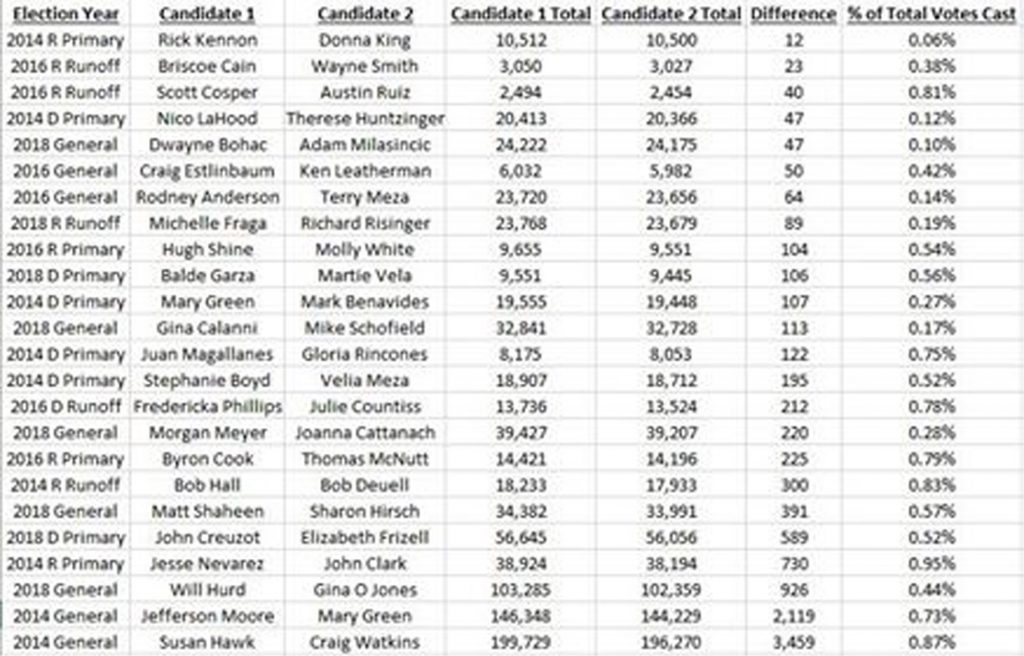 Analysis: The very fact there’s any wiggle-room for interpretation means that something needs to change. If there is any question whatsoever over what these numbers indicate then there is plenty of reason to reform voter registration and ballot collection/counting in Texas. Numbers do not lie — when all the data is in place, that is. Ideally there should be no debate, but the reality is that voting rights is a sticky issue. Expect this issue to continue throughout the 86th legislative session.