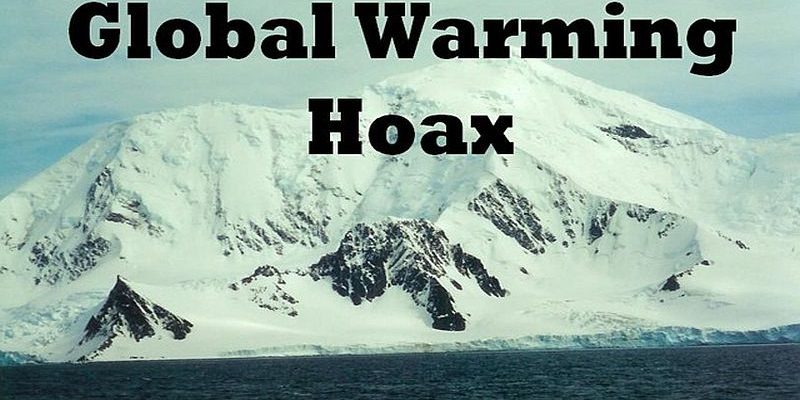 President Trump has finally picked up on this by tweeting about it. Breitbart News first reported that the co-founder of the liberal environmentalist group, Greenpeace, explains why global warming and climate change are a hoax.

Patrick Moore was interviewed on SiriusXM’s Breitbart News Tonight with hosts Rebecca Mansour and Joel Pollak, and explained how climate change propagandists use fear and guilt to promote the false narrative of climate change. He said:

Fear has been used all through history to gain control of people’s minds and wallets and all else, and the climate catastrophe is strictly a fear campaign — well, fear and guilt — you’re afraid you’re killing your children because you’re driving them in your SUV and emitting carbon dioxide into the atmosphere and you feel guilty for doing that. There’s no stronger motivation than those two.

When they talk about the 99 percent consensus [among scientists] on climate change, that’s a completely ridiculous and false numbers, but most of the scientists — put it in quotes, scientists — who are pushing this catastrophic theory are getting paid by public money. They are not being paid by General Electric or Dupont or 3M to do this research, where private companies expect to get something useful from their research that might produce a better product and make them a profit in the end because people want it — build a better mousetrap type of idea — but most of what these so-called scientists are doing is simply producing more fear so that politicians can use it control people’s mind and get their votes because some of the people are convinced, ‘Oh, this politician can save my kid from certain doom.’

Moore warns that the false “climate change” narrative is an existential threat to reason. He said:

It is the biggest lie since people thought the Earth was at the center of the universe. This is Galileo-type stuff. If you remember, Galileo discovered that the sun was at the center of the solar system and the Earth revolved around it. He was sentenced to death by the Catholic Church, and only because he recanted was he allowed to live in house arrest for the rest of his life.

So this was around the beginning of what we call the Enlightenment, when science became the way in which we gained knowledge instead of using superstition and instead of using invisible demons and whatever else, we started to understand that you have to have observation of actual events and then you have to repeat those observations over and over again, and that is basically the scientific method.

“But this abomination that is occurring today in the climate issue is the biggest threat to the Enlightenment that has occurred since Galileo,” declared Moore. “Nothing else comes close to it. This is as bad a thing that has happened o science in the history of science.”

Moore concluded by saying that the global warming hoax, “is taking over science with superstition … There is no truth to this. It is a complete hoax and scam.”