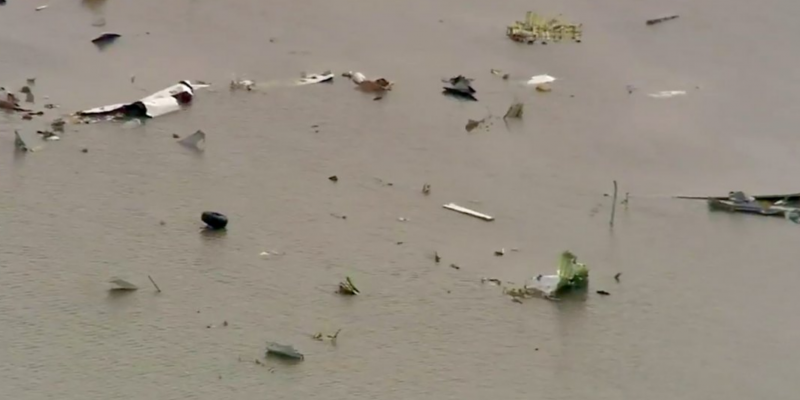 Saturday Chambers County Sheriff Brian Hawthorne announced that remains were found of the third person on board the Amazon cargo plane that crashed into the Trinity Bay just miles away from landing at the Houston International Airport. The sheriff confirmed the identity of the pilot, Captain Ricky Blakely.

Three people were on board; two bodies were recovered shortly after the crash.

NTSB investigators are investigating the cause of a 767 Atlas Air cargo plane that crashed near Anahuac, Texas.

The black boxes “should have all the conversations, whether the pilots were talking together or it was the control tower guiding them in discussing the weather issues,” Sheriff Hawthorne said.

“You just don’t have 767s falling out of the sky,” Josh Verde, a Houston aviation expert, said. “It hasn’t happened.”

“If I were in the shoes of an investigator, the piece of evidence or information that I’d want the most right now is the audio from that cockpit,” Verde explained. “I wanna know was there a struggle, was there a loss of control, was there communication between the pilots about just what exactly is going on. Those are very important pieces of this puzzle. Also, the flight data recorder will show us whether or not there was an intentional input to the flight controls of this aircraft right before this crash.”

Interested in more news from Texas? We've got you covered! See More Texas News
Previous Article Pew: All states saw population gains over past decade except for Illinois and West Virginia
Next Article Court to hear case of Roman Catholic priests who abused deaf, mute children for 50 years [video]