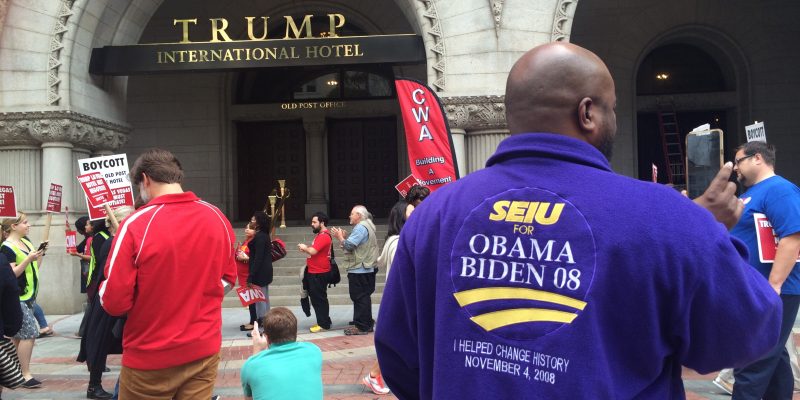 Less than a year after the U.S. Supreme Court’s decision in Janus vs. AFSCME, two of the largest public sector unions in the country lost more than 90 percent of their fee-paying nonmembers, according to annual reports filed with the U.S. Department of Labor.

“Most agency fee payers left,” said Patrick Wright, vice president for legal affairs at the Mackinac Center for Public Policy, Michigan’s conservative think tank. “The big question going forward is how many full members are going to join them.”

According to annual report filings with the DOL, unions reported little changes in their membership numbers, with increases attributed to retirees joining.

“And that’s exactly why the Janus case was so important for worker freedom,” Eric Boehm at Reason.com argues. “Individuals who choose to support a union can continue doing that, and those that do not want to fund union activities are no longer forced to do so. Far from being an outright attack on the right of workers to unionize – which is exactly what unions claimed the Janus case was – the Supreme Court’s decision allows all workers to do as they please.”

In Janus v. American Federation of State, County and Municipal Employees, the U.S. Supreme Court ruled that public workers were no longer required to make “fair share” payments to unions in lieu of joining the union as a full member. The court prohibited unions from forcing nonmembers to pay for collective bargaining and other expenses, arguing the mandatory fee violated the nonmembers’ First Amendment rights to freedom of association.

Justice Samuel Alito wrote for the majority opinion that a state’s requirement that a union must serve as public workers’ exclusive bargaining agent is a “significant impingement on associational freedoms that would not be tolerated in other contexts.”

Combined, AFSCME and SEIU lost more than 210,000 agency fee members after the Janus ruling. Their payments accounted for 70 to 80 percent of full union dues.

Loss of non-member agency fee payers resulted in AFSCME reporting a $4.2 million revenue loss in 2018. The SEIU reported an $8.6 million gain in revenue during 2018 despite losing members and fee payers, because it included 2017 funds for 2018 due to “accounting lags,” according to Bloomberg Law.

Other lawsuits challenge the unions’ ability to represent nonmembers during collective bargaining or restrict when former members can stop paying dues.

Among them were federal lawsuits filed in three different states by Ohio’s conservative think tank, the Buckeye Institute, on behalf of public employees. The institute sued on behalf of Kathleen Uradnik, a political science professor at St. Cloud State University, challenging the Inter Faculty Organization’s authority to represent her and other workers who aren’t union members.

The Buckeye Institute also sued on behalf of Jonathan Reisman, a public university professor, against the Associated Faculties of the University of Maine and among others, and on behalf of a Jade Thompson, a public school teacher against the Marietta Education Association and the Marietta Board of Education. The institute challenged the union’s authority to act as the sole representative for all workers in a bargaining unit.