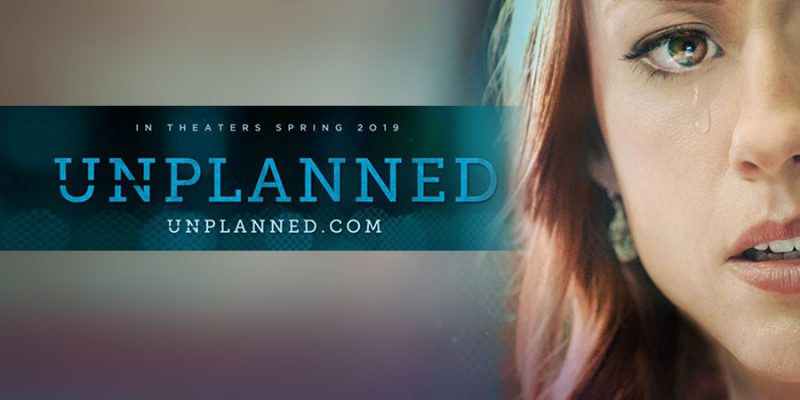 Despite receiving an unexpected “R” rating from the Motion Pictures Association of America (MPAA), the pro-life film “Unplanned” has exceeded expectations by bringing in more than $6 million in its opening weekend.

The film follows the life of former abortion advocate turned pro-life activist Abby Johnson. It received a coveted “A+” rating from CinemaScore, a feat reached by only two films per year.

At $6.4 million, the controversial film shocked critics by becoming one of the top five films at the box office on opening weekend. The film’s second weekend was also strong with a below average drop off in ticket sales of just under fifty percent, bringing in another $3.2 million.

Unplanned’s debut gained even more momentum after Twitter shut down the account due to a technicality, further motivating supporters to go see the movie. The account was eventually restored and supporters jeered upon the film garnering more Twitter followers than Planned Parenthood’s account.

Among those who contributed financially to the success of the film was American entrepreneur and MyPillow founder Mike Lindell who is rumored to have donated at least $1 million in production costs.

The CEO of the distribution company Pure Flix said,

“This film has been an overwhelming success. The amazing work of the filmmakers, actors and team behind bringing Abby Johnson’s story to audiences is helping to raise awareness to national and regional pro-life movements around the country. For one film to have such an impact with audiences that are showing up in such large numbers reinforces how important it is to bring this topic to audiences.”

“Every day I am waking up to messages about how people have been impacted by seeing UNPLANNED. Some walked in pro-choice and walked out pro-life. Others are finding healing from past abortions. And many are finally seeing for the first time that this is what abortion looks like. I am so encouraged by the success of the film and that people are bringing their friends and family, especially those who are on the fence about abortion. It’s my hope that UNPLANNED will be the catalyst to make abortion unthinkable, not only in this nation, but the entire world.”

Unplanned was developed by Chuck Konzelman and Gary Soloman who are also the creators of “Gods Not Dead”. For more information, visit www.unplannedfilm.com.