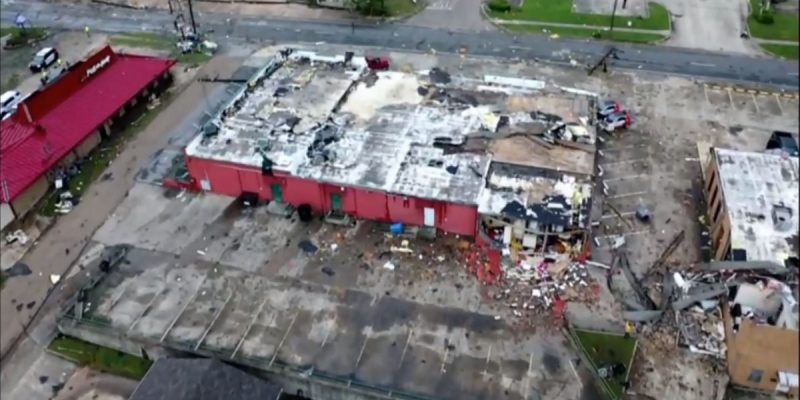 Today isn’t a great weather day in Louisiana, as tornado season is most certainly upon us.

Early this morning Ruston was pummeled by a major tornado which knocked out power, trashed a large number of buildings and even killed two people.

The tornado caused severe damage to buildings, vehicles and power lines and forced a local university to cancel classes.

National Weather Service hydrologist C. S. Ross said it appears the tornado cut a track over 130 miles (209 kilometers) from eastern Texas to near the Louisiana-Arkansas border.

Louisiana Tech University President Les Guice said on Twitter that classes were canceled Thursday. The university said no students were reported injured, but that trees and power lines were down in several places on campus.

The tornado was part of a severe weather system that pounded Texas with rain Wednesday, killing a woman and her two children whose vehicle was caught in flash flood waters.

The storm moved into Mississippi on Thursday morning.

Most of Southeast Louisiana is now under a tornado watch until this afternoon as well.

We found some drone footage of some of the damage, and it’s apparent this was a sizable whirlwind cutting a large swath through the city near to, and on, Louisiana Tech’s campus.

And some more, essentially from the same area. Boy, that Hibbett Sports and the Texaco Station sure took a punch, no?

And here’s one more longer clip of footage, mostly of the same areas near to and on the Tech campus…

Our prayers for the good folks of Ruston, and particularly for the families of the fallen. And best wishes for a successful recovery.