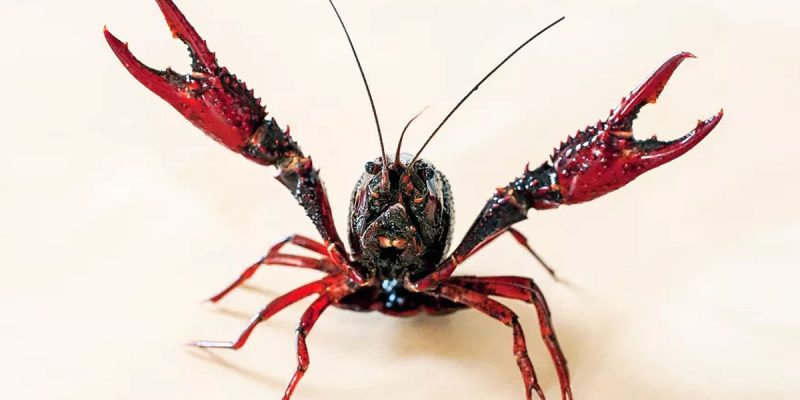 Here’s a funny clip from a hearin’ yesterday in the House Health & Welfare Committee at the Louisiana State Capitol about a bill, HB 335 by Rep. Truck Gisclair, that would require restaurants serving crawfish or shrimp to inform patrons that the seafood is of foreign origin if that turns out to be the case.

That’s an issue of some long standing in Louisiana and particularly where the state’s seafood industry is concerned – if you wanna be specific, the seafood people have ’em a pretty good case of de foix over the foreign mudbugs and swimps. For several years it’s been fairly obvious that the Chinese have been dumpin’ crawfish on the market in order to corner it, and some of the practices used in Chinese aquaculture – like dumpin’ steroids and other questionable additives into the water in their crawfish ponds – raise serious questions about quality and safety. Who wants to get sick eatin’ Chinese crawfish full of Spanish fly or somethin’?

At least that’s the narrative, which while it’s not wrong also oughta be understood as providing cover for something we should all recognize is protectionism from Louisiana’s shrimpers and crawfish farmers. They wanna preserve their market share against cutthroat foreign competition, like from Chinese Bandits who don’t play defense for LSU. And with demand not fully developed nationally and internationally, particularly where crawfish are concerned – see what you’ll get when people from outside Louisiana start tryin’ to cook and eat crawfish and it’s essentially pure horror, so it’s not a surprise the rest of the country hasn’t quite caught on to what a delicacy the mudbugs actually are – it’s no surprise to see attempt after attempt to shut down the state’s competition.

Not that anybody should particularly give a damn about the Chinese given their trade practices in other industries.

But regardless of the merits of Gisclair’s restaurant labeling bill, to the committee’s microphone came one Dean Blanchard, a shrimper from Grand Isle who decided to offer his two cents on the qualitative properties of Louisiana seafood, and promptly brought down the house…

The bill got out of committee with no opposition, so it’s moving. But it won’t get any more entertaining than it was yesterday.