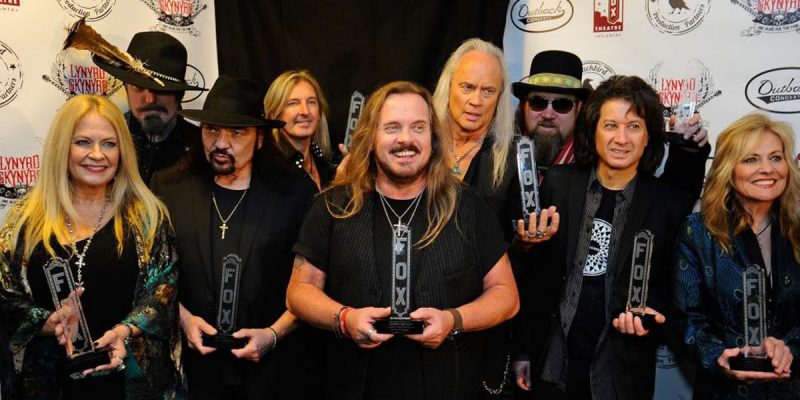 On Friday night I went with a friend to see Lynyrd Skynyrd and Hank Williams Jr. Her daughters had never been to a concert before and I encouraged her to bring them along- they were understandably less than enthused with one dutifully timing Freebird, agonizing with every change of the minute digit of a song she was sure was not going to end.

However I felt it was not just entertainment was a culturally important milestone.

There I said it.

Sure, it’s not a portrait of the Mary made of elephant dung or a photograph of a crucifix immersed in a jar of urine (both of which were prominently displayed in New York City art galleries), but music is a form of expression.  And southern rock is not just popular in the south, but across the globe as Skynyrd has tour date appearances in Europe and Canada.

In Hank Williams Jr you have not just the scion of the greatest country music singer of all time but a legend in his own right.  Bocephus took his father’s name but rather than making a career of mimicking his iconic daddy, Hank Jr created his own musical identity.

And Hank’s political opinions can be just as rowdy as his songs.

Williams paid an economic price for saying something that is comparatively tame to what is regularly regurgitated by the leftist dominated entertainment industry, comparing then-Speaker John Boehner playing golf with President Barack Obama to Hitler and Benjamin Netanyahu getting together on the links.

Fancy that, someone actually lost a job for referring to a sitting president as Hitler. Who’d have thought consequences for saying that was ever a thing?

Hank Jr and his signature Monday Night Football tune “All My Rowdy Friends Are Coming Over Tonight” were booted for six years for that transgression.

But bad press eventually goes away and the Twitter mob finds new targets to lynch on social media and  Hank Jr has returned.  Perhaps in light of Colin Kaepernick’s nonsense the league needed to mitigate the expensive perception that they are fully in the camp of the cultural left.

For his part, Williams has not exactly been contrite over the incident and included in his concert set his mocking song about Obama, “Keep the Change”.

Following Hank Jr was Lynyrd Skynyrd.  Yes the folks performing on Friday night were kind of like a cover band that plays Skynyrd as many of the original band members perished in a plane crash en route to a performance at LSU but they sound close enough to the original band.

Skynyrd is on their Last of the Street Survivors Farewell Tour and will likely close out what was known as the southern rock genre (though Kid Rock is kind of an extension of it).  The lead singer had a microphone pole tied with Confederate and American flags on it, though the rebel flag was only noticeable when he held it out as he dropped the “singing songs about the southland” lyric in Sweet Home Alabama.

Sweet Home Alabama may be the most southern song recorded in the past 50 years while Freebird has been considered the unofficial anthem of the South, possessing a powerful mixture of rock and gospel sounds.

Eventually even playing Lynyrd Skynyrd will become socially proscribed and their southern-pride songs will be exiled to the same memory hole that Dixie, a tune that was much beloved by Abraham Lincoln, has been deposited.

The Progressives never stop progressing, and the list of banned art, from statues to music to books to movies, never stops growing. That’s the essence of Cultural Marxism, an eternal struggle that must continuously consume.

Those two young bored ladies would have rather been watching a Britney Spears lip synched show (of this I can attest as I was not in charge of the Spotify blaring the famously troubled Kentwood native’s tunes on the drive home).

However some day in the future they might reflect that were once in the presence of not just musical legends and graying cultural icons touring their way towards oblivion but witnessed and heard the three chord death rattle of an entire musical genre.