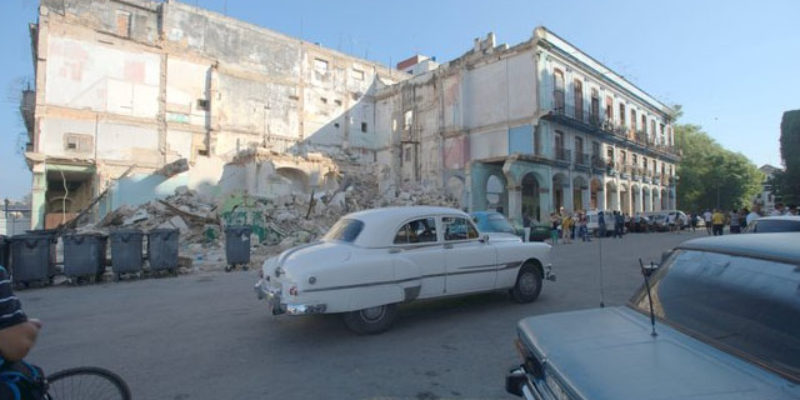 Communist-ruled Cuba is once again proving that socialism and communism are failures. Once again, the island nation is forced to implement rationing of basic food supplies.

The Cuban government is blaming the U.S. embargo, but most economists aren’t buying that. Instead, they’re blaming issues with the island’s economy.

The Cuban government announced Friday that it is launching widespread rationing of chicken, eggs, rice, beans, soap and other basic products in the face of a grave economic crisis.

Commerce Minister Betsy Diaz Velazquez told the state-run Cuban News Agency that various forms of rationing would be employed in order to deal with shortages of staple foods. She blamed the hardening of the U.S. trade embargo by the Trump administration.

Economists give equal or greater blame to a plunge in aid from Venezuela, where the collapse of the state-run oil company has led to a nearly two-thirds cut in shipments of subsidized fuel that Cuba used for power and to earn hard currency on the open market.

Cuba imports roughly two thirds of its food at an annual cost of more than $2.7 billion and brief shortages of individual products have been common for years. In recent months, a growing number of products have started to go missing for days or weeks at a time, and long lines have sprung up within minutes of the appearance of scarce products like chicken or flour. Many shoppers find themselves still standing in line when the products run out — a problem the government has been blaming on “hoarders.”

The Cuban import-export business is about as state-run as you can get. So is the food distribution business.

Food stores in Cuba are government-run and sell products ranging from highly subsidized to wildly overpriced by global standards. Every Cuban receives a ration book that allows them to buy small quantities of basic goods like rice, beans, eggs and sugar each month for payment equivalent to a few U.S. cents.

[…]Low-priced soap, rice, bean, peas and eggs will now only be sold in limited quantities per person and controlled through the national system of ration books, Diaz said.

Sales of those products at higher prices do not appear to be affected for the moment. The measures can be expected to have a serious impact on private business owners who often buy cheaper-priced goods at state stores in the absence of access to a wholesale market. Cuba maintains a total monopoly on wholesale commerce, imports and exports, with virtually no access for the country’s small but growing private sector.

Closer ties with Cuba is a favorite hobby horse of many in Louisiana. Louisiana’s farmers see an opportunity to export rice, soybeans, and other products to the island. Others like New Orleans Mayor LaToya Cantrell see Cuba as a model to be emulated. But until Cuba changes its failed economic and political system, it will not be doing much business with Louisiana.

The island produces nothing of real value. Much of that is due to the failure of Cuban central planning and the lack of a private sector that could generate real economic value.

The only real source of hard currency is reselling donated Venezuelan oil on the open market. Cuba’s current economic problems began when the socialist Venezuelan state-run oil company collapsed and oil shipments to Cuba were curtailed.

The only thing the Cuban socialist model has done is enslave and impoverish the island’s 11 million people. Until freedom comes to Cuba, that will not change.