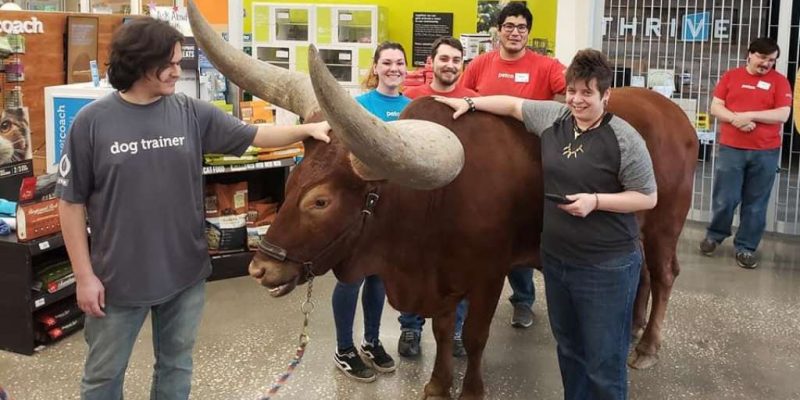 Vincent and Shelly Browning took their 14-year-old African Watusi, Oliver, on a playdate to the Atascocita Petco for the first time on March 17, 2019. He was a big hit.

Oliver weighs nearly one ton and enjoyed being pet by employees and customers. People also posed with Oliver, who wasn’t shy of the camera.

It’s not every day Petco customers and employees get to spend time with a Texas bull.

Vincent is a 1992 Bud Light World Champion Bull Rider and has raised Oliver since he was 6 months old. Oliver has traveled the southern states meeting new people, including this Texas Petco.

All photos are courtesy of Shelley Browning. 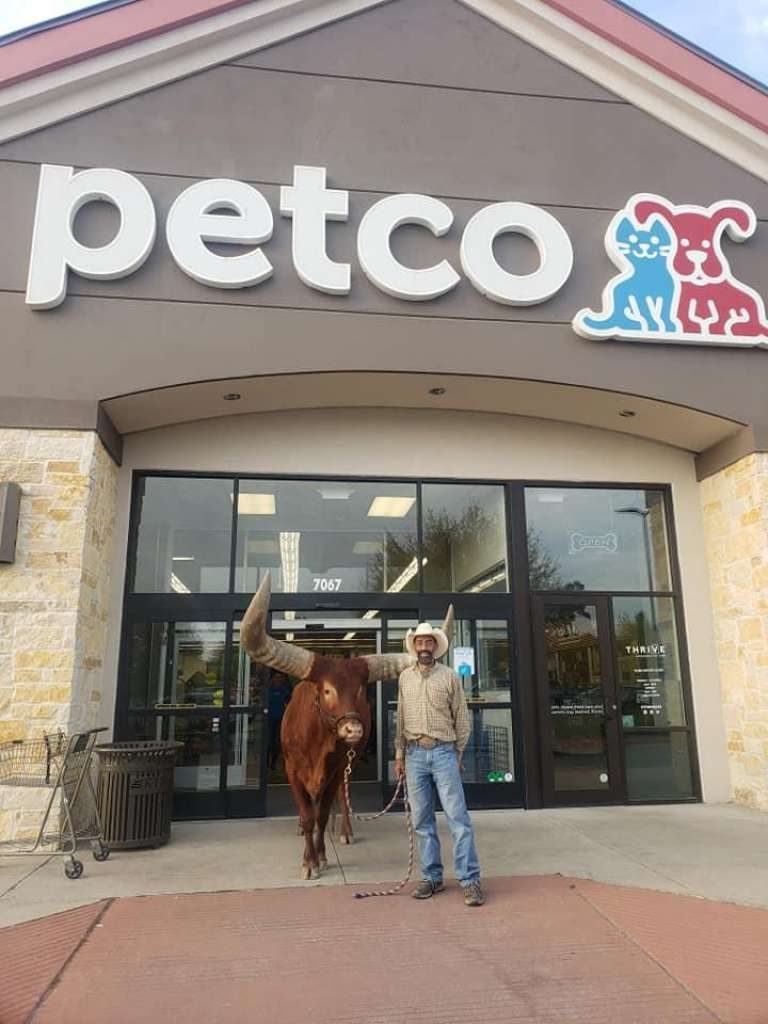