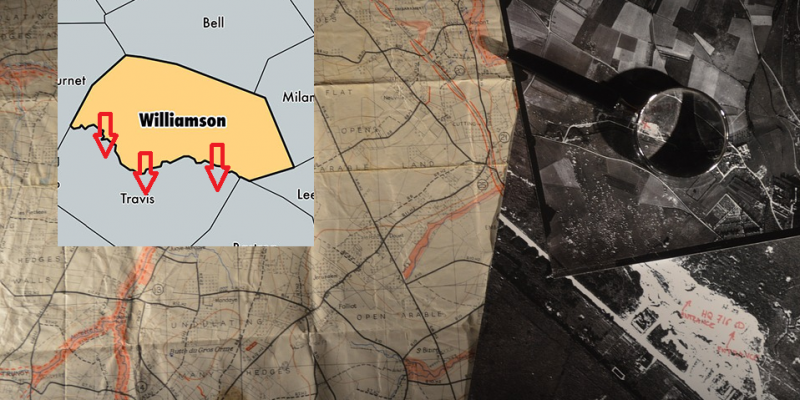 It wasn’t just Star Wars Day (“May the Fourth Be With You” and all that) and Cinco De Mayo contributing to the extra energy in the air over the weekend in Texas.

Saturday was Local Elections Day — the results of which signal that a conservative push-back against recent liberal gains in the “urban suburbs” has begun. Nowhere was that more apparent Saturday night than in Texas’ own capital (see some examples below).

Turnout was low as expected, with well-under 10 percent of the electorate turning out in most of these school board, city council, and utility district elections. This is par for the course in municipal elections, and at least one election is hanging by ONE VOTE as of the time of writing. In many cases, local political parties had to refrain from endorsements — often, a multi-candidate race will feature candidates from the same party running against each other. Historically, parties have shied away from local elections, but have in recent years embraced them, especially as liberals begin to circle the wagons against the Trump Administration and an increasingly conservative state legislative environment. In other situations, it was as simple as a conservative Republican versus a liberal Democrat with the lines of scrimmage clearly drawn. In either case, all of these races come down to GOTV (get out the vote) and it is clear that Austin-area conservatives are retaliating strongly after a series of wake-up calls in which liberals began to gain a toehold in the ‘burbs.

Below are a few examples of a conservative resurgence taking shape in the Austin area:

-Leander, the northwestern cusp of the Austin metro area, saw a trio of conservative challengers win with 64 percent of the vote or more. Joining recently elected conservative Mayor Troy Hill will be Kathryn Pantalion-Parker, Jason Shaw, and Chris Czernek. Empower Texans hailed the victory with the headline “Leander might finally be open for business.” Leander, one of the fastest growing suburbs in America, has restricted “big box” stores and laid down some strict development guidelines in an attempt to direct growth, but that also includes spending taxpayer funds on boutique shopping districts near the city’s Austin commuter rail terminus. City utility bills are also notoriously high, leading to upset conservative voters.

-Cedar Park, just to the south of Leander, had a significantly higher hurdle to clear being situated directly on Austin’s northwestern edge. But it looks like two members of a three-candidate conservative slate ousted one hard Democrat and a moderate Republican. Conservative rabble-rouser Tim Kelly defeated a longtime incumbent with around 53 percent of the vote, and Rodney T. Robinson is projected to oust a liberal candidate — though according to unofficial election results he has lost by one vote (provisional and military absentee ballots should put him over into the win category later this week). The established leadership at City Hall, though largely Republican, is comprised of two liberal Democrat Council members who were elected during the 2016 anti-Trump wave — whom the Republican mayor aggressively defended this time, launching allegations of outside PAC money (although it was clear the incumbents had more out-of-city donations). Liberal Austin City Council member Jimmy Flannigan, who had defeated one of the city of Austin’s last two representatives, was photographed campaigning for the incumbents.

-Round Rock, on Austin’s northeastern fringe, elected one Republican-supported candidate, Rene Flores, who received significant grassroots support in the form of campaign materials and door-to-door efforts.

-Pflugerville ISD, also northeast of the Austin metro area, elected a Republican to the school board by 56 percent. Brian Allen was backed strongly by a Pflugerville-based anti-tax activists and, as the only Republican candidate in his race, support from the local GOP in Travis and Williamson counties.

And for some bad news …

-In Dripping Springs ISD, to the south and west of Austin, two conservative challengers lost in a four-way race for school board. At issue was the development of a sexual education curriculum that included some objectionable content, resulting the creation of a local values PAC. The district is located largely within Hays County, which did not fare as well this time.

-San Antonio goes to runoff, with incumbent mayor Ron Nirenberg prevailing with a narrow lead over conservative challenger, City Councilman Greg Brockhouse. Though many more issues were at play in what is now Texas’ second-largest city, Brockhouse made a splash in opposing the city’s denial of an application by Chick-fil-A to open up shop at San Antonio’s international airport. Social conservatives were outraged by the Council’s decision to “ban Chick-fil-A” and provided significant ground support. The vote was around 49 to 46 percent with several lesser-known candidates taking the rest.

From the hip: The push-back has begun against the liberal invasion of Austin’s northern suburbs, but there is plenty of work yet to be done in terms of a) expanding the margin of victory, and b) defending the southern perimeter of Texas’ capital city. Campaign year 2020 will be tough as most voters are focused on federal issues and Trump’s coat-tails tend not to do as well in the so-called “urban suburbs.” However this local election was a necessary exercise for conservatives to identify new voters in a rapidly growing area and demonstrate that victories — especially on the Congressional and state legislative level — are still possible as notoriously liberal Austin grows outward.

Interested in more news from Texas? We've got you covered! See More Texas News
Previous Article SADOW: Voters Punish Bossier Schools Leadership
Next Article ONLY IN TEXAS would you see this at a Petco [video]