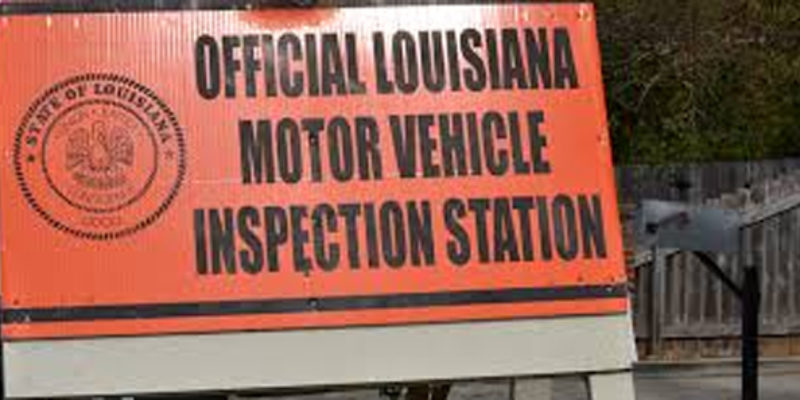 The Louisiana Constitution looked out for taxpayers on a controversial fee bill, and gives future legislators a chance to act more wisely in eliminating useless vehicle inspections.

HB 601 by Republican state Rep. Larry Bagley was part of a tag-team effort with HB 546 that would have rid the state of this unneeded task imposed on motorists. Only commercial vehicles and those garaged in areas subject to federal environmental actions would have needed to go through the process. This makes sense, as few states continue to require this with automobiles becoming far safer and reliable, plus police always can cite cars that obviously violate safety standards.

While HB 546 would have halted inspections and the fee, unfortunately HB 601 would have continued collecting the full fee amount, tacked on to vehicle registration. Those proceeds would have gone to hiring more state police.

Despite the compelling case against the procedure, it brought considerable resistance from special interests representing the inspectors, who receive almost half the fee. At first glance, this seems odd, because the $4.75 per vehicle probably wouldn’t pay for the time and effort to make a quality inspection. Because of that, in many instances the whole thing became either a joke or a con.

Although some stations perform a quality review in an honest manner, too many either shoot a glance at the car and slap a sticker on it regardless or find a way to contrive an imperfection and then try to wheedle the owner into expensive repairs on site. This behavior perverts the entire purpose, wasting drivers’ time without accomplishing the presumed goal of the program while transferring money to a special interest and to state government coffers. (Also, some fraudulent sticker scams subvert the program intent.)

With the state’s fiscal desires in mind, supporters thought they could overcome special interest lobbying efforts by promising more money to come into Baton Rouge through HB 601. Ironically, that very tactic scuttled the bill.

It turns out that Art. VII Sec. 5 of the Constitution not only determines the amount that can be charged, but it also specifies its use. For the intent of HB 601 to work, it would have to become a constitutional amendment, which at this date then would violate Art. XIII Sec. 1 of the Constitution that requires such filings no later than 10 days prior to the session. Thus, Bagley yanked the bill but pledged (assuming his reelection) to try again in 2021.

Yet if he retains the same strategy, that has little chance of success. An amendment requires two-thirds approval in each legislative chamber, which seems an impossible hurdle to overcome given industry pushback.

This is Bagley’s second try. A 2017 bill of his eliminated inspections but required owners to attest to the car’s safety, which could get around the constitutional limit on registration fees, and would have had them forward $5.25 to the state, cutting out inspectors. That bill the House Transportation, Highway and Public Works Committee killed without objection.

Bagley’s best option reverts to wiping out the inspection and all fees that would bring Louisiana in line with most states. His HB 546 in original form actually did that, before tying it to HB 601.

Obviously, the same special interests will try to defeat such a bill, but legislators should realize that getting rid of inspections and fees would save Louisianans over $30 million annually. Helping their constituents keep more of what they earn ought to take precedence over the desires of 1,500 station owners to continue an unneeded and wasteful practice.