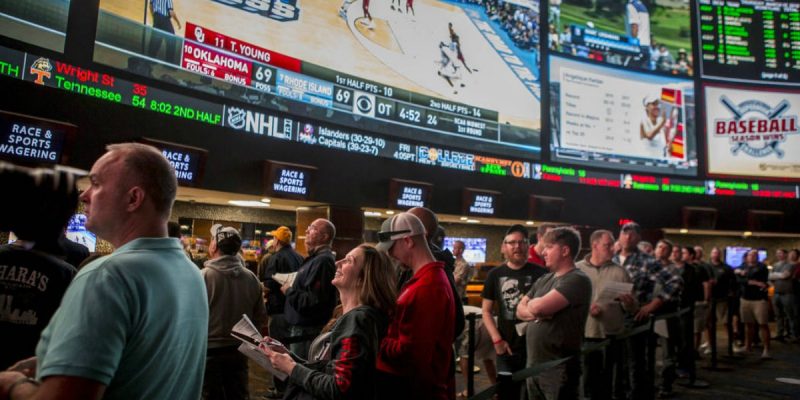 Since the Louisiana House Appropriations Committee killed SB 153, the bill by Sen. Danny Martiny which would have legalized sports wagering in the state, by a 14-6 vote yesterday there has been a good deal of wailing and gnashing of teeth by dissatisfied citizens. “This is why we can’t have nice things,” has gone the lament.

And along with the irritation came a question: who killed this bill, which seemed to enjoy fairly widespread public support?

There are lots of culprits. The fairly obvious ones are the social conservatives and the Louisiana Family Forum crowd, who claimed victory upon the bill’s demise. Dr. Will Hall, director of the Louisiana Baptist Convention Office of Public Policy, gave a fairly impassioned and persuasive speech in opposition to legalized sports betting in Louisiana during the committee’s hearing on the bill and made an impact. Hall noted that studies have been done indicating that Louisiana has the fourth highest incidence of problem gambling in the country, and expanding legalized gambling in the state is likely to only make that situation worse. Hall also cited studies indicating that when the costs of problem gambling – whether in criminal activity, lost purchasing power from gambling losses, family breakups or whatever – are added up the state’s economy is actually losing more than $100 million per year on gambling as it is.

Hall’s testimony mattered, as the 14 votes to kill the bill were all Republicans and while many of them – like for example committee chairman Cameron Henry and others like Julie Emerson and Johnny Berthelot – aren’t known as Baptists or otherwise in thrall to the Family Forum, it was pretty clear that the sentiment on the committee wasn’t in the bill’s favor.

That said, the bill was in major trouble before Hall offered his denunciation. Probably a considerably larger reason for its demise was the amendments larded onto it – the major one of those coming from Democrat Rep. Dustin Miller of Opelousas, who without opposition was able to blow open the bill to add video poker establishments to the list of entities eligible to open sports books. The bill as brought to the committee would have allowed sports betting at the state’s riverboat and land-based casinos, plus its horse tracks – about 20 locations around Louisiana. With Miller’s amendment that list would have swelled to some 2,800 potential locations.

Miller’s amendment did not come with an endorsement from the lobbyist for the video poker industry, Alton Ashy, who earlier this month had attempted to force customers of fantasy sports apps to enter the video poker establishments in order to participate in those contests. Martiny made a point of noting that the amendment might not have been intended to kill the bill but that’s exactly what it did.

And yet nobody objected to the amendment adding the video poker establishments to the bill.

From a libertarian perspective that’s understandable, of course – to get a license to run a sports book in Louisiana under the bill would have entailed a $100,000 fee paid up front and then the highest tax rate in the country paid on proceeds, so it would make sense to let practically anybody who thinks they could make a profit running a sports book under those circumstances give it a shot.

From a practical perspective, though, setting up some percentage of 2,800 bars, restaurants, truck stops and so on set up sports books and turning Louisiana into London or Manchester where there’s a betting parlor on every street corner was never going to be sellable.

We’re not sure what lay behind Miller’s amendment. It might well be that he was put up to bringing that amendment by Ashy and the latter decided to hang in the shadows rather than be made a public villain – it would make sense if that were true, given Ashy’s attempts to monkey around with the fantasy sports contests. The video poker people don’t seem to be too keen on the idea of getting more competition for the gambling dollar; their customer base isn’t generally a very well-heeled one, and any new means of legalized gambling can be expected to directly hit their market share. Killing Martiny’s bill is a respectable bit of strategic defense on their part if that’s what actually happened.

After Miller’s amendment went on the bill Wade Duty, who is the executive director of the Louisiana Casino Association, took to the witness table to oppose the bill. Duty said that the taxes and regulations imposed on the bill made sports betting at best a break-even proposition for the state’s casinos and therefore as amended it was worthless despite the effort made by the authors. And when Miller asked Duty if he’d be OK letting the video poker people have sports books and not the casinos Duty looked at him as though he’d just sprouted goat’s horns.

But if you watched the hearing what was also patently obvious about the bill was that its author is not somebody popular with the House Appropriations Committee, and the animus toward Martiny might have had more to do with killing his bill than anything else.

Danny Martiny has been around a very long time, and this is his last session in the Louisiana Senate at the end of a 12-year hitch. Martiny was in the House for 14 years prior to that, representing a district in Kenner. And in those 26 years in the state legislature Martiny is known as one of the lesser examples of Louisiana’s old-school, get-along-and-go-along crowd the current House majority wants to do away with. He hitched his wagon to Senate President John Alario a very long time ago and as a result Alario made Martiny the Senate’s Majority Leader. Martiny is also known as one of the chief killers of reform legislation in the Senate – including, most recently, opposition to tort reform legislation and beating back a very popular bill penalizing sanctuary cities in Louisiana advocated by Attorney General Jeff Landry.

Martiny also failed to make anything close to a persuasive argument for the bill. He said that sports betting already happens in Louisiana, whether under the table or because Louisianans travel to Mississippi or Las Vegas to place bets, or because they bet with offshore sports books online. All of that is true, but when Martiny then offered the information that he has a place on the Mississippi coast and when he goes to the casinos there he knows all the people he laid waste to his argument with the committee, most of whom seemed to find the whole thing distasteful. And when Martiny touted the revenue benefits to the state of sports betting, benefits which are quite meager (probably no more than $5 million per year, which could well be less than the increased costs to the state’s economy problem gamblers would impose), none of the conservatives in the committee seemed very interested in hearing it.

To say some members of Appropriations were laying in wait for Martiny and hoping to deny him a legislative achievement in his final session as revenge for some of his prior hatchet jobs on their favored bills might be too tame a statement.

Martiny’s reaction when his bill was brought up for an involuntary deferral by Rep. Beryl Amedee said it all. Amedee’s motion was followed by a substitute motion by Democrat Rep. Walt Leger to move the bill forward, and as the “no” votes mounted Martiny issued a terse “thank you for your time” and left the committee room before Amedee’s motion even got a vote – something which didn’t escape the notice of the committee, as Henry amusedly noted Martiny’s departure.

All of which is to say that sports betting might well make a comeback next year, and could ultimately pass in a different Louisiana legislature. But it will take a lot more articulate and organized effort to make that happen, and it will need a lot better bill sponsor than this year’s version had.

Interested in more news from Louisiana? We've got you covered! See More Louisiana News
Previous Article State Official Resigns: Texas Democrats Still Able To ‘Head-Hunt’
Next Article JBE Is Going To Have Some Problems On The Abortion Issue This Fall