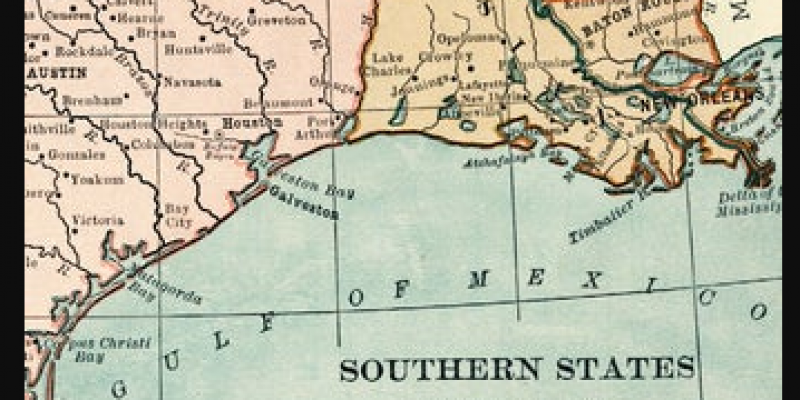 Gulf states Louisiana and Texas are among the states that dominate international trade in the U.S., according to a new report by the American Enterprise Institute (AEI).

And depending on the analyst, they could be negatively impacted – or not that much at all – by the ongoing trade negotiations with China.

The author of the AEI report, Mark Perry, professor of economics and finance at the University of Michigan’s Flint campus and AEI scholar, ranked each state’s volume of international trade activities as a share of their Gross Domestic Product. The report asks, “How important was international trade for each U.S. state’s economy in 2018?” And answers, “pretty important for most states, putting them at risk from the trade war.”

Ranking first is Louisiana with the highest trade share of GDP at 42 percent. The Pelican State is “the most globalized state in the U.S.,” Perry said, based on his analysis of data from the U.S. Census Bureau and the Bureau of Economic Analysis.

“Louisiana’s economy is dominated by a strong energy, manufacturing and agricultural presence – all of which depend greatly on international trade in order to maximize its potential,” Stephen Waguespack, president and CEO of the Louisiana Association of Business and Industry (LABI), told The Center Square.

“Over the last decade, we have seen a tremendous increase in liquified natural gas (LNG) exports and chemical expansions thanks to innovations in the energy industry that produce more affordable American energy than ever before,” he added. “Federal efforts to reduce taxes and regulations on these critical markets have helped greatly to enhance these offerings and, conversely, recent state government efforts to increase taxes and regulations on these job providers have thankfully thus far been stymied.”

Louisiana’s LNG exports in 2018 accounted for 86 percent of all U.S. LNG exports, which last year reached a record high of one trillion cubic feet.

“As an emerging energy powerhouse, the state of Texas as a separate nation would be the world’s No. 4 oil producer behind the U.S., Russia and Saudi Arabia, and that status has contributed to an increased share of the state’s GDP tied to international trade,” Perry notes.

Texas’ global trade share increased by 3.8 percent from the previous year, accounting for more than 40 percent of U.S. oil production and 24 percent of U.S. natural gas output in 2018. Forty percent translates to 15.94 billion barrels of crude oil reserves, which would fill more than 1 million Olympic swimming pools, according to the U.S. Energy Information Administration.

Through Texas’ 16 seaports and more than 380 airports, exports increased by more than 19 percent in one year.

Perry argues that “President Trump’s trade war is superficial and short-sighted because it ignores the complexities and dynamics of world markets and global supply chains, and ignores all of the unseen, delayed and hidden costs of trade protectionism that will make many 2016 pro-Trump, but trade-dependent American states like Louisiana and Texas weak again, not great again.”

“As we continuously seek feedback from our statewide business membership, it is clear these industries support a national policy focused on free trade and open markets,” he told The Center Square. “They also want to see foreign countries held accountable, to take aggressive steps to respect American intellectual property and trade agreements. The current efforts by the Trump Administration to negotiate new trade deals that better protect these key principles are being watched closely and will hopefully lead to new arrangements that improve prospects for American workers, investment and companies.”

After reviewing Perry’s analysis, Chuck DeVore, vice president of national initiatives at the Texas Public Policy Center, told The Center Square, “Not all trade is the same and not all ‘trade wars’ are created equal. Trade friction with Europe, Canada and Mexico has largely been resolved, leaving the People’s Republic of China as the last, and most significant, holdout for a comprehensive agreement.

“It’s China that will likely see a protracted ‘trade war’ with the U.S. – although, it’s not truly trade that’s at issue, rather, China’s pervasive stealing of American intellectual property, nontariff barriers, and systemic cheating on agreements are at the heart of the current trade tension.”

DeVore also notes that the bulk of Texas’ international trade is in energy imports and exports, and “the international energy market is highly fungible and flexible.”

“Should China shift its energy purchases to the Middle East, the total global demand for Texas’ oil and gas will remain the same,” he adds. “Historically, Texas’ trade with Mexico, Canada and Europe, have been of far greater importance than with China.”