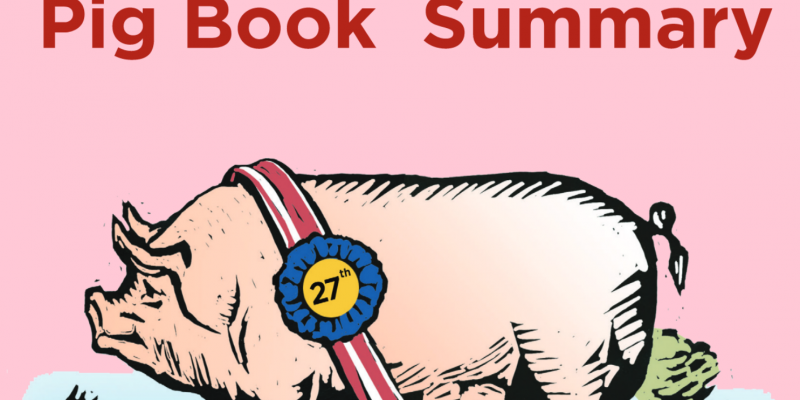 Citizens Against Government Waste released its 2019 Congressional Pig Book, the 27th edition of the group’s exposé on pork-barrel spending. This latest edition describes $349.8 billion in what it says is wasteful government spending since Fiscal Year 1991.

A “pork” project is a line item in an appropriations bill that designates tax dollars for a specific purpose in circumvention of established budgetary procedures, CAGW explains.

To qualify as pork, all earmarks listed in the book must meet at least one of CAGW’s seven criteria, but most satisfy at least two. The criteria are: 1. Requested by only one chamber of Congress; 2. Not specifically authorized; 3. Not competitively awarded; 4. Not requested by the president; 5. Greatly exceeds the president’s budget request or the previous year’s funding; 6. Not the subject of congressional hearings; or 7. Serves only a local or special interest.

CAGW President Tom Schatz announced the findings of the report with a pot-bellied pig called “Faye” from Richmond, Virginia.

The $15.3 billion in fiscal 2019 earmarks under President Donald Trump is the largest amount since Fiscal Year 2010.

The increase in pork barrel spending occurs behind closed doors and hidden from taxpayers, the report notes, and no names of legislators are attached to any of the earmarks. Worse still, they argue, limited information exists about where and how taxpayer money will be spent.

“The 2019 Congressional Pig Book reveals that Washington has the pork-barrel fever, and their only prescription is more earmarks. Dozens of members of Congress from both parties are publicly and privately lobbying for this wasteful and corrupt practice to return,” the report says. “Pushing pork does not drain the swamp and it won’t restore integrity to Washington. One of the best ways to clean up Washington’s addiction to waste is for Congress to enact a permanent, statutory ban on earmarks.”

The report is broken down by appropriations bills for agriculture, commerce, defense, energy and water, financial services, homeland security, interior, and several others. They include detailed reports of earmark increases.

The report also highlights wasteful projects, including an aircraft project that has been in development for nearly 18 years and is eight years behind schedule, now costing more than $428 billion in total and nearly double the initial estimate of $233 billion.

CAGW also highlights legislators as “Porkers of the Month,” who excel at wasting or increasing spending of taxpayer money. June’s Porker of the Month is Sen. Elizabeth Warren, D-Massachusetts, for “proposing a taxpayer-funded student loan bailout and ‘free’ college.”