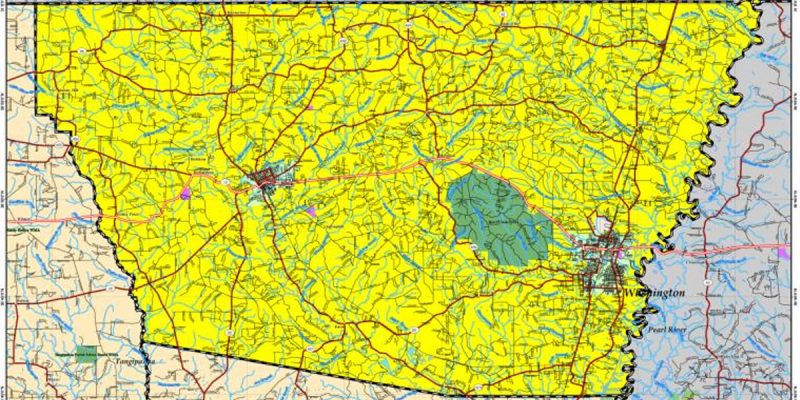 It flew under the radar, but it represents an encouraging sign of Louisiana inching away from its populist past of wasteful spending.

Unfortunately, there’s no way to claw back the over $2 million spent trying to obtain permission to flood a hundred acres or so of land in the parish spent over nearly two decades. The original idea would have spurred, the idea’s sponsors alleged, economic development and recreational opportunities along the artificial lake.

Which likely would have turned out as well as it did for residents of Richland Parish, where $40 million went to create Poverty Point Reservoir that made a few connected people rich. They included area legislator (now state Senator) Democrat Francis Thompson who brokered real estate deals around it; his brother Michael who ran its version of its governing body until convicted of malfeasance in that post; and Monroe’s Denmon Engineering, which oversaw the project and whose principals were Thompson allies. As for everybody else, they got stuck with a big hole in the ground filled with water.

But back then, Louisiana’s populist political culture burned brighter. Politicians kept insisting that the state should pour tax dollars into these areas, keeping with the idea that the state knew best with what to do with what people earned insofar as economic development goes, rather than sticking to basics such as roads and letting the market decide how best to grow the economy.

Francis Thompson, with the help of other influential legislators such as another former representative (and Democrat) turned senator (and Republican) Jim Fannin, tried to export this model statewide. They found a willing acolyte in Democrat former state Sen. Ben Nevers, who along with former Republican state Sen. Jerry Thomas kickstarted the Washington Parish effort.

However, they encountered vocal resistance from many residents to whom the federal government listened, which led it to deny permit after permit for the WPRC to start the digging. Yet it took a long time to turn the tide, with Nevers fighting tooth-and-nail to keep the dream alive, even after he left the Senate.

A close ally and friend of Edwards, Nevers served as Edwards’ first chief of staff and managed to water down a bill by his successor Mizell (whom he barely defeated for reelection in 2011) in 2016 that stripped the WPRC of many of its powers and tried to repurpose it. Mizell wanted to kill the body then and there, but Edwards Administration intervention made her settle for emasculation.

Yet perhaps the turning point came in 2017 when the Louisiana Legislative Auditor issued a pessimistic report about it fulfilling its original purpose. Nevers had retired by then and Edwards needed not to give his political opponents ammunition confirming his tax-and-spend ways. Thus, Mizell swooped in this year to deliver the coup de grace that Edwards countenanced.

That Edwards and his government-as-venture-capital-investor cronies in state government capitulated demonstrated the eroding populist ethos. In Louisiana, obviously it has some staying power – witness the Motion Picture Investor Tax Credit that has given away around a net $1 billion to employ a few thousand people and enriched mostly wealthy non-residents in exchange for mostly forgettable films and television series – but it has started to go on the defensive.

Voters, as reflected in the individuals they send to represent them in Baton Rouge, increasingly have become skeptical of the idea that government knows best how to manage economic development. This leads to a less expansive view on the role of government and, ultimately, its size and greater sympathy in letting people keep more of what they earn.

That strikes at the heart of liberal populism, which argues for government gathering more resources for redistribution purposes. While SB 201 is a small victory, hopefully it’s one of many that gives Louisiana government the course correction its people need badly.