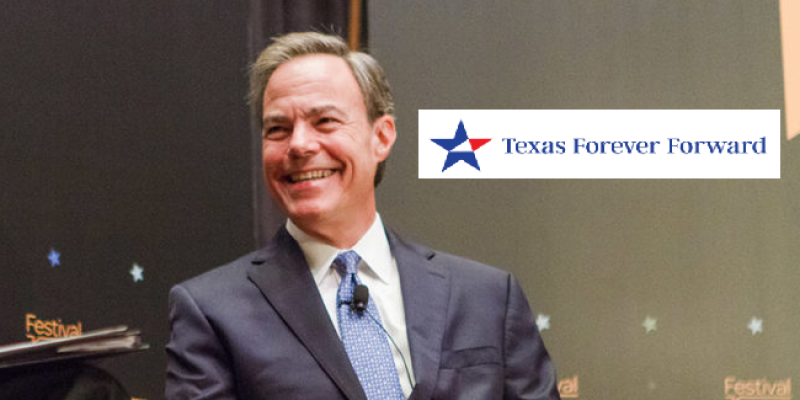 Just before the June 30 campaign finance filing deadline, Speaker Joe Straus has unveiled a new PAC to support candidates in the 2020 election cycle.

Though no filings could be found at time of writing, Texas Forever Forward stands to tap into Straus’s $7.9 million war chest that was relatively left intact during the 2018 campaign year. According to state political bulletin Quorum Report Straus dropped in $2.5 million as a seed.

It’s not unusual for a House Speaker to have a PAC and use it to support friendly candidates and incumbents, then spend any remaining balance.

Former Speaker Tom Craddick had his Stars Over Texas PAC, which seems to have made its last expenditure in 2011 and supported friendly candidates during his tenure as Speaker. Craddick left office in 2009 when Straus was selected by a coalition of Democrats and Republicans in an even-split legislature.

Former Speaker Pete Laney had the Texas Partnership PAC, founded during his speakership in the early ’90s to support incumbent Democrats (then the majority party). Its last expenditure was in 2003.

For Straus, by contrast, the infusion of cash and organizational structure represents much more than a legacy PAC to spend leftover funds. Rather, the PAC has a mission to support candidates who “promote a message that is optimistic, inclusive, entrepreneurial and future-focused, and advance a shared vision to create the greatest possible opportunity for future generations of Texans.” Former Texas Supreme Court Chief Justice Wallace Jefferson is serving as the group’s treasurer with Straus as the chairman.

Straus represented a wealthy northern San Antonio district in the Texas House from 2005-19. He was elected Speaker of the House five times and served in that role from 2009-19.

From the hip: We translate the PAC’s list of principles below to ascertain what their goals may be:

Public education is our greatest economic development tool, and it’s critical to make meaningful, sustainable investments in Texas students = Public education funding increases but no substantive expansion of school choice as a substitute.

A diverse, outstanding system of higher education offers every Texan a path to a brighter future and fuels economic growth across the state = More taxpayer funds for state colleges and universities, with nothing said of re-regulating skyrocketing tuition and fees or reining in a recent explosion in campus construction.

In order to remain a pro-business state that attracts economic activity and talented workers, Texas should embrace diversity and promote inclusive, non-discriminatory policies and laws = without a doubt, no “bathroom bills” and more SOGI policies designed to enshrine pro-LGBT goals into state law that have been cheer-led by chambers of commerce and corporate PR departments.

Strategic investments in our infrastructure – in a modern transportation system and a reliable water supply – provide the foundation that a fast-growing state requires = continuation of water conservation efforts in Texas (an often-understated accomplishment of Straus’ speakership) and likely a signaling of support for the continued expansion of toll roads.

Effective treatment of behavioral health challenges will vastly improve millions of Texans’ quality of life = Mental health funding for schools and intervention, a long time goal of state leaders. This may also have something to do with efforts to prevent mass shootings with behavioral and mental health screenings.

Government should be transparent and accountable in its stewardship of taxpayer dollars = verbatim.

Greater participation in our democracy will strengthen our discourse and lead to better policy outcomes = the use of the word “democracy” rather than “republic” could in and of itself could be a signal to moderates — in his earlier years as Speaker, Straus put a high premium on civility and dialogue, though taking a more aggressive turn toward certain social and fiscal conservatives following the 85th session.

There’s a lot to appreciate about Straus’ business conservative stances and ability to build a coalition during a time when the Texas Legislature was at times evenly divided between Republicans and Democrats. This PAC could serve as a vehicle for moderate Rs looking to unseat so-called “bomb-throwers” in the Legislature, and will at least make the GOP Primary more competitive. Though nothing has been said of whether the PAC will focus on the primary or the general (or both) the timing of the announcement indicates it is poised to enter the primary season with all guns blazing.

If there are any doubts on the above: Speaker Straus’s bio on the PAC’s website quotes a Dallas Morning News article in which Straus was hailed as Texan of the Year — that Speaker Straus “protected Texas from some of its worst political impulses, prevented serious damage to the economy and brought together enough bipartisans to check the far-right dominance in the Republican Party.” The inclusion of the phrase “far-right” was not by accident.

Expect this PAC to be a major player in the 2020 Republican primary races.