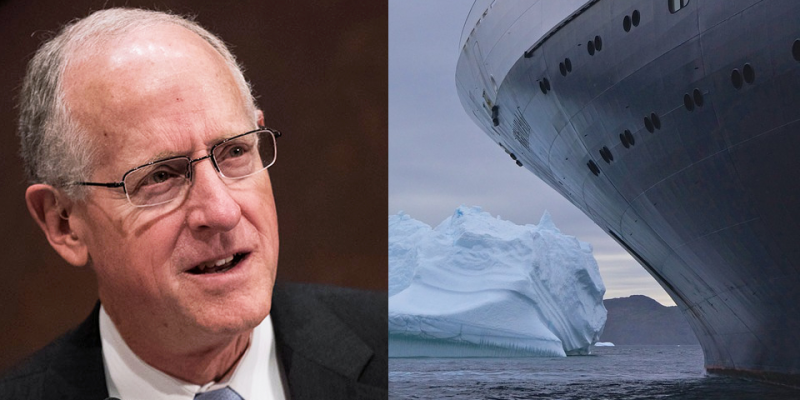 Congressman Pete Olson‘s retirement announcement last week may have been the tip of what some fear could be an iceberg of other decisions by GOP Representatives to not seek re-election.

Congressional retirements, though not uncommon during a break and months before filing for re-election, are coming earlier than usual (typically they come after the August recess), and now include two Republicans from Texas.

Add Congressman Mike Conaway of Texas to that list, along with fellow Republicans Reps. Paul Mitchell of Tennessee, Martha Roby of Alabama, and Rob Bishop of Utah who is rumored to be seeking the governor’s seat. Reps. Susan Brooks of Indiana and Rob Woodall of Georgia announced their pending retirements earlier. At least two others, Reps. Bradley Byrne of Alabama and Greg Gianforte of Montana, are exploring other offices.

Whether this is the case of chilled re-election prospects remains to be seen. According to The Hill.com, “transitioning from the all-powerful majority to the back-bench minority can refocus one’s outlook on public service,” which may accelerate a trend in retirements, said Tom Davis, a former Virginia congressman who ran the National Republican Congressional Committee (NRCC).

“Moving from the majority to the minority changes your mindset about why am I here, am I getting things done […]” Davis said, via The Hill, who predicted the districts affected are relatively safe.

According to our analysis of Olson’s situation, it may have more to do with the member his/herself or an inability to connect with new constituents under ever-changing demographics, especially in the suburbs. It may also be that Olson’s conservative credentials were anemic and failed to excite his base as his Democratic opponents came closer to ousting him at the ballot box.

Conaway, on the other hand, has consistently polled around 80-90% at the ballot box and ranked high or low on conservative rankings depending on the source. His name ID is high, well-known for having temporarily chaired the investigations into allegations from the left about Russian meddling in U.S. elections (they didn’t find anything under a GOP majority House, either). He represents a wide swath of Central and West Texas that is unlikely to ever vote for a Democrat unless there’s a major tectonic shift in American politics. It’s safe to say that Conaway is retiring for personal reasons.

Roby and Mitchell (at least) are in similarly secure districts for Republican successors.

Still, it won’t be a festival going in to the next Congress for Republican members. No party has gone from the minority to the majority in a presidential election year since Republicans won a narrow majority in 1952 — the year Dwight Eisenhower won the presidency, The Hill pointed out.

During the 2018 cycle, also according to The Hill, 24 Republicans won their reelection bids within 5% and another 25 won by a margin of less than 10%.

From the hip: The motivations for recent Republican decisions to hang it up in Congress are various (leave on a high note before you get beat by a Democrat, leave now before you get primaried, leave while the district is still secure so someone else can play for the Bad News Bears, strike while the iron’s hot and run for a more enjoyable office, etc.). The left-leaning media is salivating at the opportunity to prognosticate a massive exodus of Republicans fearful of a sustained Blue Wave (the article we cited from TheHill.com is Exhibit A of that).

But we must look to history as a guide for a saner look at the situation before us. Campaign year 2018 was indeed a recent high water mark for GOP members deciding to hang it up: 39 Republicans and 18 Democrats, chief among them Speaker Paul Ryan. The previous record took place in 1992 when 41 Democrats and 24 Republicans decided not to run — the all-time record, according to Pew Research.

Uncertain political times results in uncertain career prospects for members (imagine that). Remember the scenario between 1991-92: George Bush was running for re-election — riding stratospherically high after Desert Storm but taking a nosedive in the polls during a rough 1992 election cycle in which Arkansas Governor Bill Clinton rose to prominence. No one knew what was going on, then, as many states were flipping from Southern Democrat to Republican, the economy was slowing down, faith-based politics was going through something of a renaissance, and your average voter was fixated on “read my lips: no new taxes.” Again, the reasons for each Democrat and Republican in the 1992 campaign cycle to not seek re-election were legion. And we cannot rationally point to a singular reason in the lead up to 2020, though we can expect many more retirements after August. But it likely won’t be any more than 40 voluntary departures, at max, and around 20 if we’re being conservative.