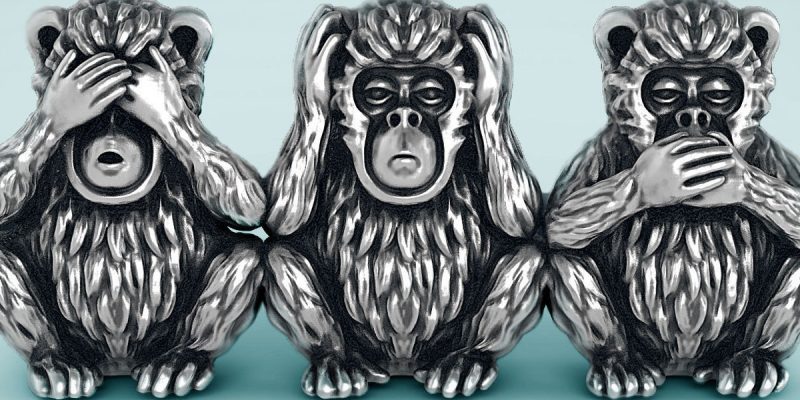 Should Democrat Gov. John Bel Edwards join some of his party’s counterparts in worrying about the far left policies trumpeted by its presidential candidates? Not if he adopts the Three Wise Monkeys posture.

Some Democrats in their state’s highest office do worry about how the extremist preferences on a multitude of issues including health care, immigration, abortion, and restructuring the American economy will reflect upon their own fates. Recently, New Mexico’s Michelle Lujan Grisham, Rhode Island’s Gina Raimondo, and Michigan’s Gretchen Whitmer all voiced concern that campaigning for the party’s 2020 nomination, in the words of Grisham, “scares people.”

Raimondo is way underwater with the latest poll putting her at 38 percent approval. Grisham may join her, as at 44 percent that approval barely outdistances disapproval of her. Whitman has a bit more peace of mind, for while at 44 percent approval as well her disapproval is ten points lower. For his part, Edwards enjoys 47 percent approval compared to 34 percent disapproval – numbers indicating not a shoe-in for reelection, but with a decent chance. While almost no one who disapproves of a governor’s performance will vote for him, some who express approval will defect to challengers who they see as potentially better.

Yet of the four, despite his presence in a solid red state, Edwards may have the least concern about how these candidates influence his own fortunes, for two reasons. One is the state’s outlier elections calendar, which almost alone among the states conducts state elections in the year prior to a presidential election. Even though the rhetoric already has started flying for the nomination, most voters don’t really tune in to until primary and caucus campaigning begins. By then in Louisiana, the gubernatorial election long will have concluded.

Two of the female Democrats face anxiety because they will run again in 2020, while term-limited Raimondo, as president of the Democratic Governors Association, speaks generally about the headwinds her party would face in 2022 if an extremist Democrat somehow can knock off incumbent Republican Pres. Donald Trump. But Edwards never will have to face voters again if he can manage reelection.

Also, Edwards mostly has avoided digging his own grave on salient issues. While he has marched in lockstep with national party elites on many issues, such as expanding government-provided health insurance, assenting to higher taxes and spending, and increased government regulation over business such as backing minimum wage increases, he has found some social issues where he can stay in step with Louisiana’s voter majority to deflect attention from these others. For example, Grisham has gotten into trouble for full-throated support of abortion in her Catholic-plurality state; Edwards by contrast has assented to legislation further regulating abortion in his Catholic-plurality state.

In the final analysis, Edwards needs to ignore as much as he can what his party’s presidential candidates advocate. While he can’t dodge everything national Democrats do – witness his getting boxed into insinuating that Trump and GOP gubernatorial candidate Ralph Abraham are racists – he can prevent own-goals by pursuing this strategy.

So, as far as his campaigning goes, for Edwards relative to his party’s presidential candidates, it will be see no evil, hear no evil, and speak no evil.

Interested in more national news? We've got you covered! See More National News
Previous Article Conaway Latest Congressman To Hang It Up: Does This Signal Disaster for GOP?
Next Article Yep, The Circus Definitely Came To Town Today…