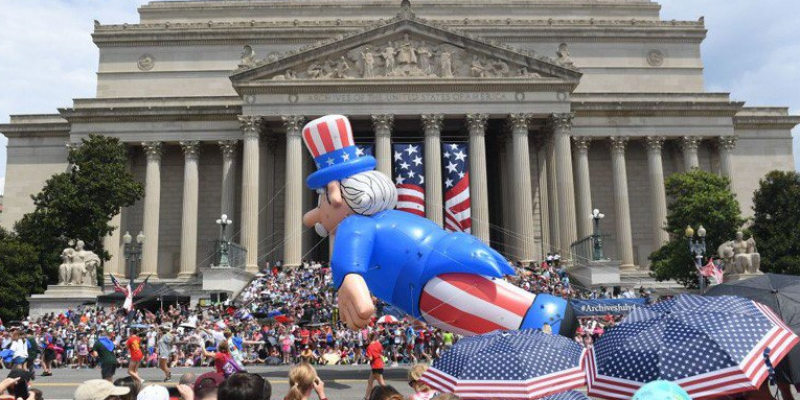 President Trump’s tribute to the U.S. Military and to America’s history was spectacular. A full parade followed by Trump’s speech with American fighter planes flying overhead to a full military band playing patriotic songs during and an incredible fireworks display, tens of thousands of Americans came to Washington, D.C. to celebrate Independence Day.

President Trump: “On this day, 243 years ago, our founding fathers pledged their lives, their fortunes and their sacred honor to declare Independence and defend our God- given rights.” pic.twitter.com/BWR1rJJMmb

After failed to find any empty spots in the national mall, the lefts now say the $2.5 M expense on #SaluteToAmerica parade is too costly.
RT if you are happy to pay your fair share! pic.twitter.com/fpA4vctC88

Proud to join President @realDonaldTrump at the Lincoln Memorial today for the #SalutetoAmerica. We will always be proud to honor and pay tribute to this great country and those who serve and sacrifice to protect it. God bless the USA and happy #IndependenceDay! pic.twitter.com/rHj6s5UIAV

From our vantage point at the Pentagon.

For those who couldn’t come and who had to work.

Or who just want to celebrate the Greatest nation on Earth.

(Thank you A. and C.) pic.twitter.com/Z1UVQxECAO

We're the home of the free because of the brave.